Challenges for Arab economies after uprisings 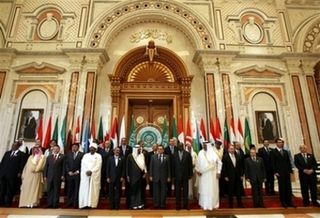 “Most economies hit by the Arab Spring uprisings will recover only slowly next year as they grapple with high inflation and rising unemployment due to poor global conditions, the International Monetary Fund predicted in a report on Sunday”.

In its twice-yearly outlook for the Middle East and North Africa, the global lender said a partial return of political stability could permit somewhat faster growth in Egypt, Jordan, Morocco, Tunisia and Yemen during 2013. But weak demand in Europe and other regions will weigh on the Arab Spring states. In many of those countries, exports are dwindling and have not yet bottomed out.

While they were previously expected to start recovering strongly this year which has not happened. “Contraction has stopped, but we still have growth rates that are barely keeping up with population growth, and certainly well below what is needed to cut unemployment,” he told in a news conference.

The IMF forecast total gross domestic product in the five countries would expand by 3.6 percent next year, accelerating from an estimated 2.0 percent this year and 1.2 percent in 2011. In 2010, the year before the uprisings, GDP grew 4.7 percent. Because of sluggish global demand, the group’s current account balance of trade in goods and services will improve only marginally next year, to a deficit of 4.6 percent of GDP from this year’s 5.4 percent deficit, the IMF predicted. It suggested some countries should consider allowing greater flexibility in their exchange rates – code for permitting their currencies to depreciate – in order to stimulate exports.

Analysts believe the IMF may be urging Egypt to let its pound depreciate in talks now underway on a $4.8 billion IMF loan to Cairo. But Ahmed did not specify which countries the IMF felt should consider depreciation. Weaker currencies could fuel inflation, which the IMF forecast would rise to 8.6 percent for the group next year, the highest level since 2008, from 7.8 percent this year. Inflation is expected to rise in Egypt and Morocco as they try to curb their large budget deficits by scaling back food and fuel subsidies, the IMF said. Political turmoil has prompted Arab Spring states to try to buy social peace by boosting spending on welfare steps such as subsidies.

The IMF predicted the five countries’ combined budget deficit would shrink only slightly next year, to 8.0 percent of GDP from 9.1 percent. Ahmed said he was concerned countries were still not making difficult decisions to cut their deficits. “Some countries are financing current spending, much of it in subsidies, by cutting back on investment, mortgaging the future of the economy,” he said.
The Libyan instance, which ousted its dictator Muammar Gaddafi last year, is a spectacular exception to the pattern of slow recovery among Arab Spring because of its oil wealth.

Oil output is returning to its pre-civil war level faster than expected, the IMF said. The country’s GDP shrunk 60 percent last year but is expected to rise 122 percent this year, 17 percent in 2013 and 7 percent annually on average between 2014 and 2017, assuming the domestic security situation improves, the IMF predicted. It forecast Libya would run a huge state budget surplus of 19 percent of GDP in 2012, and a current account surplus of 22 percent. Inflation shot up to 16 percent last year because of the civil war’s damage to factories and transport systems, but it is likely to fall to 10 percent this year as business becomes more normal and drop to just 1 percent in 2013.(M. Umar Farooq Baloch)