DON’T WE CALL THEM TRAITORS? 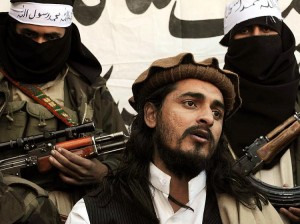 A few media groups, some journalists and so many NGOs belonging to the Indian lobby in Pakistan are now-a-days earnestly working for the approval of free-trade facilities between Pakistan and India. If unluckily approved, such trade policy would prove a catastrophic disaster for Pakistan.  The ever-worst energy crisis in Pakistan has badly affected the industrial sector. The industrial units which have the capacity of working round the clock are compelled to work only for six to eight hours a day. This situation is not only making lives of the labourers a hell but also increasing the cost of production. Moreover unfriendly taxation policies of the government and callous behaviour of government official with the business community and unnaturally hiking fuel prices are also adding a lot to the troubles and miseries of the industrial sector in Pakistan. If a free-trade policy is introduced between Pakistan and India, the industrialists of Pakistan would not be able to compete with the Indian products in this situation. Though the ‘made in India’ products   would be inferior in quality but no doubt would be cheaper in rates at the same time. It would be very much easy for them to conquer the Pakistani market. Ultimately the industrialists in Pakistan would either shift their machinery and investment to Bangladesh or to India or they would become importers rather than manufacturers. This situation is very much alarming. In the name of friendship we must not allow our enemy to shatter and scatter the very foundations of our country.

A recent survey organized by the Pew Research Center Washington regarding the popularity of US in Pakistan says, “Roughly three-in-four Pakistanis (74%) consider the U.S. an enemy, up from 69% last year and 64% three years ago. And President Obama is held in exceedingly low regard. Indeed, among the 15 nations surveyed in both 2008 and 2012 by the Pew Global Attitudes Project, Pakistan is the only country where ratings for Obama are no better than the ratings President George W. Bush received during his final year in office”. This hatred has no doubt very solid reasons and very realistic grounds. In the name of so-called war on terror and in the name of suspicious desire for peace, the US policy makers have deprived the people of all these above mentioned countries particularly the people of Pakistan of all peace and prosperity.

When we analyze the situation particularly with reference to Pakistan, we find this passion of hatred not alone for the US but for India also. Be it the worsening law and order situation of Baluchistan or incidents of targeted killings in Karachi or suicidal attacks in Khaiber Pakhtun Khawh, the Indian intelligence agencies are active everywhere and unfortunately most of these notorious activities of India are strongly patronized by the US. Though the security agencies of Pakistan are doing all their best possible to counter the involvement of Indian agencies in Pakistan but they have their own limitations. With their limited resources, the security agencies of Pakistan have been trying successfully to compete with the agents of the CIA, MI6, Mussad and the RAW for the last many years and  it is simply the skill and devotion of Pakistani security agencies that US has yet not succeeded in its plan of disintegrating Pakistan in collaboration with India. Unfortunately in spite of having the knowledge that India is playing a very poisonous role in making Pakistan destabilized, some media houses in Pakistan, some journalists and some NGOs are continuously trying to popularize the idea of Indo-Pak friendship. They are doing their all effort to give a false impression to the people of Pakistan and to the world around that solution to all problems of Pakistan lies in cordial and friendly relationship with India. They are also propagating the thought that no one but only the Armed forces of Pakistan are creating hindrances in the way to Indo-Pak friendly relationship.

As far as the idea of cordial relationship with the neighbours is concerned, no one in Pakistan is against this idea but as far as role of India is concerned, India in itself is a problem not a solution to the problems. Just glance at the state of affairs particularly in the last two decades , you would find a lot of disturbances regarding water issues, insurgencies, terrorism, spy-networking and defaming of Pakistan at international level; all supported by India. Here I remember the prediction of some prominent Indian congressmen like Pundit Jawaharlal Nehru, Vallahbahi Patel, Kirpalani and others that the truncated state of Pakistan will collapse and fall apart within two to five years.

From the day one they were of the opinion that Pakistan is not economically, geographically, politically, racially or culturally a viable state. Now the whole of Indian machinery is trying its best to make this prediction true.

The Armed Forces of Pakistan have no practical role in creating hindrances in the way to Indo-Pak cordial relationship. The Pakistan Army is purely a professional institution which works under the direct command of the democratically elected government of Pakistan. The army has nothing to do with the making of policies and doing decisions regarding Pakistan’s relations with the neighbouring countries. The responsibility of the Pakistan army is just to look after the borders of the country and chain down the culprits who pose to be a threat to the solidarity and sovereignty of the country and in this reference the army is always guided and directed by the government of Pakistan. But at the same time it is next to impossible for the army to extend a hand of friendship to those who always dream of proving Pakistan a failed state.