By Basil Katz and Jessica Dye

NEW YORK (Reuters) – The FBI on Wednesday arrested a Bangladeshi man in a sting operation on charges he attempted to blow up the New York Federal Reserve Bank with what he believed was a 1,000-pound (450-kg) bomb, federal authorities said.

Quazi Mohammad Rezwanul Ahsan Nafis, 21, faces charges of attempting to use a weapon of mass destruction and attempting to provide material support to al Qaeda, the U.S. Department of Justice said in a statement. If convicted, he faces life in prison.

The FBI said the public was not in danger because the explosives provided to Nafis were never in working condition and the suspect was closely monitored by the undercover agent – highlighting a script law enforcement has employed several times this year in similar cases, including one in Washington and another in Ohio.

“Attempting to destroy a landmark building and kill or maim untold numbers of innocent bystanders is about as serious as the imagination can conjure,” said Mary Galligan, FBI acting assistant director-in-charge. “The defendant faces appropriately severe consequences.”

In an initial appearance in federal court in Brooklyn on Wednesday, Nafis wore a plain brown crew-neck T-shirt, dark-colored jeans and sneakers. He barely spoke during the brief hearing, mumbling answers of “yes” to questions from U.S. Magistrate Judge Roanne Mann.

According to the criminal complaint, Nafis traveled to the United States in January 2012. Once in New York, he claimed to be in contact with al Qaeda members overseas, although federal agents found no evidence that he was working for al Qaeda or that he was directed by the organization, according to a U.S. official who declined to be named.

Nafis considered several targets for his attack, including the New York Stock Exchange and a high-ranking government official, whom the U.S. official identified as Obama.

In the end, the criminal complaint said, Nafis decided to focus on the Federal Reserve Bank in lower Manhattan, which stands like a limestone and sandstone fortress atop what is believed to be one of the world’s largest stockpiles of gold.

To create a cell to help him carry out the bombing, Nafis began to seek out recruits, eventually bringing on board an undercover agent working for the FBI.

The two met on Wednesday morning and traveled by van to a New York warehouse, where Nafis assembled what he thought was a 1,000 pound bomb, before driving to the Federal Reserve Bank, among the most secure and guarded buildings in Manhattan.

After parking near the bank, Nafis walked to a nearby hotel and recorded a video statement in which he said, “We will not stop until we attain victory or martyrdom,” according to the FBI.

Nafis was arrested in the hotel as he repeatedly attempted to detonate the inert bomb, the FBI said.

New York Police Commissioner Ray Kelly, whose department was part of the operation, objected to suggestions that Nafis’ plans were crude and bumbling.

“I don’t see how you characterize (him as) unsophisticated, I mean he was arrested, but he clearly had the intent to create mayhem here,” Kelly told reporters.

Other FBI sting operations this year have netted at least one foreign suspect, as well as some from the United States.

In February, a 29-year-old Moroccan man was arrested near the U.S. Capitol wearing a vest he believed was full of al Qaeda-supplied explosives, and charged in an attempted suicide bombing of Congress.

Five self-described anarchists in the Cleveland area were arrested in May and accused of plotting to blow up a four-lane highway bridge. An undercover FBI agent had sold the men inoperable detonators and plastic explosives. 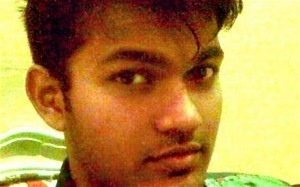