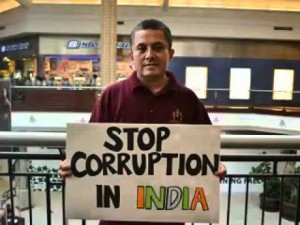 Opposition benches of Indian parliament headed by the BJP-led NDA have asked PM Manmohan Singh to resign, due to his involvement in one of the leading corruption case of shining India.  The Comptroller and Auditor General’s reports (CAG Reports) have estimated “undue benefits” of over Rs. 3.06 lakh croer to private parties in coal block allocation without bidding, Delhi Airport development and diversion of coal to a power project. The corruption has been made when Mahmohan Singh was in charge of the Coal Ministry for part of the period between 1993 and 2004.  As expected from the first meeting of parliament after the Comptroller and Auditor General’s report on coal block allocation surfaced, both houses were  adjourned as the opposition parties created a din.

On August 23, 2012 CAG earlier too exposed the weakness in the safety of Indian nuclear programming while initiating the report on India’s nuclear safety and shown great concerns over a weak regulatory body. In its report on the Atomic Energy Regulatory Board’s (AERB) performance audit, the Comptroller and Auditor General have warned a Fukushima or Chernobyl-like disaster if the nuclear safety issue is not addressed by the government.

Indian wishful policy of becoming regional power while beating China politically, economically and militarily terribly failed but credit goes to Indian political and military top brass that they remained successful in beating China in the corruption. According to the global anti-graft watchdog, which compiles an annual list of countries based on their ranking on a scale of 1 to 10, places  declared  India is perceived to be more corrupt than China which is ranked 75th on the list.

Nevertheless, it is not the first case in India, when an elected head of government has been pointed out for corruption charges. Both, Indian civil and military set ups have long rich history of corruptions starting from moral to finical treachery.  In 1987, then Prime Minister Rajiv Gandhi and several others were alleged of receiving kickbacks in the deal of Bofors. According to the reports, Mr. Ottavio Quattrochi was a businessman close to the Gandhi family who played as middle man role in the deal of kickbacks. Rajiv Gandhi lost his 1989 elections due to the backlash of these allegations.

Similarly, many Americans’ electric companies have also been exposed for smuggling of the sensitive nature of technical devices and equipment to India. Reportedly, the same equipments and devices were later on used in preparation of weapons of mass destruction (WMD), nuclear programme and missile technology. However, famous Bofors scandal till today is known as one of the biggest scandals in Indian politics. The scandal started when India decided to purchase 400 155mm Howitzers (fancy word for really-big-kickass-gun) from Swedish company Bofors AB for $1.4 billion in 1986.

Although, corruption is present almost in every country on various level, yet case of India is of special attention since the local level corruption has overridden the internationalized bribe or corruption.  I do acknowledge here that corruption does exist in Pakistan too but state of situation in certain humanitarian affairs as compared to India is still better of due to independent judiciary and media.

According to recently conducted survey by a western NGO most the children are under nourish and almost 40% world’s underweight children belong to Harijan cast (an untouchable person from the lowest cast of Hindu society) of   Shining India.  Moreover, 70% population’s daily earning is below Rs 20/-. The survey also revealed that 72 % women in India have suffered with sexual torture and most of them were from working class. Bollywood (Mumbai) of so called Incredible India is at the top in the world for prostitution.

Surprisingly, corruption in Indian low and high ranking army officers have been grown quite high. As per Indian media Army officials have been found illegally selling arms and weapons. In this connection, most of the lieutenant colonels and colonels, had faced a court of inquiry in relation to a public suit, filed in the Rajasthan High Court by an advocate who stated that the officers were selling their private weapons to “people of suspected character”. The Economic Times also revealed on July 7, 2011, the weapons were bought by these army officers from the Central Ordnance Depot of Jabalpur and later sold to civilians in violation of the Arms Act, the petition had contended. The Supreme Court is presently hearing the case.

A very well motivated General V.K Singh, former Army Chief   has also failed to stop or eliminate corruption and himself became the victim of corrupt Indian mafia. The track   record of Indian corruption  shows that  Lt. Gen. Surendra Kumar Sahni, Lt. Gen. S.K. Dahiya, Maj-Gen. Anand Swaroop, Maj-Gen SP Sinha, Maj-Gen. Anand Kapoor, Maj-Gen. Gur Iqbal Singh Multani, Brig  Guredeep Singh remained involve in  unauthorized construction of a golf club building at Ambala cantonment, sexual harassment of female officers and lady wives of their subordinates,  possessing disproportionate assets, smuggling of large quantities of defence liquor, rregularities in procuring meat and dry rations for the troops, stationed at Siachen and so on. In spite of court martial against the army officials, malpractices in one way or the other have kept on going in the Indian defence forces.

In 2011, Indian parliament presented a bill due to the hunger strike by anti-graft activist Anna Hazare, emphasising stronger legislation to combat the curse of corruption.  Anna movement also claimed that almost all politicians, judges, police including total civil service are corrupt.  Anyhow Indian political system successfully delayed the much-awaited ‘Lokpal Bill” and asked their Parliamentary committee to examine it to submit its report by the beginning of the Winter Session of Parliament.

In short Indian political system is the major misfortune for the general masses. In this regard, in November 2011, India’s World Economic Forum (WEF), the participants indicated that corruption has “paralysed New Delhi for a darkening economic outlook.” India is facing acute poverty, crimes and violence of various forms, economic crisis and social strife, resulting in political instability in the country under India’s so-called democracy. As one of the largest democratic state, India has failed in enforcing her responsibilities to end corruption in society, which ultimately gave birth to militancy in Maoists’ areas and others states. Presently, most of the independents movements are result of the corrupt Indian culture which really needs to be changed for elevation of the life of poor people of India.