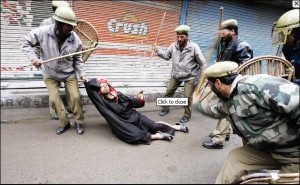 Monterey, California. Dr. Ghulam Nabi Fai, Secretary General of the ‘World Kashmir Awareness’ highlighted eight areas to create an atmosphere for communal harmony that will ultimately lead the people of Jammu & Kashmir to a meaningful and purposeful dialogue. He was speaking at a Kashmir event near Naval Lodge Monterey, organized by the American Muslim Alliance which is headed by Dr. Agha Saeed, an eminent political scientist and a  brilliant strategist. The M.C. of the event was Mr. Agha Bilal Saeed, a well-known and prominent community activist. Mr. Mark Hinkle, former Chairman, the Libertarian National Committee also spoke at the occasion.

i. The rights of all members of minorities in Jammu and Kashmir should be protected at all costs;

ii.All those persons who have been displaced from Jammu and Kashmir since 1947 should be encouraged to return;

iii.The members of the Pandit community displaced in the recent past should be facilitated to return and their rehabilitation guaranteed;

iv. The ‘Armed Forces Special Powers Act’ (AFSPA) should be repealed as recommended by the leadership of civil society of India, like Justice Rajiner Sachar & Ambassador Kuldip Nayar;

v.The bunkers from villages and towns need to be dismantled;

vi.The release of political prisoners would go a long way to hasten the progress of peace and reconciliation in the region;

vii.The Kashmiris should be integral component of the ongoing peace process as they are the primary stake holders. They should be inclusive in the peace process with India & Pakistan as it will facilitate permanent, durable and honorable settlement of the Kashmir dispute;

viii.The leadership of both India Pakistan must recognize that there can be no settlement, negotiated or otherwise, without the active and full participation of the people of Jammu and Kashmir living on both sides of the Cease-fire Line, including the Kashmiri diaspora.

Dr. Fai emphasized that the resistance in Kashmir is not communal and should not be. The compulsions of Kashmir’s history and the demands of its future alike forbid religious conflict or sectarian strife. It is important to note that the people of Kashmir should not read their history wrong.  It is a history of tolerance and amity between different religious communities.  Kashmiri culture has a long tradition of moderation and non-violence.  This culture does not generate extremism or fundamentalism. The people of Kashmir know that the conflict was never a fight between Hindus and Muslims.  Nor was it a border dispute between India and Pakistan.  It has always been about the destiny, future and lives of 18 million people of Jammu & Kashmir, be they Muslims, Hindus, Sikhs or Buddhists.  Can anyone deny the fact – of no small significance – that while the Subcontinent under British rule was the scene of recurrent murderous strife, communal riots were unheard of in Kashmir? That unquestionable fact brings out the real character of Kashmir’s heritage, Fai informed the audience.

When all is said and done, one simple fact stands out. The Kashmiri Muslims as such do have sentiments of regard and esteem for the Kashmiri Pandits which they cannot elicit from anyone else. Should this alone not be a basic consideration in our thinking about the future, Fai asked?

Fai stressed that the right of self-determination that was guaranteed by the United Nations has to be exercised by all the people of Jammu & Kashmir, irrespective of their religious background and linguistic limitations. The right of self-determination, by definition, is an unrestricted right. The resolutions of the UN Security Council do imply recognition of the inherent right of the people of the State of Jammu and Kashmir to decide their future independently of the contending claims of India and Pakistan. The idea of independence of Kashmir, if not for all zones, has in fact never been beyond the mental horizons of its people. No solution of the Kashmir problem will be just or viable if it ignores that intense, popular sentiment. Justice and pragmatism require that no one of the conceivable options for the people should be excluded.

It must be pointed out that an independent Kashmir would not be a Kashmir isolated from India and Pakistan. On the contrary, it would have close links with both neighbors. Indeed, it would make a contribution to the stabilization of peace in South Asia which no other entity can, Fai insisted.

Mr. Mark Hinkle, speaking on the subject said Americans on the whole are ignorant about the situation in Kashmir. He told the audience that the policy makers including our Congressmen need to be educated and urged to take a principle stand on Kashmir. The right of self-determination which was promised by the United Nations need to be exercised by the people of Kashmir in a free and fair atmosphere.

Mr. Hinkle added that the world has changed after September 11th 2001 but that does not mean that the people with genuine and just cause should be ignored. He said that it is an Americans tradition that when people demand human rights and human dignity, Americans feel morally obliged to help. The non-violent and peaceful struggle of the people of Kashmir demand an urgent attention by the world community. Mr. Hinkle concluded by saying that we need more people like Dr. Agha Saeed and Dr. Fai to take an interest in the world around us to ensure a better tomorrow.