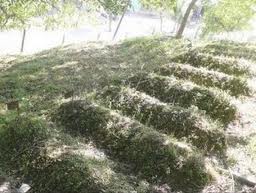 This beautiful world around us is a very strange blend of contradictions and incongruities. We condemn the same thing which we had once appreciated and admired when it directly affects our own specific interests. This prejudiced trend is more popular with the western society than the other parts of the world. Since India is trying her level best to prove herself an equal and parallel to the countries like US and England, one can find the same hypocritical bent of mind there also.  Human rights violation is one of the most favourite topics for the western society which feels pride in calling itself a philanthropist society. But unfortunately all its humanitarianism and preaching of kindness comes to an end when the victims of human rights violations are the Muslims. Be it Iraq, Iran, Lebanon, Palestine, Afghanistan or Pakistan; the western countries display the same unconcern and indifference to the situation. And when it is the issue of human rights’ violation in the Indian Occupied Kashmir, this cold apathy reaches its climax. The people of the Indian Occupied Kashmir have been facing the worst situation of human rights violation for the last many decades but none of the so-called caretakers of human rights violation is ready or even willing to listen to their painful sighs and cries. In the blood-dripping valley of Kashmir, every day dawns with fear of new episodes of terror and horror and every sun sets with so many sad incidents of cruelty and brutality in its lap.

Dr. Maiti, a Professor of Political Science at Rurdwan University, W Bengal, India says in his article Human Rights Violation in Kashmir, “Most Kashmiris claim that the occupation of Kashmir by India is illegal. They do not want to be part of India nor do they want any Indian presence on their soil. The provisions of the Instrument of Accession, if genuine, stipulated that the accession to India was to be ratified by a plebiscite. Since 1947, India has occupied Kashmir and has stalled, by whatever means at her disposal, the progress towards the holding of a plebiscite – the original and the most universally accepted solution”. He further says, “Rape continues to be a major instrument of Indian repression against the Kashmiri people while the majority of casualties in Kashmir are civilians. The Indian authorities have also steadfastly refused to allow any independent monitoring of the situation.” These words by an Indian analyst are no doubt a slap on the face of world’s so-called biggest democratic state but what to do when words become just meaningless sounds. Turning a deaf ear to the agonizing cries of the Kashmiris and crushing all their basic rights is simply the name of a tradition, a culture and a civilization. Beginning from the 27th of October 1947 till now, no one could change this tradition. 27th of October 1947 was the day when India, throwing the Indian Independence Act and Partition Plan 1947 into a dust-bin, landed its army in Jammu and Kashmir. Thousands of Kashmiri Muslims were slaughtered by the forces of Dogra Maharaja Hari Singh and Hindu extremists and countless Muslim women were raped. Till today the Indian army is repeating the same story of callous brutality.

The Kashmiris in the Indian Occupied Kashmir are so helpless and feeble that they could do nothing but remember the 27th October as a Black Day every year. Kashmir was since ever a Muslim majority state and according to the partition plan it must have been a part of Pakistan but the Hindu conspirators in collaboration with Dogra Maharaja Hari Singh did an injustice to the people of Kashmir and announced it  a part of India on the basis of a baseless, fake and controversial document. Even the UN Security Council’s resolutions could not force India to draw back her troops from the Occupied Kashmir and give the right of self-determination to the people of Kashmir. Today the people of the Indian Occupied Kashmir are living in a hell where all that belongs to them is at stake. Their sons are slaughtered, their daughters are raped, shops are ransacked and homes are burned, the heads of families are kidnapped and kept in illegal detention for years and years by the Indian military troops. The annual UNHRC ‘Report of the Working Group on Enforced or Involuntary Disappearances’ was published on February 6, 2012. The Working Group was the first UN Human Rights mechanism to be established with a universal mandate. The report says that between1989 and 2009 the actions of military and paramilitary forces in Kashmir resulted in more than 8,000 enforced and involuntary disappearances. According to a recent report released by the Kashmir Media Service, from January 1989 to June 30, 2012 the total number of Killings in Kashmir by the Indian forces had been 93, 763 whereas more than 10,033 women had been gang-raped. The report says that as a result of the brutalities of the Indian forces in the Occupied Kashmir more than 107,436 children were orphaned and 22,763 women widowed. It is not only the 27th October but every day is a Black Day there in the Indian Occupied valley of Kashmir. The people of the Indian Occupied Kashmir are looking towards the world peace-makers for the remedy of their pains and sorrows. They also want a peaceful and prosperous life of independence liberty and sovereignty. They are waiting for someone who could save them from the clutches of this never-ending series of atrocities.