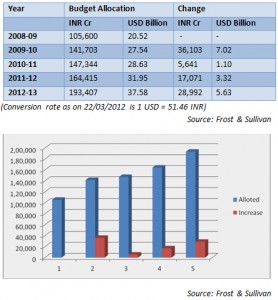 Military capability is required to protect the country from internal and external threats, while political stability and economic prosperity is essential for development. The three components help in protecting the sovereignty, integrity and security of a state as well as well-being of the people. The three are interlinked and cannot be separated from each other. It will be ideal to concentrate entire energies of the state towards economic prosperity and to build up democratic institutions attuned towards welfare of people. An ideal state should be bestowed with sound system of justice where cheap justice is available at doorsteps, one law applicable to all, negligible gap between the rich and poor, the society free of curses of corruption, bribe, nepotism, favoritism and jobbery, equal chances for social growth irrespective of the social status. This is not only idealistic but also subject to geo-political environment in which the country is placed.

Pakistan is among the few states whose existence was not accepted by India and from the day one it conspired to reabsorb it into Indian Union. It succeeded partially in 1971 when it broke Pakistan into two and converted its eastern wing into Bangladesh. It is now conspiring to further truncate Pakistan. On its west is unfriendly Afghanistan, which has traditionally remained pro-India and anti-Pakistan. Of late, India and Afghanistan have become strategic partners and India has increased its influence in Afghanistan manifold. Perpetual hostility of India and deceitful behavior of Afghanistan has kept Pakistan on tenterhooks and in a constant state of insecurity. It was essentially the factor of insecurity which impelled Pakistan’s earlier leaders to gravitate towards the west and seek security in western defence pacts. Although alignment with USA helped Pakistan in building its armed forces, but it was certainly at the cost of development of Pakistan and welfare of the people. Above all, western pacts didn’t help in reducing Pakistan’s security concerns or in preventing breakup of Pakistan in 1971.

An influential lobby in Pakistan at the behest of detractors of Pakistan has all along been critical of armed forces and its defence expenditure. It sells a mischievous misperception that but for 60% of national budget getting consumed in defence; Pakistan would have become a prosperous state. Maulana Fazlur Rahman alleged that ‘one day’s Army budget is the combined annual budget of education and health’. He forgot that one day corruption in Pakistan comes to Rupees eight billion as disclosed by Chairman NAB. He also forgot that unlike military run institutions which are welfare oriented, they pay taxes and are running in profit, all public sector enterprises are running in losses and second largest portion of budget gets consumed in keeping them afloat. Losses incurred by them can meet the needs of defence. Another falsehood in circulation is that the military consumes a very big portion of government expenditures. The reality is that in 2012/13, defence affairs and services consumed only 17% of all government expenditures. Largest amount of budget is spent on domestic debt servicing.

Those propagating curtailment of defence expenditure to be able to develop economy forget that militarily weak Pakistan will tempt adventurers to either step in or destabilize it from within employing covert means. Economic prosperity is possible only when the country is free of external and internal threats, or is militarily in a position to thwart the threats, or has abundant mineral resources. All economic deals and bilateral trade agreements will remain mutually beneficial if the deals have been signed from a position of equivalent or near parity military strength. Diplomatic and political clout will be of some substance if one has military capability matching the hostile neighbor wanting to have its way.

China couldn’t have made such an impressive progress in its four-point modernization program and turned into an economic giant on the strength of its economy alone. While pursuing an overall defensive strategy, it never ignored the growth of its military potential to keep its adversaries at bay. There was a time when it was militarily weak, Britain imposed opium wars on China to force it to buy and consume opium from it. Learning a lesson from history, China has been spending huge amounts to build its military might, both conventional and unconventional to deter its enemies.

Likewise, India’s military muscle enabled it to extract benefits from the current and former super power as well as western world, Muslim world and Japan. The US is keen to make India a world power and a bulwark against China because of its military and economic strengths. India’s expanding military prowess motivated China to push border dispute on the backburner and to forge trade and cultural ties with India. India couldn’t have pursued its hegemonic policies against all its neighbors in South Asia on its economic strength alone. Its vast military capacity propels India to nurture grandiose plans of converting India into Mahabharat stretching as far as Afghanistan and Indonesia including Pakistan.

On 16 November 2012, Indian journalist Kuldip Nayar on the occasion of his book launching ceremony at Dhaka, ‘Beyond the Lines’, held the partition of subcontinent fallacious and expressed his utopian desire of reunifying the countries of the subcontinent to single entity of Akhand Bharat. He advocated formation of ‘South Asian Union’ on the lines of European Union, which is yet another Indian floated idea of ‘confederation’. It gives a fair idea that even after passage of 65 years Indian political leaders and elites have not given up the hope of undoing Pakistan and Bangladesh and establishing mythical Akhand Bharat.

India’s ambitious force modernization program has been at the cost of 70% Indians living below poverty line. Despite such a high a rate of poverty and illiteracy, there has hardly been any dissenting voice heard from within India objecting to lavish defence spending. No demand has been made to cut its ever increasing defence budget each year. But for the huge defence budget allocation of $40.44 billion, India couldn’t have employed over 1500,000 security forces to combat insurgents and separatists in its 19 states including occupied Kashmir where 700,000 troops are deployed since 1989. Its military which is in illegal occupation of Siachin Glacier since June 1984 couldn’t have sustained a corps size force for that long. But for its military clout, India which remained in the Soviet camp from 1947 till 1990 would not have been gladly accepted as a strategic partner by the sole super power and let it regain its lost influence in Afghanistan.

Had Pakistan not striven to maintain military balance with India at the cost of economic development, Pakistan by now might have got fragmented or turned into a satellite of India. One of the main contributory reasons of political chaos and economic meltdown in Pakistan has been the meddlesome role of India, which has been impeding its economic and political growth through intrigues and coercive tactics.  Although Indian military has outpaced Pakistan’s military with a big margin, Pakistan’s minimum nuclear deterrence has restrained it from embarking upon high-cost risky venture. It is Pakistan’s nuclear capability which impelled India to resort to indirect strategy. Having put on the mask of friendship, it has been involved in covert war in concert with its strategic partners since 2002 to destabilize, denuclearize, de-Islamize and balkanize Pakistan.

Pakistan has been deviously embroiled in the futile war on terror imposed by USA which is eating into its vitals. Pakistan military resources are progressively dwindling in fighting this war with no end in sight, impacting its operational, technical and administrative fitness for war. Despite being so heavily engaged in this war for a decade, which is termed by some as an existential war, and despite being faced with three dimensional threats, it is indeed surprising that Pak Army has curtailed rather than increased its annual defence budget. Yet it is being propagated that military expenditure have been constantly on the increase. This is far from truth. Since 1990s, there has been a steady decline from 3.6% of GDP to 2.5% of GDP in 2012/13.

Current Army’s expenditure is at the lowest in history of Pakistan. While Pakistan’s total budget for the financial year 2012/2013 is Rupees 2960 billion, defence budget is Rupees 545, that is, 18.4% of total budget. Defence budget for Army, Navy and Air Force is 50% (Rupees 272 billions), Navy 25% (Rupees 136 billion), and Air Force 25% (136 billion). Army gets only 9% of total budget and not 60% as propagated. Further slashing the defence budget would be at the cost of compromising our defensive posture with crippling effects. Another myth which has been given publicity by US media is that the Army pocketed $ 10 billion Coalition Support Funds whereas in actuality it received only $1.8 billion as reimbursement for services it rendered.

Pakistan military would have certainly drastically cut down its defence budget and even its force structure had India been willing to do the same. Or India had given a written commitment that it wouldn’t resort to covert or overt war and would live as a peaceful and friendly neighbor. The US which is continuously preaching that India poses no threat to Pakistan has also not given any guarantee. Even if it gives a guarantee, it will have little value since it didn’t honor its 1959 agreement in 1971. Pakistan could have given up its weapon grade nuclear capability if India had reciprocated to Pakistan’s suggestion of making South Asia a nuclear free zone. India’s plea of upgrading its military potential because of threat from China is frivolous.

Given the hostile track record of India, bulk of strike formations poised against Pakistan, its Pakistan specific Cold Start doctrine, its refusal to resolve longstanding disputes of Kashmir, Siachen and Sir Creek, its resort to water terrorism to dry up Pakistan, its heavy involvement in FATA and Balochistan, its efforts to isolate and strategically encircle Pakistan and make it a failed state, it will be utterly foolish to suggest downgrading our defensive effort. It is like joining hands with enemies of Pakistan and fulfilling the long cherished desire of our arch enemy which misses no opportunity to harm Pakistan. Willful misperceptions by a handful of misguided politicians, journalists and pseudo intellectuals about defence budget to misguide the people and to defame and undermine the Army must end. Its huge sacrifices under extremely adverse conditions must be acknowledged and lauded.

The writer is a freelance columnist and a defence analyst Email: asifharoon7751@yahoo.com