New round of Indo-Pak talks 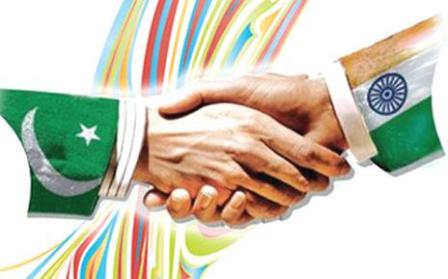 The stage for Indo-Pakistan talks is again going to set from September 8th meeting in Islamabad. This will be resumption of Foreign Secretaries’ level meeting in New Delhi last month. There would be no winner or loser as they would be on the same side trying to bag peace and tranquility in the region. The Indian External Minister, SM Krishna, who will be on his three days visit, will lead the Indian delegation, while Foreign Minister Hina Rabbani Khar would head the Pakistani side. There is a long list of outstanding issues that need a serious consideration which include issues of plebiscite in Jammu and Kashmir state, withdrawal of forces from Siachen Glacier, Sir Creek, violation of Indus Water Basin Treaty, involvement in Balochistan, confidence-building measures and trade and economic cooperation. The two ministers will also co-chair the Plenary of the India-Pakistan Joint Commission to be held in Islamabad on September 8, 2012.

Indian side is basically focusing on five core issues. With regard to Mumbai Attacks 2008, Indian side has already handed over a new dossier and would like to have positive attitude from Pakistan. It is pertinent to mention here that Paksitan has already requested New Delhi to provide access to Ajmal Amir Kasab, one of the surviving terrorist involved in Mumbai attack. The issue of easing visa laws and facilitating cross LoC trade in Jammu and Kashmir and other points would also come under discussion. The third and most important issue would be to convince Islamabad to grant India MFN status. India will also like to prepare grounds to move to the nest stage of Afghanistan Pakistan Transit Trade Agreement (APTTA). Last but not the least would be to exert pressure on Pakistan to carryout operations against religious extremists, in order to control terrorism. Unconfirmed reports suggest that New Delhi has given assurance not to pose threat at Pakistan’s Easter border till the time War on Terror is continuing. SM Krishna will spend his third day in Lahore where he would be holding meetings with top leaders Pakistan Muslim League (N), members of business community and civil society including prominent Hindus.

Pakistan has also signed trade agreement, Afghanistan Pakistan Transit Trade Agreement (APTTA), which allowed Afghan trucks to carryout trade with India trough Wagah border. It also allowed a trade corridor for Indian goods to Afghanistan through Pakistan, which is still to be worked out. New Delhi is anxious to get it implemented so that two-way trade between Afghanistan and India can be commenced. In a second stage attempts will be made to develop viable route through Northern Areas to Afghanistan and Central Asia. New Delhi will also focus on new visa regime which include group tourist visa, visa on arrival for senior citizens and children and year-long multiple entry visa for businessmen. All is good but what about illegal immigrants in Pakistan from India and other and other neighbouring states. Such elements in both the countries are one of the basic causes of lawlessness and crimes.

No one can deny the fact that it is in the interest of both India and Pakistan to make each dialogue process a success story. However, it does not matter what would be the result as things are positive till the time India and Pakistan are on the talking terms. Flexibility from the both sides seems encouraging but the core issue of right of self determination to the people of Jammu and Kashmir is the main stumbling block in the path greater peace and development in the region. Pakistan will not be able to allow New Delhi to enjoy MFN status or trade facilities with Afghanistan or any other country through her land routes till the time Kashmir issue is not resolved. There should be no hesitation in accepting the truth that both New Delhi and Islamabad need to work on implementation of United Nations Security Council (UNSC) resolutions on plebiscite in Jammu and Kashmir State in order to win each other.