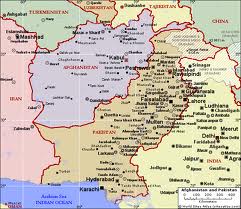 Despite Obama’s desperation to declare victory in Afghanistan, triumph is not in sight. The US is now striving to end the war in Afghanistan in a manner that its honor doesn’t get bruised. It wants the world to believe that its troops are abandoning Afghanistan of their own accord after achieving most objectives. While all the power centers in USA undoubtedly want to end the war on a winning note and are on one page on this count, differences have cropped up between Pentagon-CIA and White House-State Department over the culmination of endgame. The former wants continuation of use of brute force padded up with intrigue and trickery to gain an edge over Taliban, the latter seeks political settlement with Taliban so that troops could return honorably. So far, efforts to make the Taliban agree to hold talks have failed.

The US military’s false claim of gains made against Taliban got a jolt after the big jailbreak in Kandahar in April 2011. Most of jail breakers were Taliban commanders and it was feared that they would give fillip to raids and ambushes during this summer. As predicted, from May onwards the Taliban accelerated their attacks on US-NATO targets as well as against key Afghan personalities engaged in brokering peace at the behest of USA and Karzai. Cases of ANA soldiers killing ISAF soldiers as well as desertions increased, while casualties owing to IEDs mounted. Figure of soldiers suffering from mental diseases also increased sharply. On June 28, 2011, Taliban suicide bombers and gunmen attacked a hotel in Kabul. Half-brother of President Karzai, Ahmad Wali Karzai was killed in Kandahar in June. Bigger disasters befell upon ISAF in August and September 2011 during which high profile attacks were carried out by the Taliban

The US spelt out three conditions for peace. These were dropping of arms and sitting on negotiating table, detaching from al-Qaeda, and acceptance of constitution framed by Afghan Parliament. The US also expressed its desire that after withdrawing bulk of forces by end 2014, it may continue occupying five military bases for next ten years till complete stability was achieved.

The Taliban rejected all the demands and stuck to their stated position of withdrawal of all occupying forces without condition and leaving the Afghans to sort out matters among themselves. This stance was unacceptable to USA and hence application of force continued to force the Taliban to come to the negotiating table. Use of kill teams and night raids and induction of tanks in southern Afghanistan were undertaken to weaken Taliban and wrest the initiative from them. US air attacks were also stepped up in 2011 as was seen in rise of civilian casualties in Helmand, Kunar and Nuristan provinces of Afghanistan. As per reports of James Cogan, Human Rights Unit of UN assistance to Afghanistan (UNAMA), upsurge in reckless US-NATO aerial attacks soared civilian casualties in Afghanistan by 24% since 2010.    Pakistan which is an important stakeholder has so far not spelled out its role in the endgame although it is often heard that it desires to have a friendly regime in Kabul since it cannot afford to have two hostile fronts in east and west. It is also believed that Pakistan is not in agreement with the policy of pre-conditions and wants that composition of future broad based Afghan government should be proportionate to ethnic demography.

Had the US or Afghan regime been on Pakistan’s side, it would have been much easier for Islamabad to emphasize its position openly and assertively. Since Indo-US-Afghan nexus has common goals and is jointly playing the endgame so as to terminate it to its advantage and Pakistan doesn’t fit into the scheme of things, it makes things that much difficult for Pakistan. Disagreeing with the perception of Pakistan, the US wants the Taliban to be given role of a junior partner in a coalition government so that it can leave behind a regime friendly to USA and India and not so friendly to Pakistan.

Mullah Omar and HN are acceptable to USA only if they cede to its three conditions and not otherwise. While Karzai regime, Afghan Peace Council now under Salahuddin Rabbani, moderate Taliban, Qatar, Saudi Arabia, UAE, Britain, Germany and India are authorized to contact the Taliban, Pakistan is the only country which is debarred. This is despite the fact that out of all the countries claiming to have some access to Taliban, Pakistan is in a far better position to negotiate with them. The reason why Pakistan is being kept out is that the US doesn’t want Pakistan to develop camaraderie with Taliban or to play a role in political settlement. The US wants Pak Army to hunt, weaken and isolate HN and elements of Mullah Omar, leaving them with no option but to come to terms with the US. One wonders what would be fate of US-NATO forces stuck in the quagmire of Afghanistan if the lone door that has been kept open by Pakistan is also closed and security situation spins out of control.     Irrespective of concerted efforts of US trainers to make the ANA battle worthy, performance of ANA is still not up to the mark. There has not been any drop in desertion and discipline cases including cases of firing upon foreign forces mainly because of their meager pay scale, economic hardships and insulting attitude of US-NATO officers and men. Indiscriminate firing by NATO resulting in heavy deaths of civilians’ is another cause of their heart burning. Possibility of revolt within ANA cannot be ruled out particularly when larger numbers of Pashtun soldiers are now being recruited to correct the ethnic balance. Surge in green-on-blue attacks is an indication in that direction.

As long as foreign troops will remain in Afghanistan, both Afghanistan and Pakistan will keep bleeding. Tragedy is that even after departure of bulk of occupying forces by December 2014, probability of recurrence of civil war in Afghanistan with its spillover effect on Pakistan is quite high. All those who had taken part in destroying Afghanistan would go back to their respective countries but Pakistan alone will have to face the residual impact of 13 year war for times to come.