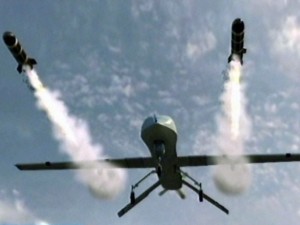 U.S. drone hit a target at   Ditta Khel in the area of Miranshah of North Waziristan and killing eight persons. The drone launched two missiles in today’s attack.  Earlier on 16 July 2014 the drone killed at least 13 people in the bloodiest strike in Pakistan for over a year.

Reportedly in both attacks drones destroyed a house and car in the Ditta Khel area early morning. On 16 July attack the 12 dead persons were unidentified Uzbeks. It was 37th attack, a minimum of 130 people have been killed in Ditta Khel  since 2004.