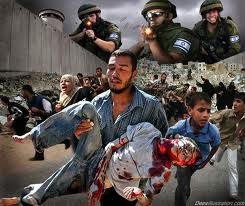 Jimmy Carter is right here that “As long as Gaza remains isolated the situation in and around Gaza will remain volatile.” He further adds that” Israel’s leaders don’t want a Palestinian state, question arises here that if isolated Gaza has to remain volatile and Israel will not allow a free Palestinian state then how can be the peace possible. Jimmy explained certain aspects of peace here that US has to play a role of an interlocutor.

He says that the first priority would be for the Israelis and Palestinians to take the initiative. Taking an initiative for peace is too painful and difficult for the Palestinians, because Israelis continued with their massive settlement program in the West Bank and East Jerusalem. To confiscate ones land is always a beginning of a war. And unfortunately Israel remained busy from last 64 years in this offence and that is why the conflict never saw a road leading towards any destination. The conflicts irrespective of their occurrence and roots are always a threat to whole humanity. So this conflict proved from last 64 years a destabilizing one for the whole world. It is a conflict which involved not only middle east but gave birth to two blocks and two different ideologies. It is a conflict which divided mankind into religious nationalities. But this dreadful issue should now be resolved because it may clear the blocked ways of other similar conflicts. Its end may help in acquiring permanent peace in south Asia also because the stakeholders of this conflict have better diplomatic relations with the involved ones in south Asia.

The long pending South Asian conflict has also deep roots but is still waiting for its logical end. As quoted by Mr. Clinton the former president of United States Kashmir is a nuclear flash point the world. It may be the button of future nuclear war, which could be very disastrous and dangerous to the whole world. If it is the thinking of a valuable personality of the world then what value should be given to this conflict? This Himalayan region acted as battle field in past and if not resolved may trigger a new one. This region saw the bloodshed of innocents and never got any sympathy from rest of the world. No doubt it has been included in United Nations list of conflicts but now is renamed as a “long pending and unresolved issue of the world”. So many resolutions have been passed by the United Nations for its end but no one has been implemented up to this time. It is the job of whole world and United Nations to pursue India (So called a largest democracy in the world) to keep her promises which she made while approaching The United Nations. Because the land of 14 million population (Kashmir) suffered a lot.