Science, such a sweet mystery 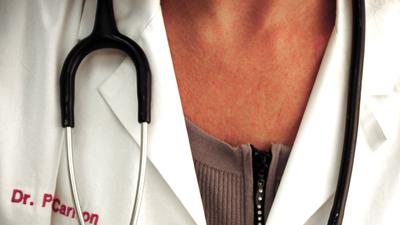 It’s not what science knows, but what it doesn’t, that really matters.

I have been teaching and doing research at the university level for more than 40 years, which means that for more than four decades, I have been participating in a deception — benevolent and well intentioned, to be sure, but a deception nonetheless. As a scientist, I do science, and as a teacher and writer, I communicate it. That’s where the deception comes in.

When scientists speak to the public or to students, we talk about what we know, what science has discovered. Nothing wrong with this. After all, we work hard deciphering nature’s secrets and we’re proud whenever we succeed. But it gives the false impression that we know pretty much everything, whereas the reality is that there’s a whole lot more that we don’t know.

Teaching and writing only about what is known risks turning science into a mere catalog of established facts, suggesting that “knowing” science is a matter of memorizing: this is how cells metabolize carbohydrates, this is how natural selection works, this is how the information encoded in DNA is translated into proteins.

In my first college-level biology course, I was required to memorize all of the digestive enzymes and what they do. Even today, I can’t stomach those darned chemicals, and I fear the situation is scarcely much better at most universities today.

Paradoxically, the strong point of American higher education — our talent as a nation vis-a-vis, say, China — is that we are supposed to be more open to innovation and original thinking, whereas they are more “into” rote learning. It is time, therefore, to start teaching courses, giving lectures and writing books about what we don’t know about biology, chemistry, geology, physics, mathematics.

There’s plenty to communicate because we are surrounded by mysteries, far more than are dreamt of in anyone’s philosophy. But don’t get the wrong idea, Horatio: Mystery is not the same as mysticism, and I’m not referring to some sort of ineffable, spiritualistic claptrap beyond the reach of natural law and human understanding. Just as “weeds” are plants that haven’t yet been assigned a value, scientific mysteries are simply good questions waiting for answers.

I’m not thinking here of the obvious unknowns, such as “Is there life on other planets?” or “How many particles can dance on the head of the CERN accelerator?” Rather, there is plenty we don’t know about the things we think we understand. Nor is this a problem or a momentary lack of closure. Science is altogether dynamic and wonderfully incomplete.

Looking just at my field, evolutionary biology, the unknowns are immense: How widespread are nonadaptive traits? To what extent does evolution proceed by very small, gradual steps versus larger, quantum jumps? Why does sexuality occur at all, since it is fully one-half as efficient in projecting genes into the future compared with its asexual alternative? What is the purpose of all that “junk DNA”? Did human beings evolve from a single lineage, or many times, independently? Why does homosexuality persist? Why do women — unique among mammals — conceal their ovulation, possess conspicuous nonlactating breasts and experience orgasm, as well as menopause? Why is the life span of men so much shorter than that of women? Why do we have such big brains? Why are we conscious? Why do we age, sleep, dream, blush, cry or yawn? This is but a partial list.

And we’ve got plenty to do. We might start by acknowledging our ignorance. We could then revel in the numerous hypotheses that have already been proposed to rectify that ignorance; there are, in fact, a dozen or so potential explanations for each of the mysteries listed above — we just don’t know, yet, which ones are the most promising.

There is a difference between science as a body of knowledge and science as the pursuit of the unknown. Ideally, there would be no tension between the two because it’s only by pursuing the unknown that we obtain knowledge. And yet, these two aspects of science coexist uneasily. This wasn’t always the case.

Between 1751 and 1765, the Encyclopédie was published in France. It endeavored to summarize all human knowledge in its 18,000 pages of text, 75,000 different entries and 20 million words. Its primary editor, Denis Diderot, was one of the heroes of the Enlightenment, and indeed, the Encyclopédie represents a culmination of Enlightenment thought, which valued reason, science and progress — what we know — above all else.

It is paradoxical testimony to how much we have learned in the intervening 250 years that today no one could seriously entertain the prospect of summarizing all human knowledge in a book, or series of books, or even via the Internet. And yet, the temptation remains: to rest on our laurels, to celebrate our truly encyclopedic knowledge, to teach it, write it, speak it, learn it, demand that it be mastered as if what we know now is enough. (Or, worse yet, to glumly conclude that we have reached “the end of science.”)

To be sure, we need to keep celebrating and transmitting what we know, but, at least as important, we had better keep our eyes on what we don’t know if the scientific enterprise is to continue attracting new adherents who will keep pushing the envelope of our knowledge rather than resting satisfied within its cozy boundaries.

“There is a crack in everything,” writes poet-songwriter Leonard Cohen. “That’s how the light gets in.”

David P. Barash is an evolutionary biologist and professor of psychology at the University of Washington; his most recent book is “Homo Mysterious: Evolutionary Puzzles of Human Nature.”