Sufism: Purification of the Soul 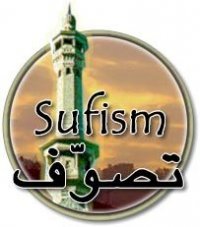 Posted by Faheem Belharvi
“IN THE TIME OF THE PROPHET TASAWWUF WAS A REALITY WITHOUT A NAME. TODAY TASAWWUF IS A NAME, BUT FEW KNOW ITS REALITY.”

The Islamic Nation today is in need of good scholars who observe the correct teachings of Islam (‘alimun ‘aamil), trying their best to bring back what has been destroyed of the Islamic religion over the years and who are able to differentiate between right and wrong, halal and haram, and who believe in Haqq and oppose Batil, not fearing anyone on the way of Allah.

Muslims of today have no one to advise them nor guide them in the teaching of their religion and the good manners and behavior of Islam. On the contrary, we see only scholars pretending to know something, imposing their corrupted ideas and beliefs about Islam on everyone. They are at every convention, giving lectures and talks about Islam from a narrow and limited perspective, not according to the guidance the Sahaba of the Prophet nor of the great Imams of Islam nor the consensus of the majority of Muslims.

If scholars would listen to their consciences and return in loyalty and sincerity to Islam without the influence of governments or other powers that control Muslim countries with their money, devoting themselves only to da’wa and irshad and remembrance of Allah and His Prophet (s), then the situation in the Islamic world could change and Muslim life would improve tremendously. Our hope is that in this new Islamic year 1416, Muslims in America and throughout the world will come back together in unity, linked to one rope, Allah’s Rope, to establish the Sunnah and the Shari’ah of Prophet Muhammad (s).

If people will look back deeply into history they will find that after the brave work of the Sahaba, (the Companions of the Prophet(s)), Islam spread East and West and to the Far East through the dawa’ and irshad of the scholars and followers of Tasawwuf (Sufism), who followed the True Way of the Caliphs of the Prophet (s)–radi-Allahu ‘anhum. They were the scholars of true Sufism, which upholds the teachings of the Qur’an and Sunnah and has never deviated from them.

Islamic zuhd (asceticism) flourished in the first Hijri century and developed into schools that had their foundation and basis of their teachings in the Sunnah and Shari’ah, propagated by zahid scholars who came to be known as the Sufis. Among them were the first four Imams, Imam Malik, Imam Abu Hanifa, Imam Shafi’i and Imam Ahmad Ibn Hanbal, as well as al-Imam Abi ‘Abdallah Muhammad AL-BUKHARI, Abul Husain MUSLIM bin al-Hajjaj, Abu ‘Isa TIRMIDHI. Others were Hasan al-Basri, al-Junaid, Imam Awzai’ And later these included at-Tabarani, Imam Jalaluddin as-Suyuti, ibn Hajar al-Haythami, al-Jardani, ibn Qayyim al-Jawzi, Imam Muhyiddin bin Sharaf bin Mari bin Hassan bin Husain bin Hazam bin NAWAWI, Imam Abu Hamid GHAZALI, Sayyid Ahmad al-Farouqi Sirhindi, to name a few. The Muslim world has come to know Islam through the efforts of these zahid scholars who were known as Sufis because of their loyalty, sincerity and purity of heart.

We are not hiding the fact that at that time, some enemies of Islam came to take an extreme approach, using the name of Sufism, and pretending to be Sufis while spreading strange ideas in order to demolish the true Sufi teachings and poison Muslim ideas about Tasawwuf which the majority of Muslims were following. True Tasawwuf is based on zuhd and Ihsan (purity of the heart). The great Imams of the Muslim world, whose guidance was followed in all Muslim countries, were known to have Sufi masters. Imam Malik, Imam Abu Hanifa, (whose teacher was Ja’far as-Sadiq) Imam Shafi’ (who followed Shayban ar-Rai’) and Imam ibn Hanbal (whose teacher was Bishr al-Hafi) all embraced Tasawwuf.

At a time when travel was most difficult, Islam spread quickly through the selfless efforts of Sufi travelers well-schooled in the ascetic discipline (zuhd ad-dunya) required of those Allah had chosen for so noble a task. Their life was dawa’ and their sustenance was bread and water. Through such abstinence they were able to reach the West and the Far East with the blessing of Islam.

In the 6th and 7th Hijri centuries, Tasawwuf flourished increasingly because of the progress and effort of the Sufi teachers. Each group came to be named after its Sufi teacher, to differentiate it from other groups. Similarly today, each person holds a degree named for the university from which he graduated. Yet it is obvious that Islam remains the same, never changing from one Sufi teacher to another, just as Islam is not changing from one university to another.

However, in the past students were influenced by the good manners and good morality of their teachers. Therefore Muslims were sincere and loyal. But today our scholars are dry and Islam is taught to them in non-Muslim universities by non-Muslims professors (if you are clever you can understand).

Sufi teachers asked their students to accept Allah as their Creator and the Prophet as His Slave and Messenger (s), to worship Allah alone and to leave the worship of idols, to repent to God, to follow the Sunnah of the Prophet, to purify their hearts, to clean their egoes from mistakes and to correct their beliefs in the Oneness of God. And they were teaching them to be honest and trustworthy in everything they did, to be patient and God-fearing, to love others, to depend on God, and all the other excellent manners demanded by Islam.

In order for them to reach all these stations of sincerity and purity they gave their students different prayers (du`a) that the Prophet (s), his Sahaba and the Tabi’een were practicing. They were teaching Dhikr-Allah, the remembrance of Allah, through the reading of Qur’an and dua’ and tasbeeh from Hadith, and through the recitation of Allah’s Names and Attributes in tahleel, tahmeed, takbeer, tamjeed and tasbeeh, according to many ayats and hadiths of the Prophet about Dhikr. (These can be found in all books of Hadith, including Bukhari, Muslim, Tabarani, Ibn Majah, Abu Dawud, etc., under the heading of Dhikr in Islam to which anyone can refer.)

These Sufi teachers (real scholars) refused fame and high positions and money and a materialistic life, not as scholars of our days who run after fame and money. Rather they were zahid and dependent on Allah following His saying: “ma khalaqtul Jinni wal Insi illa li-ya’budoon” — “We did not create the Jinn nor Mankind except to worship Me.”

As a result of their decency and zuhd, they were able to convince wealthy people to build mosques and dormitories (khaniqahs) throughout the Ummah of Islam, offering free food and free lodging. Thus Islam spread quickly from one country to another through khaniqahs and mosques. Such places, in which the poor could eat and sleep and the homeless could find shelter, were a cure for the hearts of the poor and were a connection between the rich and the poor, between black, yellow, red and white, between Arab and non-Arab.

The Prophet (s) said in hadith, “There is no difference between Arabs and non-Arabs except through righteousness.”

These places made people to come together from all races and nations. Sufis kept the Sunnah and the Shari’ah. Their history is full of bravery and struggle in the way of Allah, jihad fi sabeell-illah, leaving their countries, seeking the hearts of people in every place to convert as many as possible through one method, which is love. To love everyone without distinctions of race, age and gender. They saw everyone as deserving of respect especially women, the downtrodden and the poor. Sufis were like bright stars, shining throughout the world, encouraging everyone to ‘jihad fi sabeel-illah,’ striving in the way of Allah, to spread Islam, to help the poor, the homeless and those in need, both far and the near. They reached with their iman, the middle of Asia, up to India, Pakistan, Tashkent, Bukhara, Daghistan, and other areas such as China, Malaysia, Indonesia, etc.

True Sufi people never deviated from the Shari’ah and the Sunnah of the Prophet and the Qur’an, regardless of the exuberance of the ecstatic utterances of some Sufis and some explanations that revealed the Greatness of God and the mercy and purity of His Beloved Messenger, Beloved Muhammad (s).

The main two sources of tasawwuf were the Holy Qur’an and the Sunnah of the Prophet (s) as it was conveyed through the understanding of Islam of Sayiddina Abu Bakr (radi-Allahu ‘anhu) and Sayiddina Ali (karam-Allahu wajhah) who are considered the two sourcemasters of the Sufi orders. Sayiddina Abu Bakr (r) was representing one stream of Tasawwuf. The Prophet has said about him, “whatever God poured in my heart, I poured into the heart of Abu Bakr” “ma sab-Allahu fee sadree shayan illa wa sababtuhu fee sadree Abi Bakrin.” (Hadiqa Nadiah published in Cairo, 1313 H. p. 9). Allah said in Holy Qur’an,

‘…for God did indeed help him when the unbelievers drove him out: he had no more than one Companion: they two were in the cave.’ (9, 40).

And the Prophet said in another hadith “the sun never rose on anyone better than Abu Bakr except the prophets.” (see Suyuti, History of Caliphs, Cairo, 1952, p. 46).

There are many other hadiths explaining the station of Abu Bakr as-Siddiq. The other stream of Tasawwuf came through Sayiddina Ali (r), about whom there are very many hadiths that would take many pages to explain. Finally, the Sunnah of the Prophet and the Shari’ah, which represent obligations, and Ihsan, which represents good manners, were all embodied in the character of the Sufi scholars, beginning with Sayiddina Abu Bakr (r), the first caliph of the Prophet (s) up until today.

In the 13th Century Hijri (the 19th A.C.) a new school appeared, influenced by the teachings of two scholars of Islam of the 7th C. Hijri, (14th A.C.). This school was a new school in Islam, which though based in the Hanbali school was different from it in ‘aqida. Though this school also accepted Tasawwuf, it kept a much more restrictive and narrow interpretation of what is allowed in Islam than the first Four Schools.

Lately, the followers of this school had deviated from the original teachings of the founders of the school and have exaggerated to great extremes in invoking accusations against Muslims based on the fatwas of modern scholars, who have taken the most literalist and restrictive view of Islam and come against the mainstream of Muslims. And these new beliefs have spread very quickly in this century with the support of a minority of Muslims who have their own beliefs and their own interpretation of the Qur’an and Sunnah.

These people are now fighting Sufism and trying to demean the bravery and efforts of the Sufis in spreading Islam througout the world during the preceding 1300 years.

As a Muslim Nation, we respect all schools in Islam without discrimination. But in return we don’t accept that anyone impose his ideas on us, as we are following beliefs acceptable to the majority of Muslims, who accept Tasawwuf.

In America, we are surprised to see of 1400 years of Islamic history and culture denied and rejected by a minority of scholars with their own point of view, as if the past 1400 years of scholars’ following the Sufi schools and the four madhahib did not exist and had never existed.

For our brothers and sisters information we are presenting the names of some of the countless modern scholars following Sufi schools and the four madhahib, who represent the majority of Muslims througout the Islamic world:

Finally, Islam is Light that Allah has sent to us through his final Messenger Muhammad (s), who is the True symbol of love, the symbol of external and internal knowledge, the symbol of mercy to all human beings. He is our means to God. He is the intercessor for everyone, without doubt and this is expressed in all books of fiqh.