Given the fact smartphones have evolved into a veritable Swiss Army Knife — capable of messaging, browsing, gaming, photography, music, navigation and good old fashioned phone calls — they’re becoming the most critical gadget we own.

In fact, a recent survey commissioned by Google found 80 percent of smartphone owners won’t leave home without it. Your smartphone is now a lifeline to your world, connecting you to people, information and media.

And so given the importance of these pocket-sized computers in our lives, how do you decide which one to get? Problem is, there’s no shortage of extraordinary smartphones on the market — making it tough to know which one to invest in. The following is a look at some of the years’ best — some of which you’re likely well aware of, but a few you probably haven’t yet seen or heard about. 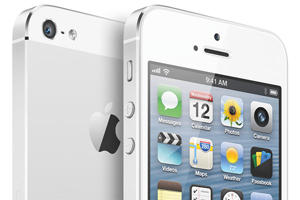 Called “Gadget off the Year” by Time Magazine, Apple’s iPhone 5 (from $199 on 2-year AT&T, Sprint or Verizon plan) is a serious piece of hardware.
Along with its powerful new A6 chip, iPhone 5 works on 4G/Long Term Evolution (LTE) networks for wireless speeds that rivals your home’s broadband connection. iPhone 5 also has improved cameras: an eight-megapixel iSight rear-facing camera (3264 x 2448 pixels) and front-facing FaceTime camera with 720p HD quality for video calling.For the first time in iPhone’s history, Apple has stretched its 3.5-inch Retina screen to 4.0 inches – but it’s taller rather than wider so it’ll still fit comfortably in one hand. At just 7.8 millimeters thick, iPhone 5 is also the thinnest smartphone in the world, says Apple, plus the back now sports aluminum instead of glass which helps it remain lightweight and less prone to damage.

Despite dropping Google Maps for Apple’s own Maps app, iOS 6 is a rock-solid platform with hundreds of features, easy navigation, smooth synchronization with iTunes and iCloud, and of course, access to the App Store and more than 700,000 downloadble apps.

iPhone 5 is not perfect, however: Apple has replaced its 30-pin connector with a new 8-pin Lightning connector at the bottom of the phone; your older accessories, such as speaker docks or in-car charging kits, might not work unless you buy an adapter. Despite its name, the Lightning connector doesn’t transfer your files to a PC or Mac any faster than before, but is smaller and more durable. 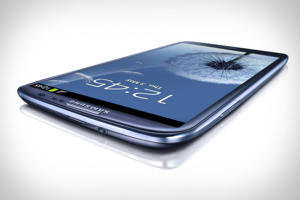 The word “smartphone” is thrown around liberally these days, but if all smartphones have the same features, more or less, one makes one any “smarter” than another?

The Samsung Galaxy S III (from $149 on 2-year plan with AT&T, Sprint, T-Mobile, U.S. Cellular, Verizon) is a true smartphone in every sense of the word — and we’re not even referring to its stunning 4.8-inch display, fast LTE speeds or versatile Android operating system.

For example, the Galaxy S III’s front-facing camera knows when you’re looking at the screen, so it’ll give you the bright display you seek, but if your eyes look away it’ll dim itself to preserve its battery. It also knows when you want to talk: if you’re messaging with someone and want to call them, simply lift the smartphone to your ear and it’ll dial for you.

Not found on other phones, Samsung’s Social Tag feature will automatically tag your friends in your smartphone’s photo gallery and show you each person’s current social networking status when you touch them. Plus, you can also choose to call, email or text someone, right from the photo itself.

The Galaxy S III is also packed with advanced wireless features including S Beam, which lets you place two compatible devices back-to-back to wirelessly share photos, music, videos, and more. And then there’s AllShare Cast, used to beam your photos, videos and games to a compatible big-screen television and even use the phone like a controller.

Finally, if you’re watching a flick on the Galaxy S III’s stunning display but realized you forgot to email someone back, Samsung’s Pop-up play feature lets you do two things at once — such as watch an HD video and email or text at the same time. 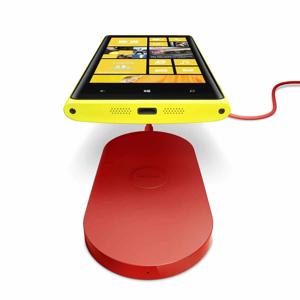 As the flagship Windows Phone 8 device, Nokia’s Lumia 920 (from $99.99 on 2-year AT&T plan), has a lot to offer, including a colorful Start screen with “live tiles”; familiar Microsoft apps like Outlook, Word, Excel, PowerPoint and OneNote; and a People hub that aggregates all your contacts into one page per person (so you don’t need to close, say Outlook, to see what that friend is up to on Facebook or Twitter).

Camera lovers in particular should appreciate the Nokia Lumia 920, which sports an eight-megapixel rear-facing PureView camera. Along with exceptional low-light performance – taking in up to five times more light than other smartphone cameras – this flagship Windows Phone 8 device offers optical image stabilization and support for a number of filters, special effects and other fun things you can do with your photos while taking them.

This next-generation smartphone is also quite the looker with its bright 4.5-inch screen and slender body, available in multiple colors, including a new, vibrant yellow.

The Nokia Lumia 920 also has some umph under the hood: a 1.5GHz quad-core processor, high-speed 4G/LTE connectivity, near field communications technology for mobile payments and wireless charging when placed on a compatible battery dock. 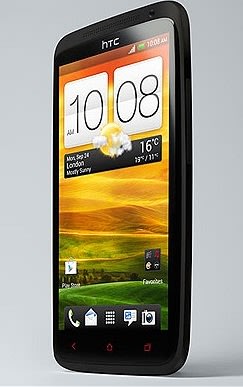 Protected by Corning’s uber-durable Gorilla Glass 2 technology, the Droid DNA’s 5-inch 1080p HD screen was built for video, games, ebooks and web browsing. Integrated Beats Audio — an HTC exclusive on mobile devices — kicks up the audio in your media whether you’re listening through the smartphones speakers or when wearing headphones or earbuds.

The quad-core phone — powered by a 1.5GHz Qualcomm Snapdragon S4 Pro processor — drives the phone’s performance and coupled 4G LTE speeds and mobile hotspot support, lets you access what you want, speedily, wherever life takes you.

Other specs include 8-megapixel rear-facing camera and 2-megapizel front-facing cam; DLNA support to wirelessly beam your content to a nearby HDTV; and the latest version of HTC Sense user-interface.

Similarly, the 4.7-inch HTC One X+ on AT&T offers many of the same features as the HTC Droid DNA — a quad-core processor, 4G/LTE connectivity, great camera and the latest flavor of Google’s Android platform (“Jelly Bean”) — plus it also rocks a ton of internal memory, at 64 gigabytes, and is expandable via microSD cards. 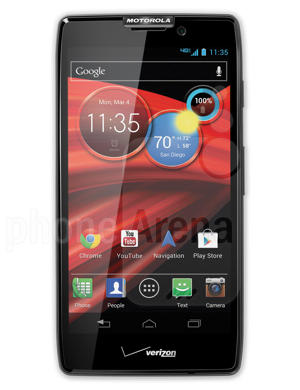 If it’s extra-long battery life you want, the Motorola Droid Razr Maxx HD (from $149.99 on 2-year Verizon plan) delivers up to 32 hours of performance between charges (seriously). It depends on what you’re doing with the phone, of course, but this Razr can handle up to 13 hours of straight video playback, 8 hours of web surfing or 21.5 hours of continuous talk time.

The 4.7-inch Android phone is built with premium composite materials — including Corning Gorilla glass, DuPont Kevlar fiber and a protective layer of water-repellent nanocoating — while its slender 9.33mm frame is thinner than most other 4G/LTE smartphones.

The free SmartActions app intelligently automates your everyday tasks and suggests ways to personalize your phone and make life easier.

Other specs include a 1.5 GHz dual-core processor, 32GB of internal memory and Near Field Communications (NFC) technology for mobile payments, touch-to-exchange info with other devices, and more. 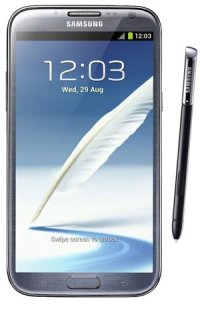 How do you follow-up on the Samsung Galaxy S III, one of the hottest smartphones of 2012?

The answer is the Galaxy Note II (from $149 on 2-year plan with AT&T, Sprint, T-Mobile, U.S. Cellular, Verizon) and its two main differentiators that sets it apart from competitors.

One of its unique qualities is the huge 5.5-inch (140.9mm) HD Super AMOLED screen, for brilliant, bright and colorful images and crisp text. Its larger screen means it’s also ideal for reading ebooks and digital magazines, watching video, paying games and web surfing. As with its best-selling predecessor, Galaxy Note II also ships with the S Pen, a high-tech stylus that lets you write notes or comfortably draw on the screen.

Powered by the latest Android 4.1 platform, Samsung’s Galaxy Note II gives you a number of familiar Google apps and one tap access to Google Play to download more than 700,000 apps. Under the hood is a hefty 1.6GHz quad-core processor, 4G LTE connectivity and dual HD cameras.