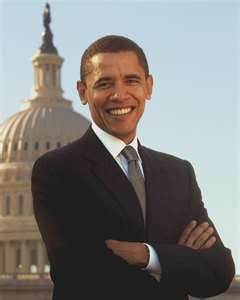 President of the United States

Congratulations on being re-elected President.  We know that you, Vice President Biden, and your team will continue to do everything that you can to protect the interests of the United States.

One of the challenges you continue to face as president is managing America’s relations with the world.  One important issue in that area is the situation in South Asia, where the repression of minorities and the hostilities between nations continues.  As you may know, India has murdered over a quarter of a million Sikhs since 1984, as well as tens of thousands of Assamese, Bodos, Dalits, Manipuris, Tamils, and other minorities.  It has killed more than 300,000 Christians in Nagaland, as well as tens of thousands of Christians in other parts of the country.  Over 100,000 Kashmiri Muslims, 2,000 to 5,000 Muslims in Gujarat, and tens of thousands of Muslims throughout India have been killed as well.   India holds 52,268 Sikhs as political prisoners under the repressive TADA law, which expired in 1995.  It is also holding tens of thousands of other minorities without charge or trial.

On January 2, 2002, the Times reported that India supports cross-border terror in the Pakistani province of Sindh. India’s leading newsmagazine, India Today, reported that the Liberation Tigers of Tamil Eelam (LTTE), which has been designated a terrorist group by the U.S. government, was created by the Indian government and its leaders were put up in Delhi’s finest hotel by the government.  The Indian newspaper Hitavada reported that India paid the late governor of Punjab, Surendra Nath, $1.5 billion to foment and support terrorist activity in Punjab, Khalistan, and in Kashmir.  Meanwhile, it has violated its promise to the United Nations in 1948 to hold a free and fair plebiscite in Kashmir on its status.  Instead, India has sent over 700,000 troops to Kashmir and over 500,000 troops to Punjab, Khalistan in an unsuccessful effort to crush the legitimate freedom movements there.  India votes against the United States at the United Nations more often than any nation except Cuba.

I urge you to work for freedom for all of the people of South Asia by supporting self-determination for Khalistan, Kashmir, Nagaland, and the other countries seeking their freedom.  The United States should support a free and fair vote on the matter under international supervision.

Again, congratulations on your re-election as President of the United States for another four years.