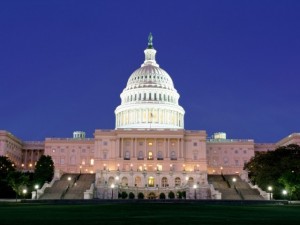 American Generals have the intentions of overthrowing Obama before U.S. elections, reliable Americans and Westerns sources disclosed in Washington on the promise of anonymity to the representative of Kremlin news agency. The report reveals that serious differences have been noticed between Pentagon, Whitehouse and CIA over Obama’s economic policies, exit strategy of Afghanistan, Iranian nuclear programme, unwarranted interferences in Middle East countries, supporting Israel and India against Arabs, China and Pakistan.

In fact, political set up mainly “Opposition and Pentagon” demanding disengagement of troops from the war zones since continue out of land’s deployment is severally  demoralizing the forces and causing horrible effects on America’s economy. According the defence analysts, American economy continues racing towards financial oblivion, because of its military forces occupying nearly the entire planet. The reliable and closest estimates are showing 60,000 US special operations forces are now conducting assassinations, night-raids, training missions, joint operations and exercises in 120 countries around the world, twice as many as when Obama came to power, with deployments in about 70 countries at any given time. In addition to its overt deployment, she is maintaining the global CIA intelligence network.

CIA after the death of Osama bin Ladin, is enjoying special   status in the president’s circle. The differences in CIA and Pentagon have become worsened when political elite suggested the withdrawal of forces but contrary to it, CIA proposed to Obama for taking decision of establishing bases before saying permanently goodbye to Afghanistan.

Truly, speaking “CIA Nerve Centre” advocates anti Muslim and Chinese approach. In this connection the agency is functioning in collaboration with Mossad and RAW. Recently, American’s Christian extremist organization “Media for Christ” in collaboration of Mossad has produced a highly objectionable movie “Innocence of Muslims”. The probable objective of ridiculing Holy Prophet could be the hidden fear of expansion of Islam since quite a good number of individuals are annually adopting Islam and leaving their native religions.  The other objective of launching this movie could be that Jewish lobby has air this movie with a view to widen the gulf between Christians and Muslim. Anyhow, Muslim came out and launched worldwide bloody anti American protest. During these protest, American ambassador along with five other diplomats been killed in Libya. On September 14, 2012 two Americans soldiers killed and six Jet Air Craft’s have been destroyed at Prince Harry Air Base of Afghanistan.

Coming back towards the main topic, as per , Federal Service for Military-Technical Cooperation (MTC) reports reveals that  General Staff officers were warned  in the last  week by their American counterparts at the North American Aerospace Defense Command (NORAD) that the threat to overthrow President Obama by “certain elements” within the US Military is “nearer than first thought” and could very well cause a state of Russian officers reporting to the Kremlin on this shocking turn of events were training with US and Canadian military personal at NORAD during their annual Vigilant Eagle terror exercise and noted that this is the second warning they’ve received this summer about the plan to overthrow Obama. Fears of Obama declaring martial law are, also, not restricted to this MTC report as many alternate news outlets in the United States are warning of the same, including the influential InfoWars.com who in their 30 August article titled Bullets, False Flags and Biological Warfare: What Is the US Government Planning? is basing its latest warning on a government insider who says “It’s Going Hot” and:

In the last few years, American economy considerably deteriorating that forced U.S. political elite to request China in bailing out from the biggest economic crunch of her history.  Some of the serious analysts are in the opinion that the overthrow of Obama may be being pushed sooner than planned due to the acceleration of food prices that from June to July this year saw corn and wheat prices each rise by 25% while soybean prices increased by 17%; prices, Russian experts say, could very well see a global war for resources begin as not even the United States will be able to afford feeding its most dire in need citizens.

Top Kremlin intelligence analyst Igor Panarin, dean of the Russian Foreign Ministry School for future diplomats, also, believes that Obama will announce martial law by the end of 2012. He explains: “There’s a 55-45% chance right now that disintegration will occur.” In 2009, Panarin lectured at the Diplomatic Academy where he said that he believed that the US will begin to collapse in 2010. He compared America to Nazi Germany and blamed the US for the global financial crisis that destroyed the Russian economy. Anyway, the results of coming U.S. elections might not be able to bring glaring changes in U.S ruling elites and their policies but somehow danger of disintegration and declination of America has been started. The only way-out to this situation for Obama and his administration is to stop supporting evils forces by   valediction of current policies and respecting the sovereignty of the other nations.