US Generals having Nightmare 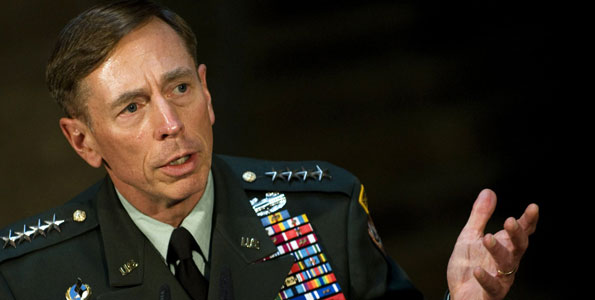 This is not a good year for the generals. In just ten days 3 four-star US generals have found way to infamy: Two generals, Gen Petraeus and Gen John Allen for infidelity and creating risk of security leaks and the third, Gen William ‘Kip’ Ward for misuse of government funds. Gen Kip has now to return 84 thousand dollars to the government.

His shoulder will now carry one star less and he would now retire a three-star general. Nothing can be of greater shame for a general than to lose a star but we hear no complaints from him about the way his case was summarily treated or given so much publicity.
It is not just our generals and politicians who move around in exclusive social surroundings; it happens in the US too. There are many scandals rumoured in the drawing room sittings and parties of the members of top politicians, bureaucrats and generals in Washington. Well-connected journalists and investigating agencies mostly have wind of these rumours. Journalists do not publish these stories because these are rumours and as such unsubstantiated; investigating agencies do not act upon these for the very same reason. They, nevertheless, are on the lookout for proofs and when they get evidence, they take no time to publish these or start serious probe.

Once a case is unearthed, it usually becomes a string operation because during probe, the individuals being investigated usually drop hints of irregularities in job situations or details of extra-marital affairs of other highly placed members moving in the same circle. As such, it is quite possible that we see some other highly placed generals or bureaucrats falling from grace in Washington. Many general may be having nightmares as they brood over the possibilities of inadvertent leaks during these investigations.
The media in the US is doing overtime and splashing all kinds of juicy and most minute details about the accused generals but no one in America is saying that this is a conspiracy to weaken the US army. Even the accused generals are not putting such arguments in their own defence, for if they did, they would be facing ridicule. No one is saying that so much negative publicity to the generals is either demoralizing the US army’s ranks and files nor is anybody saying that the army is earning notoriety throughout the world.

American public have worked out a system of accountability through trial and error over the years; so have the govt machinery as a whole and the officials accused as well. The citizens of the superpower have accepted the fact that it will continue to happen and that highly placed individuals in government will, from time to time, be accused and found guilty; also, that actions against such individuals will only strengthen the institutions to which these accused or convicts belong. It is a cleansing process. Americans also believe such actions also discourage other officials from misusing their authority or misappropriating public funds.
In developed democracies, once high-government officials are accused, they apologize and resign; accept demotion; or chose to fight it out if they believe in their innocence. However, nobody takes the stance that he or she is or has been working on exalted positions and as such should be treated differently and with greater respect or that the law should be lenient with them, for if anyone took such a position that would be a greater wrongdoing than the original crime. That would be considered an elitist attitude in a democratic country unacceptable in democratic societies. It would be, in the eyes of the public, like hammering a square peg into a round hole: Elitism and democracy do not go together.

It is true that our generals, most often than naught, have this elitist attitude towards everything civilian even the civilian judicial system and our politicians are not different. The generals, at least, are honest about it. The politicians try to evade law and create situations where they become above the law through sneaky measures.

Take the case of ex-prime minister Yousaf Gilani and his son who were called by an FIA director to his office for investigation. In well-established democratic countries, it is a routine matter and there is no fuss about it. The media in any country will publish news, good or bad, about famous individuals, nevertheless. These famous accused individuals will blame journalists of carrying out media trail, nevertheless.

In the instances regarding Gilani and his son, our MNA’s did not like that; a ‘lowly’ director of an investigation agency should call the ex-premier and his son to his office for investigation. They have called the director to explain as to how he dared to summon an ex-PM and his parliamentarian son to his office. Against this, we have records of incidents in UK and US where ordinary officials investigated sitting prime ministers and presidents. But no PM or president claimed privilege on the ground that he or she was an elected official and holds high office.

Our parliamentarians want special treatment for Yousaf Raza Gilani just because he is an ex-premier and his son because he is a sitting parliamentarian. Why criticise the generals if our ex-elected officials and sitting MNAs, senators and MPAs want the same preferential treatment because of their previous or current exalted positions. This is elitism and has no place in a democratic setup.
It may take time for our generals and highly placed politicians to get used to the idea that accused or proven convicts have to be treated at par with other criminals. Nevertheless, the process of just accountability must go on.