Vidya all set to go back to Kolkata soon 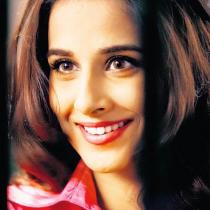 Director Sujoy Ghosh, who tasted unprecedented success with his last film Kahaani earlier this year, has already geared up to make its sequel. There was news of actor Vidya Balan, who played the protagonist Vidya Bagchi in the film, reprising her role for the sequel. Sujoy, finally, puts the rumours  to rest by saying, “How can I alter the central character of the original? It’s all about Vidya.”   Sujoy has already started writing the sequel and he maintains that it will be a fresh story keeping the central character in mind.

“It will be a continuation of the journey of Vidya Bagchi,” says Sujoy, who is apparently planning to start the film by early next year.   The original film followed Vidya, as she navigates her way through chaotic Kolkata to avenge her husband’s murder. In the quest, she is helped by a cop, and encounters various quirky characters, most famous of them the assassin Bob Biswas. Sujoy is plotting the sequel, too, with Kolkata in the backdrop. “Kolkata will play an extremely important character in the sequel. It’s primarily the city, but we will also shoot in some other parts of the country,” says Sujoy.

The director refrains from giving out any details about the story. “It’s too early to say anything about the story. I am still in the writing stage and the plot changes every day,” he says. Reportedly, Sujoy is also writing Badla, where Amitabh Bachcan will play the lead. “Badla is certainly not the sequel to Kahaani,” says Sujoy.