DG ISI’s Crucial Visit to the US

With the full backing of the civil and military leadership in melting further ice between Pak-US ties, the Director General of the Inter-Services Intelligence (ISI), Lt-Gen Zaheerul Islam will visit America and will meet Director CIA General David Petraeus on August 2. 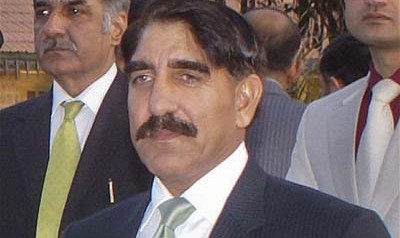 Notably, the scheduled visit of the DG ISI to the US was postponed in May due to some reasons. In this regard, US high officials had openly been pressuring Pakistan for Dr. Shakeel Afridi’s release, who was sentenced to 33 years imprisonment by the order of Assistant Political Agent, Bara. The punishment is based on his close association with the banned terrorist group Lashkar-e-Islam. The evidence produced by the Joint Investigation Team before the court proved Dr. Afridi’s clandestine collaboration with the CIA in connection with the May 2 US raid in Abbottabad. Besides, another reason of cancellation the trip was intermittent drone attacks on Pakistan’s tribal areas. In May, when Pakistan government was likely to send ISI Chief Lt-Gen Zaheerul Islam to the US, a CIA-operated predator’s strike killed 10 people in North Waziristan on May 24. On May 28, another similar strike killed four people.

Even at that sensitive moment, when Pak-US diplomats were negotiating a complex issue of restoring the NATO supply routes, US accelerated CIA-operated predator’s strikes. After a two-month pause in the aftermath of the Salala incident, these strikes by the unmanned aircraft have continued, killing more than 70 people in North Waziristan.

While, Islamabad reopened the NATO supply into Afghanistan on July 4, 2012 by accepting the US apology regarding the killing of 24 Pakistani soldiers in November 2011 on Slalala check posts. A few days after the reconciliation, a US drone attack killed 21 people in North Waziristan. Earlier, in violation of the Pakistan’s sovereignty and without informing ISI by setting aside intelligence cooperation, US Special Forces killed Osama Bin Laden in Abbottabad on May 2.

In this backdrop, it is the first time in a year that any Pakistani high-ranking officer like the ISI chief will visit America. However, the much awaited meeting between the spy masters of Pakistan and the US will be of greater importance at this critical juncture, while both the countries are trying to further repair their damaged ties.

In this respect, the DG of Pakistan’s superior intelligence agency will ask the CIA director to evolve some framework to end drones attacks on Pak tribal areas—the thorniest aspect of Pak-US relations. He will raise the question that unmanned aerial attacks are violation of the international law, challenging a relationship that can actually accomplish a lot more on the ground than we are doing today in eliminating terrorism.

He will especially indicate that these predator’s strikes are proving counterproductive. In this connection, DG ISI will reveal that if these air attacks continued, the US policy of liberalism and democracy could badly fail, giving a greater incentive to the fundamentalist and extremist elements in Pakistan. Such a faulty policy is likely to result in more recruitment of militants in FATA, and will bring more subversive acts in Pakistan, ultimately damaging US interests in the region at this hour when US needs Islamabad’s help for stability in Afghanistan, while NATO troops are going to start withdrawal of their troops from that war-torn country in 2013.

While indicating public backlash inside the country against the unmanned drone attacks, ISI chief will make it clear that American raids are a violation of country’s sovereignty and are increasing anti-US sentiment among the people. In this context, recently, Pakistan’s political and religious parties conducted rallies, processions and long march in relation to resumption of NATO transport routes, especially drone attacks.

Besides other irritants between both the countries, predator’s strikes on FATA could create a greater impediment in settling other issues between Pakistan and the US.

During the meeting with his American counterpart, besides talking on the other related issues, DG of ISI Lt-Gen. Zaheerul Islam would discuss new mechanism for intelligence sharing and counterterrorism cooperation between the two countries.

According to AFP, DG ISI will point out, “We need this precision strike capability to avoid collateral damage and its political fallout. The idea is that the US develops the target and tells us, and we destroy it ourselves.”

Reliable sources suggest that during his negotiations with CIA Director General David Petraeus ISI Chief Lt-Gen. Zaheerul Islam is expected to take up the issue of repeated cross-border incursions of militants in Pakistan from the Afghanistan side.

Some sources disclosed that violations of the protocol of diplomatic conduct are being spun into an excuse to support the CIA’s unilateral espionage operations in Pakistan. These sources also revealed that no proof of the unregistered officials being from the CIA has been offered by the US.

Official sources have argued that there is nothing derogatory in Pakistan demanding identification of US diplomats, administrative and technical staff. They also advised that diplomats are to acquire permission from the Pakistan government for carrying lethal weapons, all of which should be licensed.

With the Raymond Davis bogey still fresh in everyone’s mind, unaccredited persons, who are not held on diplomatic roster of the Foreign Office, are feared to run the risk of getting embroiled in a situation, bearing potentially calamitous consequences for the already fragile Pak-US relations.

It is also expected that during his meeting with the CIA Chief, ISI DG will also raise this question of CIA agents which are again entering Pakistan under the guise of diplomats.

In this recent past, as part of US espionage network, hundreds of the American CIA spies entered Pakistan under the guise of diplomats. They started supervising and guiding the anti-Pakistan activities through their affiliated militants. These spies were also trying to gather information about Pakistan’s nuclear assets.

Meanwhile, some days before the trip of ISI DG to the US, a US drone attack on July 23 killed 12 people North Waziristan.

In these adverse circumstances, during talks with his counterpart, DG ISI Lt-Gen. Zaheerul Islam will take a firm stand particularly on the drones’ issue.