How Britian exchanges intelligence with US on Drone Strikes? 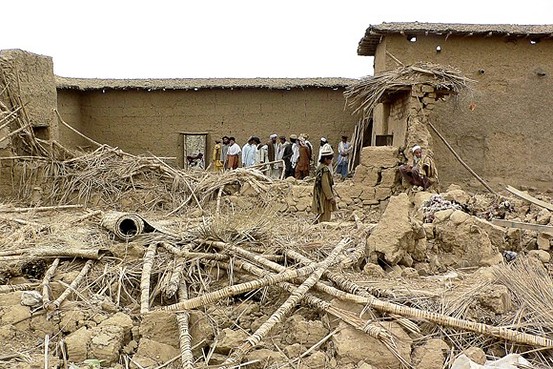 Noor Khan Case May Reveal How Britian exchanges intelligence with US on Drone Strikes?

A court action brought by a Pakistani student whose father was killed in a suspected US missile strike last year could force Britain to reveal whether it gives America intelligence for drone attacks on terrorist suspects.

Human rights lawyers acting on behalf of Noor Khan are seeking a judicial review aimed at forcing the Foreign Secretary to say whether there is such a policy, in a case which threatens to expose ministers to allegations of war crimes, it was reported.

The US has used hundreds of drone strikes against suspected Al Qaeda and Taliban targets in Pakistan since 2004 – a tactic it has also deployed to attack militants based in Yemen.

It has been seen to have played a key role in thwarting terror plots against the West.

Michael Clarke, director of the Royal United Services Institute, told a newspaper he would be “astonished” if British agents were not giving their US counterparts information to help them locate terrorist suspects.

“I believe it to be true that our intelligence information in certain cases has pinpointed targets for attacks and those attacks do amount to extra-judicial killing,” Mr Clarke said.

“From a political point of view the whole question of our intelligence involvement in drone attacks is a political hot potato.”

Mr Khan, whose father is one of hundreds of civilians who say they have lost innocent friends or relatives in the drone attacks in the Waziristan region of Pakistan.

Daud Khan and at least 40 other people from the same tribe died when a meeting of elders was struck by a missile thought to have been fired from a CIA drone on March 17, 2011.

Speaking via his lawyer in Islamabad, Mr Khan told The Times: “I want to achieve justice. I would like those to be on trial who were responsible for the killing of my father.”

There is no indication that British intelligence was used in this strike, but Mr Khan’s application to the High Court – which may be heard as early as July – will go to the heart of a “grey area” in the intelligence-sharing contacts between the US and UK.

Among those killed are believed to be seven British passport holders – raising the possibility of the UK being accused of complicity in the deaths of its own citizens, whether they were suspected of terrorist activity or not.

Clive Stafford-Smith, director of legal charity Reprieve, which is backing the application, said the UK “should be worried because there is no question that they are complicit in war crimes”.

A Foreign Office spokeswoman said: “It is the UK’s longstanding policy not to comment on intelligence matters.”