Is Israel an ally of the U.S.?

By Philip Giraldi The Passionate Attachment

Why I don’t like Mondays?——-Sometimes it’s better to sleep in on Monday morning. I had carefully avoided two 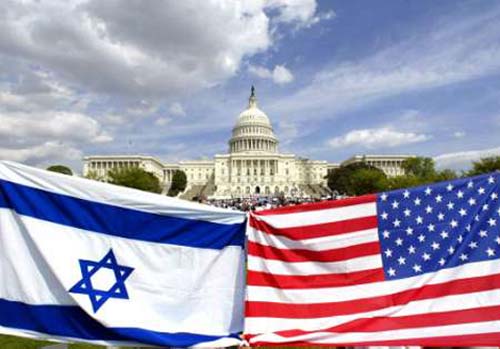 appearances on FOX and CBS by Benjamin Netanyahu on Sunday morning talk shows but should have expected that the wisdom imparted by the great Israeli statesman would continue to resonate. Sure enough, the Washington Post featured a story describing Bibi’s disappointment that the Iranian nuclear program has not been destroyed since the election of Barack Obama. Netanyahu also threatened to take military action against Syria to seize its chemical weapons lest they fall into the hands of Hezbollah.

Okay, I get it, but the real kicker was the additional insights provided in the article. It explained “The comment by one of the nation’s closest allies–who has heavy political influence among the US electorate–hinted at a reproach of President Obama…” The article then notes that “Romney and the Israeli leader have a long friendship stemming from their brief overlap in the 1970s at Boston Consulting Group.” First of all, Israel is not an ally of the United States even if the statement is repeated ad nauseam. Second, Bibi is the government leader of a foreign nation that has its own agenda which is contrary to US interests, something noted nowhere in the article. His heavy political influence in the US is asserted through the traitors in Congress and the media, and also via Pastor John Hagee, who would like to see the second coming of Christ, at which point all the Jews who do not convert will be killed. And finally, Netanyahu himself has denied any “long friendship” from the “brief overlap” with Romney. Romney would like to convince the John Hagee crowd that such a relationship exists, but it is a convenient fiction.

And then flipping a few pages over there was a treat from the Post’s designated right wing blogger Jennifer Rubin. If you wondered how the tragedy in Aurora Colorado could possibly relate to the Middle East Jennifer can enlighten you. Take twelve deaths in Colorado coming from a country of 312 million and think about 5 Israeli deaths in Bulgaria coming from a nation of only 7.8 million. Crunching the numbers, the impact for Israelis was as if 200 had died in Colorado. I know it’s confusing but Jennifer is real smart. And, Jennifer added, meanwhile think of all those Syrians whom the Israelis so desperately want to help by invading their country. Jennifer’s estimate that Assad has killed 14,000 of his own people in a nation of 20 million would have the same relative impact as 210,000 dead Americans.

Ironically, Jennifer’s blog came out on a day when the news was also reporting 145 killed in Iraq in one day. As Iraq has 33 million people, that works out to the equivalent of 1,371 dead Americans using Jennifer’s curious metric to establish equivalencies. But, of course, Jennifer does not mention Iraq as that was a neocon-initiated war on behalf of Israel which she helped promote.

Philip Giraldi is the executive director of the Council for the National Interest and a regular contributor to The Passionate Attachment.