JUST FOR A PEACEFUL TOMORROW 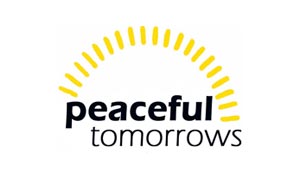 Do we really need guns and cannons, drones and bombs particularly when we don’t have sufficient milk and food for our innocent children, medicines for our ailing patients and books for our deserving students? Certainly not; we will have to decide what we need and what we not. The wrong choice of needs and necessities is always the basic flaw that leads a society to a catastrophic destruction. Peace could never be possible in presence of weapons. No war can last longer if the confronting armies run short of arms and ammunitions. For a safer and a prosperous future of the world, all we need is to put a check on the manufacturing, production, trade and supply of weapons. Issues, particularly the conflicting issues are an integral part of life but these issues must be settled through talks and negotiations, not by use of force. Peace and harmony must be the top-most priority for everyone, at individual as well as at regional level. ‘World needs peace’ must be the most important slogan for all of us.

Pakistan and India are no doubt two democratic neighbouring countries whose bilateral relationship always plays an inevitable role in promotion of the regional peace and prosperity. If these two countries had been on friendly terms and relations, the present scenario along and across their borders would not have been filled with hostility and enmity. Unfortunately other than the innate natural disliking for each other, there are so many issues which had always added distress to the already growing distances between these countries. It is true that the natural feeling of disliking could never be rooted out but we can do a lot to uproot the issues adding to this disliking. These issues include the water conflict, the Kashmir dispute, the problem of Sir Creek and certainly the scourge of terrorism veiled behind extremism. All these issues can be settled through negotiations and table-talks but the basic thing the two countries need is the will to solve the issues and shorten the distances.

Keeping in view the same ‘World needs peace’ philosophy, the government of Pakistan has always been very honest and eager in doing whatever that is possible in this regard. Recently an invitation has been extended to the members of the Executive Council of the All Parties Hurriyat Conference to visit Pakistan. It is being hoped that these members would visit Pakistan from 15th to 22nd December 2012. On one hand, this eight-day visit would prove Pakistan’s strong support to the Kashmir cause and on the other hand it would pave way for the process of peace and harmony between Pakistan and India because the All Parties Hurriyat Conference is ranked as ‘facilitator in deciding things’ according to desires and aspirations of Kashmiris. Most of the liberals from the Indian society have a very positive opinion regarding the visit of the members of the Executive Council of the All Parties Hurriyat Conference to Pakistan but at the same time there are a few hardliners who are not happy at this development. Such hardliners are very well aware of the fact that such consultative process between the representatives of the Kashmiri people and the political government of Pakistan would surely ensure a journey to the peaceful resolution of Kashmir issue. Since they are in a habit of rejecting and refusing the individual identity of the people of Kashmir as a nation, they are never ready to welcome anything positive done for them.

It is a very encouraging fact that the large majority of general Indian population wants peace in the region and usually the Indian hearts are free of hatred for Pakistan. Even the Indian Prime Minister Manmohan Singh has so many times said that India wants to resolve all issues, including Jammu and Kashmir issue with Pakistan through dialogue. The Indians as a nation are peace loving and amiable. They know that peace leads to prosperity and in the larger interest of their own country and for the regional peace they never become a part of the anti-Pakistan propaganda machinery. But the hardliners in Indian media and in the military bureaucracy are never in favour of a cordial relationship between these neighbouring countries. These hardliners have started a negative campaign against the visit of APHC leaders by defaming the members of the visiting group as Separatists. They are planning to create hurdles in facilitating travel documents to the members of the APHC leaders. The crust of the matter is that such hardliners are living in a world of their own imagination where unfair hue and cry can mar the peace process. Their aggressive attitude towards the upcoming trip of Hurriyat leaders to Pakistan is nothing but a futile attempt to disrupt and distort the peace process which is no doubt the most urgent need not only of the two countries but of the whole of region. Pakistan sincerely wants Kashmir Issue to be resolved as per the wishes of Kashmiri people according to the UN Charter and same would be the desire of peace loving stratum of the Indian society. It is the high time that the people of India must join hands together with the people of Pakistan and seek out a gentle way to resolve the ever-pending Kashmir issue. Our coming generations would be thankful to us if we succeed in providing them such a fertile land where grows nothing but the fragrant flowers of peace and prosperity.