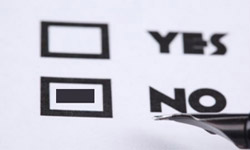 The poll of 737 respondents, conducted by the University of Maryland’s Program on International Policy Attitudes (PIPA) between Sep 27 and Oct 2, 2012, showed that 63 percent of respondents believe that the US should discourage Israel from attacking Iran while 33 percent said the US should encourage Israel to attack Iran’s nuclear program.

Four percent said they had no answer to the question, press tv reported. The participants were also asked about the outcome of an Israeli strike on Iran by giving their opinion on: 1) Iran’s possible attack on the US bases in the region and subsequent engagement of the US, and 2) possibility of sudden upsurge in international oil prices.

Seventy percent of the respondents said Iran would attack US bases in the region and drag the US into a new war, 23 percent maintained that Iran was not probable to engaged with US, and 7 percent did not answer the question.

As for the impact of Iran attack on global oil prices, 86 percent said prices would sharply rise, 9 percent said the price hike would not be remarkable, and 5 percent had no answer to the question.

The poll results are indicative of the American people’s serious concern about the consequences of Israel’s attack on Iran, especially the possibility of Iran’s reprisal against US regional bases and engagement of Washington in a new war. Due to current profound domestic and economic problems that Americans are experiencing, they are vehemently against involvement of their country in another regional conflict.

Tel Aviv has repeatedly threatened Iran with a military strike, saying that Tehran is pursuing non-civilian objectives in its nuclear energy program.

Iran argues that as a signatory to Non-Proliferation Treaty and a member of International Atomic Energy Agency, it has the right to develop and acquire nuclear technology for peaceful purposes.

Iranian officials have also vowed a crushing response to any military strike against the country, warning that any such measure could result in a war that would spread beyond the Middle East.