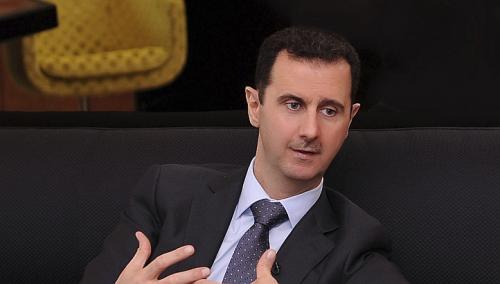 As the Syrian civil war becomes increasingly chaotic and bloody, some experts caution that the conflict is not a simple morality play featuring an evil regime versus noble, freedom-loving rebels. Instead, it is a complex struggle involving several ethnic and religious factions. The regional context for the Syrian conflict is at least as complex, reflecting both a triangular geopolitical contest for dominance among Saudi Arabia, Iran and Turkey and the ancient bitter rivalry between the Sunni and Shia factions of Islam. Unfortunately, the United States and its European allies seem only dimly aware of those dynamics and the dangers they pose.

Historians have remarked that the Spanish civil war in the 1930s, pitting Franco’s fascist forces against the left-leaning republican government, was in some respects a proxy war between Nazi Germany and the Soviet Union. There is a similar aspect to the Syrian conflict. The domestic divisions in that country are very real and are the prime driver for the fighting, but regional rivalries also play an important role. Saudi Arabia and its Gulf allies, backed by the United States and NATO, want to remove Syrian dictator Bashar al Assad not just because he is a brutal, corrupt leader. His principal sin is that he is Iran’s primary ally in the region. Both the Saudi bloc and the Western powers want to further isolate the Iranian regime, largely because of Tehran’s persistent nuclear ambitions, but also because of Iranian support for movements that threaten conservative ruling elites in the Arab world. Assad’s fall would strike a serious, perhaps mortal, blow to Iran’s power and ambitions.

The Syrian conflict is only one theater in the geopolitical rivalry between Saudi Arabia and Iran. That rivalry also has been an important factor in the simmering tensions in Bahrain, where a Sunni monarchy rules a majority Shi’ite population. Tehran has sought to galvanize discontented Bahrainis, and Riyadh has backed the current government to the hilt, even sending in Saudi security forces last year to bolster the monarchy and crush anti-regime demonstrations. Since Bahrain is the home port to the US 5th Fleet, Washington displayed markedly less sympathy for manifestations of the Arab Spring in that country than it did elsewhere in the region. Indeed, the Obama administration quietly backed the Saudi intervention.

Whereas Riyadh seems to have won the contest (at least for now) in Bahrain, the outcome with respect to a much bigger prize — Iraq — has been far different. There, the Shi’ite-led government of Prime Minister Nouri al Maliki has increasingly tilted toward Iran on an array of issues. Baghdad has, for example, staunchly resisted calls from Sunni governments in the Middle
East as well as from Washington to support stronger sanctions against Syria. Perhaps in response to such pro-Iranian recalcitrance, violence inside Iraq re-ignited during June and July, with many of the attacks directed against Shi’ite targets. It has been an open secret for many years that Saudi elements have funded and armed Sunni factions in Iraq, and the Maliki government is suspicious that such support has greatly contributed to the violence that continues to plague the country.

It is not coincidental that Saudi Arabia has been especially adamant about calling for Assad’s ouster and for a transitional government in which the Free Syrian Army (FSA) would play a major role. Evidence mounts that the FSA is Sunni-dominated, while Assad’s pro-Iranian regime is a coalition of minorities, especially Christians and Alawites—a Shi’ite offshoot. Thus, the fight inside Syria is a microcosm of the regional struggle between Sunni Saudi Arabia and Shi’ite Iran.

There is another key player in the Syria conflict, though, and that is Turkey. Just a few years ago, the government of Prime Minister Recep Tayyip Erdogan worried the country’s NATO partners by seeking a rapprochement with Iran — and with Iran’s ally, Syria. But that strategy has been fading for some time, as Tehran’s uncompromising attitude on the nuclear issue frustrated Ankara. When the Syrian conflict exploded in 2011, the Erdogan government soon made common cause with Saudi Arabia in trying to bring about regime change in Damascus. The religious aspect was a key factor. As the violence in Syria escalated, it became untenable for Erdogan’s ruling conservative Sunni party to countenance the spectacle of the mostly Alawite and Christian Syrian military slaughtering mostly Sunni insurgents and civilians. Ankara has provided sanctuaries inside Turkey to the Free Syrian Army and gives funds and other aid to the insurgents. Following the downing of a Turkish military jet (apparently in Syrian air space) in late June, the two countries came to the brink of war.

Halil Karaveli, a senior fellow at the Central Asia-Caucasus Institute and Silk Road Studies Program Joint Center, describes how the Syrian conflict is merely part of the larger regional geopolitical mosaic. Writing in The National Interest Online, Karaveli notes that Turkey has now “embraced an exclusively Sunni cause in Syria.” That is important because “sectarian considerations have acquired an importance in Turkish foreign policy as never before. Ankara is not only embroiled in a confrontation with the Alawite Syrian regime but is also in conflict with the Shiite regime in Iraq. In addition, the historic geopolitical rivalry between Turkey and Iran, the champion of Syria, has resumed after a brief interlude.”

Ankara’s strategy entails considerable risks, however. Turkish leaders understand that a definitive victory by the FSA would lead to enhanced Saudi influence in Turkey’s immediate neighborhood, causing more than a little uneasiness in Ankara. Turkish Foreign Minister Ahmet Davutoglu told the parliament that a “new Middle East is about to be born,” and that Turkey “will be the owner, pioneer and servant” of that new Middle East. That was a not terribly subtle message to both Iran and Saudi Arabia to mute their own ambitions for dominance. But Turkey’s ability to control developments in Syria may be far more limited than the Erdogan government believes.

An even greater risk is that the power struggle in Syria could spread well beyond Syria’s borders, including into Lebanon, Iraq and Turkey. Already there are indications that Damascus has retaliated for Ankara’s backing of the FSA by reviving Syrian support for Kurdish rebels in Turkey. The Kurdish insurgents there certainly have become more active in recent months.

All of this confirms that the Syrian conflict is not merely a civil war; it is one theater in a very dangerous regional struggle. The United States and its NATO allies are being recklessly naïve to assume that Assad’s fall from power would dampen the violence in Syria, much less that it would lead to a more stable Middle East. It is more likely to have the opposite effect.

Ted Galen Carpenter is a senior fellow at the Cato Institute.