A bad guy is a bad guy, he must be eliminated

Letter to the Editor 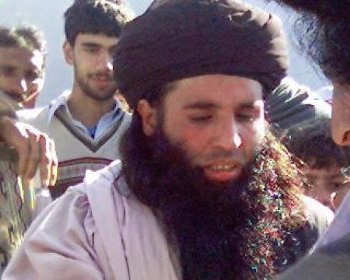 Finally the world has woken up. “A bad guy is a bad guy, he must be eliminated.”

Dana Priest’s story published on October 17 must be taken as an eye-opener. The report says that Fazlullah, notoriously known with the name of ‘Mullah Radio’ and infamous for his long campaign against female education, ordered the assassination of 14-year-old Swat schoolgirl Malala Yusufzai last week. He sent the assassins from Kunar province of Afghanistan, where the ISAF abandoned and handed over control to local warlords and reportedly the governor of the province is very much in the knowledge of Fazlullah enjoying safe havens. According to statements by Ehsanullah Ehsan, a spokesman for Fazlullah, the TNSM leader selected four assailants, who spent weeks gathering information about Malala’s travels and planning the attack. The group also sent the teen and her father warnings to stop speaking out against TNSM and in favor of Westerners such as President Obama.

He fled to Afghanistan after the Pakistan security forces swept Swat three years ago. Time and again Islamabad raised the handing over of “the most wanted criminal” to Pakistan with the Kabul government, but in vain. Around 10,000 terrorists led by him blew up hundreds of schools, beheaded villagers, flogged women, killed dozens of Pakistan army soldiers and policemen, forced the exodus of more than a million residents and advanced to within 60 miles of the capital, Islamabad. Fazlullah and his men established training camps and allowed al-Qaeda members to join them in battle.

Now when the innocent Malala has been attacked, and fighting for life in a UK hospital, the world has woken up to the fact. One watches the small town papers in Canada and the US, all of them are in revolt against the barbaric act of the Mullah. All are debating why not the next drone attack takes him out. Taking out him would be a plus point to the president. Because of his long record of violence and civilian executions, he is considered a priority target for NATO forces, according to analysts. “He’s on everyone’s target list,” said Jeff Dressler, senior research analyst at the Institute for the Study of War, who has assisted the US military in Afghanistan.  “He could marshal thousands of troops,” said Bill Roggio, editor of the Long War Journal, who has been following Fazlullah for years.

An operation, if any, also needs to be undertaken across the border in Khost, Nuristan and Kunar from where these terrorists are coming to Pakistan. Remember, said Shahbaz Thuttal, a security expert, Salala was allegedly attacked by the Afghan forces; supported by NATO air force and choppers, from across Nuristan along with Fazlullah and Afghan forces reportedly under the command of two Afghan Brigadier Generals. But the same terrorist, Fazlullah, has been involved in attacks in Kabul and elsewhere on NATO-US forces.