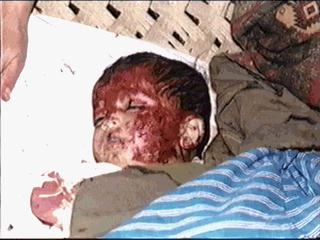 Some media anchors of Pakistan have misperceived that Islamabad has set aside the solution of Kashmir issue due to its internal crises including subversive acts, while paying more attention on the Confidence Building Measures (CBMs) with India.

It was a wrong assessment as Pakistan has endless focus on Kashmir Issue. In this regard, Pakistan’s Foreign Minister Hina Rabbani Khar has invited 8 members of the executive council of the All Parties Hurriyat Conference (APHC) to Pakistan from 15 to 22 December 2012. The aim is to begin a consultative process between the rulers of Pakistan and pro-movement leaders of the Indian held Kashmir in order to prepare suitable basis which may result into settlement of Kashmir dispute. In fact, such visits by the Kashmiri leaders are conducive for both Pakistan and India as APHC acts as facilitator in deciding objectives which are in line with aspirations of Kashmiris who are fighting a war of liberation against the illegitimate control of New Delhi on Jammu and Kashmir.

Meanwhile, Indian fundamentalist elements and hardliners including media hawks who are over-cautious over the upcoming trip of Hurriyat leaders are determined to derail the Pak-India new peace initiative. They are creating obstacles to curb first formal conversation between the Kashmiri leaders and Pakistan’s rulers. In fact, these elements do not desire that trust between Islamabad and APHC leadership should strengthen. Therefore, on one hand, they seek to increase trust deficit by creating misunderstanding between Hurriyat leaders and Pakistan, while on the other hand, they are targeting the Indian Prime Minister Manmohan Singh who said that India wants to resolve all issues including Kashmir dispute with Pakistan through dialogue as announced by New Delhi and Islamabad on February 10, 2011.

In this backdrop, India may again show its obstinacy in issuing travel documents to the APHC leaders. In this respect, division can be created within the pro-movement camp of Kashmiris. In such a negative scenario, New Delhi may grant permission only to few leaders of APHC to visit Pakistan. However, these elements can jeopardise the consultative process initiated by Islamabad.

As part of its delaying tactics for settlement of Kashmir dispute, Indian rulers availed various crises so as to suspend the process of Pak-India talks. For example, in 2002, under the pretension of terrorist attack on the Indian parliament, New Delhi postponed the process of dialogue. Again, in 2008, India suspended the ‘composite dialogue’ under the pretext of Mumbai terror attacks which were in fact, arranged by its secret agency RAW in connivance with Indian home-grown terrorists.

India and Pakistan resumed the new phase of parleys in March, 2009, which were the first structured bilateral talks. But every time, prime ministers and foreign ministers of both the countries have ended their meetings with issuance of positive notes, and vowed that their dialogue would pave the way for the solution of real issues, particularly the core dispute of Kashmir, but the same failed without producing tangible results. Notably, on November 10, 2011, the then Prime Minister Gilani and Prime Minister Manmohan Singh met on the sidelines of the SAARC summit in Maldives. They agreed to improve their bilateral relations by resolving all issues. Quite contrarily, two days after that meeting, Singh stated, “I left Gilani in no doubt that if public opinion in India is not satisfied that justice is being done to those responsible to the barbarous attack of Mumbai, it would not be possible to move forward with the peace process.”

In Maldives, Pakistan’s Interior Minister Rehman Malik said about Pakistan’s position that Ajmal Kasab, the lone survivor of the 26/11 terror-incident is a “non-state actor…should be hanged, so should perpetrators of the Samjhauta Express blast.”

Pakistan’s President Asif Ali Zardari who visited India on April 8, this year met Indian Prime Minister Manmohan Singh. After the meeting, both the leaders stated that the two countries “are willing to find pragmatic solutions to a number of issues.” And Indian prime minister will open up the possibility for strengthening CBMs in this regard.

During the visit of India’s External Affairs Minister S M Krishna to Pakistan, Islamabad and New Delhi signed on September 9, 2012, an agreement of liberalised visa regime and a memorandum of understanding on cultural exchanges.

Pakistan’s Foreign Minister Khar pointed out that with her counterpart Krishna, she discussed all the outstanding issues such as terrorism, Siachen, Sir Creek, Wullar Barrage, water and especially main dispute of Kashmir.

Notably, India is employing shrewd diplomacy of emphasising more on CBMs than to pay attention for the settlement of real issues, particularly thorny dispute of Kashmir. It is only interested in promotion of trade, friendly exchanges, tourism, relaxation of visas etc. While taking positive steps, Islamabad signed a number of trade agreemens with New Delhi, which allowed India exports of mutltiple items across the Wagah border. It also granted India Most Favoured Nation status, which permits trade in almost everything.

It is mentionable that Indian adamant stand during Pak-India parleys are not without some sinister designs. In this context, India is determined to keep its hold on Kashmir which is considered by it as integrated part of the Indian union. It also wants to blackmail Islamabad by stopping the flow of rivers’ water towards Pakistan as major rivers of our country take origin from the occupied Kashmir. India is only fulfilling the formality through the new phase of talks by showing to the US-led western countries that it is willing to settle all the outstanding disputes with Pakistan including Kashmir.

In this respect, another reason is that the fundamentalist party, the Bharatiya Janata Party (BJP) including other similar extremist groups has always put pressure on the Prime Minister Manmohan Singh by opposing the revival of Pak-India dialogue. In August, 2010, BJP had questioned Manmohan Singh’s statement on autonomy for Jammu and Kashmir, saying: “autonomy for the state would not be tolerated.” The pressure of BJP could also be noted from the statement of Indian Prime Minister Singh who said on June 28, 2011 that Pakistan should “leave Kashmir alone.”

On the otherside, despite the employment of various forms of state terrorism by the Indian security forces like crackdowns, curfews, illegal detentions, massacre, targeted killings, sieges, burning the houses, torture, disappearances, rape, breaking the legs, molestation of Muslim women and killing of persons through fake encounter, war of liberation which intensified since 1989 continues by the Kashmiri freedom fighters.

In their various reports, Human Rights Watch and Amnesty International have also pointed out grave human rights violations in the Indian controlled Kashmir, indicating, “The Muslim majority population in the Kashmir Valley suffers from the repressive tactics of the security forces. Under the Jammu and Kashmir Disturbed Areas Act, the Armed Forces Special Powers Act and Public Safety Act, security forces personnel have extraordinary powers to shoot suspected persons.”

Besides, European Union passed a resolution on May 11, 2011 about human rights abuses committed by Indian forces in the Indian held Kashmir.

Nonetheless, Pakistan will continue moral, diplomatic and political support of Kashmiri brethren. Therefore, 27th of October is being celebrated every year as the “Black Day” by Kashmiris, living on both sides of the Line of Control. On this very day, Pakistanis and Kashmiris across the globe express solidarity with the freedom fighters as a protest against Indian illegal occupation of Kashmir. It is due to the joint efforts of Kashmiri leaders and Pakistan’s subsequent regimes that the Kashmir issue remains under endless focus in wake of Indian delaying tactics.