Memory of the Swat Operation 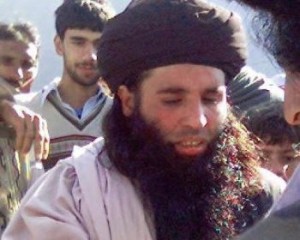 The memory of the Swat Operation still remains in the mind, though it started on May 16, 2009. The area was successfully cleared by Pakistan’s Armed Forces of any terrorists.

In this regard, Swat peace accord was signed on February 15, 2009 between the government and the militants led by Sufi Muhammad, head of the Tehreek-e-Taliban Pakistan (TTP). It was agreed to establish Nizam-e-Adl in Malakand Division and Kohistan District of Hazara in return for Maulvi Fazlullah (Sufi’s son-in-law) led militants, surrendering arms and refraining from all sorts of violent acts. Meanwhile, National Assembly had passed the Nizam-e-Adl Regulation.

But, by transgressing the peace pack, Taliban re-initiated their previous practice of beheadings, kidnappings, attacks on the check posts of the security forces etc. In Swat, their anti-social, anti-Islam and inhuman tactics such as attacks on government buildings, girls’ school, video shops and police stations, using car suicide bombers had also been destabilizing Pakistan. In some regions, particularly in Swat, Taliban leaders had created states within the state, and had been involved in a number of crimes such as drug-smuggling, forced marriages, hostage-takings for ransom and car-snatching. Moreover, by setting aside the terms of the peace agreement, the Taliban equipped with heavy weapons started making checkpoints, strengthening their position in Swat and Dir. They refused to renounce arms, and even entered Buner.

In these adverse circumstances, the military operations were re-conducted to restore peace in these affected areas, and to get rid the innocent people of the brutalities of the Taliban. Overwhelming public, belonging to every province of Pakistan and all the segments of society supported the Swat and Malakand military operations, as majority of the people are against the Taliban style of Sharia. An all-parties conference (APC) vowed to unite the nation against insurgency in these regions, pledging to end terror.

In this respect, in May 16, 2009, Pakistan’s Armed Forces started military operation in Swat. And, within less than three months, Pakistan’s forces successfully ejected the well-trained and well-armed Taliban militants out of Buner, Dir, Swat and other adjoining areas. By sacrificing their lives, our forces killed and captured thousands of the militants—breaking their backbone by eliminating their control and command structure. Reports suggested that tens thousands of the Taliban had fled Afghanistan.

It is mentionable that during the Swat Operation, the TTP militants had been supported by some foreign secret agencies, especially Indian RAW. Through their well-established networks in Afghanistan, they were sending arms and weapons to the Swat-based terrorists with a view to weakening Pakistan which is the only nuclear country in the Islamic World.

In fact, the different war between Pakistan’s Armed Forces and the TTP insurgents in Swat was simply a ‘clash of wills’ between two entities. Military thinkers agree that although the physical force will determine the type and scale of war, yet it is the ‘will to fight’ or ‘moral force’ that determines the outcome of war. Clausewitz puts it this way, “One might say that the physical force seems little more than the wooden hilt, while moral factors are the precious metal, the real weapon.”

In his book, “Fighting Power: German and U.S. Army Performance, 1939-1945”, Creveld identifies the elements of ‘moral force’, whom he calls “fighting power, the willingness to fight and the readiness, if necessary, to die.” The greater these elements, the less vulnerable an armed force will be to demoralization. ‘Moral force’, then, is the crucial factor in determining the combat power of any belligerent.

During the successful military operation, retreat of the Taliban from Swat has proved that such elements like ‘will to fight’ and ‘moral force’ have been more noted in Pakistan’s Armed Forces who have exerted psychological impact of causing fear and shock, resulting into demoralization among the Taliban militants.

Nevertheless, there are various causes which demoralized the insurgents of Swat. Firstly, high ‘moral force’ and ‘will to fight’ coupled with strong determination and cohesiveness as noted in Pakistan’s Armed Forces played a key role in expelling Taliban out of Swat. In this regard, airstrikes by Pakistan Air Force targeted their strongholds. And during street to street fighting, without bothering for their lives, and by air-dropping commandos at the risky places, our forces made a great headway in disrupting the Taliban supply routes. They besieged them at various hotspots, rendering them unable to send reinforcements to their fighters. Secondly, morale of Pak Army was very high. Thirdly, local people started denying the Taliban sanctuaries, and disrupted their links with each other. Fourthly, general masses of Swat opposed the brutal acts of these terrorists which compelled them to leave their houses. They came to know that under the cover of Islamic laws—terror, not Sharia was militants’ real agenda. Hence, they were misusing Jihad which does not allow suicide attacks in killing their own Muslim brethren.

Taking cognizance of the recent terror-attacks, some media anchors and commentators misperceived that TTP militants have still capacity to continue subversive activities. In fact, Pakistan’s Armed Forces have successfully broken the backbone and organized capability of terrorists to launch well thought-out attacks against the government assets. They have met serious setbacks in operation Zarb-e-Azb, and shall finally be totally eliminated from Pakistan. It appears, as if the militants of TTP have lost major grounds, and in severe frustration, they are trying to create some kind of so-called pressure on the government and the Armed Forces which have castigated them to put up strong resistance.

It is notable that when the heavy-armed Taliban entered Swat, Dir and Buner, on April 23, 2009, US Secretary of State Hillary Clinton had stated that Pakistan’s nuclear weapons could fall into the hands of terrorists. But, when Pakistan’s Armed Forces ejected the Taliban insurgents out of the affected areas, then American high officials including Ms. Clinton had admired the capabilities of Pak Army.

Without any doubt, we can conclude that it was because the ‘moral force’ of Pakistan’s Armed Forces, which defeated the insurgents of Swat.