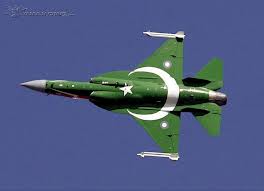 Pakistani nation has celebrated its 66th Independence Day on 14 August, 2012 with full enthusiasm. Every Independence Day always infused new spirit in me. Last midnight of 13-14 August, rounding up of Lahore city with the family in the company of  82 years old Squadron Leader, Retired Abdul Ali Shaukat (my uncle) has also turned out another unforgettable moments of my life. In fact, due to the job compulsion, my uncle shifted to Lahore a month earlier or so. He received the family that had migrated from India to Pakistan. The visit of  Lahore,  which has freshened up the memories of the old veteran but also created touchy and aspiring effects in me and my family as well, after listening the unfolding of events from an eye witness of Independence Day. He narrated that most of families migrated with empty hands and faced multiple crises but the spirit of sacrifices, determination and happiness of freedom do reflect from their faces. He further expressed that although they left their property behind, yet they never lost the hope of moving forward and forward.

Anyhow, Pakistan became nuclear power, developed her communication infrastructures, modernized her cities, produced agriculture, supplied trained and technical manpower to other countries, and progressed in medical profession despite fighting three wars with India and passing through global war on terror. Thus, all this development indicates the sign of strength and potentials of a valiant nation. However, some of political and defence analysts keep on presenting depleted picture of the country and are busy in spreading disappointment while  saying that “Pakistan is under siege and in mess”.

We must acknowledge here that besides facing multi-lateral economic crises such as high prices, load-shedding, unemployment etc., Pakistan and its security forces are coping with suicide attacks, bomb blasts, sectarian violence and targeted-killings including with sporadic battles with the militants in some tribal areas. Besides 30,000 innocent persons, more than 5000 thousand soldiers and several police men have become martyrs in this ‘different war’. In fact, there are a number of external elements like US, India and Israel whose secret agencies, are in collusion to destabilise Pakistan because it is the only nuclear power in the Islamic World. Besides other terror-incidents in various cities, these foreign elements are also fuelling sectarian and ethnic violence in Pakistan’s seaport Karachi and Balochistan.

Meanwhile, in the aftermath of the killing of Osama Bin Laden by a US military raid in Pakistan on May 2, this year, intermittent subversive events in the country coupled with the sporadic attacks of heavily-armed militants who enters Pakistan from Afghanistan have continued, killing several police men and paramilitary soldiers in wake of continued wave of drone attacks and American false blame game regarding cross-border terrorism in Afghanistan. These anti-Pakistan developments clearly show that the US, India, Afghanistan and Israel are in connivance as part of a conspiracy to ‘destabilise’ Pakistan for their common strategic interests. Pakistan stands on restoration of NATO supply forced US to admit her fault over attack on Salala Check Post. We must accept that Pakistan is again confronting with various kinds of crises like she was facing just after the partition. Some of our internal elements are being manipulated by their foreign masters.  Pakistan’s civil and military leadership has repeatedly been revealing that RAW, Mossad and other foreign agencies are involved in supporting insurgency and acts of terrorism in various cities of Pakistan, and separatism in Balochistan.

Unfortunately, it is due to lack of national solidarity among our politicians, leaders and media that foreign opportunists have been manipulating the chaotic situation of Pakistan in order to fulfill their secret agenda by weakening the country. Few immature politicians and segments of societies are also targeting the armed forces and Pakistan’s intelligence agency, ISI so as to increase their vote bank. For example, now they have started propagating that some secret deal on drone attacks between ISI and CIA has been concluded. Contrarily, according to highly reliable sources, Chief of Pakistan’s supreme intelligence agency (ISI), Lt Gen Zaheerul Islam categorically asked CIA to stop drone attacks in Pakistan.

While our media, particularly most of the TV channels conduct controversial debate between politicians and commentators, contesting internal politics. Like the foreign enemies by ignoring the sacrifices of Pakistan’s security forces and its superior secret agency, they malign Pak Army and ISI. In this context, some of our media anchors and most of politicians or political experts pay no attention to national solidarity and cohesion among various civil and military institutes of the country. At this critical juncture, while situation demands selfless unity, both our media and some politicians manipulate every terror-incident or negative development against Pakistan. On renowned TV channels, our politicians oppose their rivals for the sake of opposition. In this context, they opine as to what the people want, but conceal as to what people actually need? Particularly, it seems that a majority of Pakistan’s media anchors are on the payroll of external enemies.

However, severe implications of the ongoing precarious situation cannot be grasped by the general masses at large, who abruptly change their opinion without reason. Hence, they become easy prey to the internal politicians (exploiters), unintentionally benefiting the external conspirators who want to weaken Pakistan by creating a rift between our general masses led by politicians, and the security forces. Apart from it, foreign agents misguide the disgruntled elements that national institutions are not made to develop the backward areas, and policies formulated at Islamabad are not congenial to other provinces except Punjab. Meanwhile, by ignoring public backlash in Pakistan, US high officials had intensified their pressure tactics by continuously insisting upon the country to ‘do more’ by taking military action against the Haqqani network. On the other side, taking note of the US coercive diplomacy, Pakistan’s civil and military leadership flatly refused to launch military operation against the Haqqani Network and asked US to close Pak-Afghan border for having better control over the crosser.

Nevertheless, it is due to a wave of ‘emotionalism’ instigated by some irresponsible politicians and media anchors that general masses have forgotten the services of our security forces and have started disgracing even army and ISI. In this regard stereotypes and prejudices have been created by the foreign enemies through a propaganda campaign which have been misguiding the people who have set aside innumerable services and sacrifices of the Pakistan Army during the Swat and Malakand military operations— resettlement of the Internally Displaced Persons (IDPs), floods, desilting of canals (Bhal Safai)—particularly during the Earthquake of 2005, entailing restoration of law and order on many occasions. Since its existence, military personnel saved the countless helpless people by sacrificing their own lives.

Nonetheless, at this critical hour, Pakistan’s survival lies in selfless national solidarity. For this purpose in order to scold the conspiracy of the external enemies against the integrity of the country, our political leaders must avoid exploiting any crisis not only against one another, but also against the security forces and ISI whose image are deliberately being tarnished by the external plotters. The present adverse circumstances demands sacrifices of individual selfish interests. So, Pakistan’s survival requires a strong sense of solidarity—team spirit and shared aims among the general public, politicians, religious leaders and the security forces not only to resolve the present multiple problems, but also to cope with the external enemies. The writer can be approached through zameer36@gmail.com