Engineering Consent For An Attack Iran 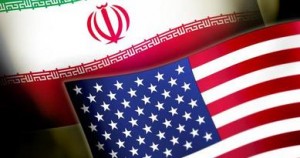 The Israeli premier called the U.S. to spell out limits that Tehran must not cross or else face military action – something Obama has refused to do.

By The Associated Press and Reuters

September 16, 2012 “Haaretz” — Israeli Prime Minister Benjamin Netanyahu warned on Sunday that Iran would be on the brink of nuclear weapons capability in six to seven months, adding new urgency to his demand that President Barack Obama set a clear “red line” for Tehran in what could deepen the worst U.S.-Israeli rift in decades.

Taking his case to the American public, Netanyahu said in U.S. television interviews that by mid-2013, Iran would be 90 percent of the way toward enough enriched uranium for a bomb. He urged the United States to spell out limits that Tehran must not cross or else face military action – something Obama has refused to do.

“You have to place that red line before them now, before it’s too late,” Netanyahu told NBC’s “Meet the Press” program, saying that such a U.S. move could reduce the chances of having to attack Iran’s nuclear sites.

The unusually public dispute – coupled with Obama’s decision not to meet with Netanyahu later this month – has exposed a deep U.S.-Israeli divide and stepped up pressure on the U.S. leader in the final stretch of a tight presidential election campaign.

America’s ambassador to the United Nations says there’s “no daylight” between the United States and Israel when it comes to stopping Iran from developing a nuclear weapon. But Susan Rice also says U.S.-Israeli intelligence indicates that the two nations have “considerable time” before that happens.

Rice tells CNN’s “State of the Union” that economic sanctions are working.

Tehran insists its program is peaceful.

Rice says President Barack Obama has been clear that it stands with Israel and “will do what it takes” to prevent Iran from acquiring a nuclear weapon. But, she adds, “we are not at that stage yet.”