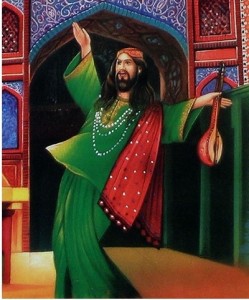 Pakistan is an ideological country which was created on the basis of Islamic principles and spiritual values to enable the people of Pakistan to live their lives as per their faith/religious commitment, cultural norms and socio-political values. The founding father of Pakistan, Quaid-e-Azam Muhammad Ali Jinnah, openly advocated the importance of idealism, human equality and fair play in Islam. He asserted that Non-Muslims including Hindus, Christians and Parsis are all Pakistanis. They will enjoy the same rights and privileges as any other citizens and will play their rightful part in the affairs of Pakistan. The constitution of Pakistan also provides full freedom, security and civil rights to all citizens of Pakistan irrespective of their creed, caste, religion and ethnic origin. Unfortunately present day Pakistan proffers a very different situation in which extremism, terrorism, sectarian divide, corruption, exploitation, target killing and extortion seem to be overriding clauses and underlined characteristics of Pakistani social order. Today, Pakistan is urgently eager to have a Messiah who may re-orientate Pakistani society onto a podium of peace, tolerance and principles of mutual co-existence.

Fortunately the social contract of Pakistan and its cultural foundations blended with the large heartedness of S?f?sm are dexterously flexible and deftly persuasive to accommodate the dissenting thoughts and opposing beliefs. In fact majority in Pakistan is imbibed by Islamic teachings as inspired by the S?f? Saints, who are loved, cherished and followed as symbols of Islamic philosophy having an appeal for tolerance and respect for religious beliefs of other communities. The main quest of S?f?sm is to obtain inner and concealed meanings of Holy Qur?n and become a perfect man emulating the Prophet Muhammad (MPBUH). They believe in unity of God and acknowledge that a source of all knowledge is Allah (S.T). God Almighty Allah created human beings and only He knows the secrets of diversified systems of faith followed by men. The main strength of S?f?s is readiness to engage in dialogue and maintain unconditional esteem of others. They approach the opposing faiths without any fear of getting convert but with an urge to learn and understand the rational of that belief system/faith, celebrating the different paths of reaching to God. They also believe that God is not found in Makkah, Qur?n, Veda or where one places God but God lives in the heart of man. Hence, reach out to man regardless of his religion, caste or ethnic identity. Inward struggle being the most important quest of S?f?s, they treat kindly and generously all other religious communities.

The ethnic, religious and sectarian divide, which is plaguing Pakistan, can be bridged through the teachings of great S?f? Saints. The high points of this school of thought are: Firstly, S?f?sm is defined by its adherents as the inner, mystical dimension of Islam. The practitioner of this tradition is appreciated by majority of Pakistanis as it projects values and concerns of man who badly needs the help of others during present state of affairs in Pakistan. Secondly, S?f?sm openly asserts, “Do not give me scissor! Give me the needle! I sew together! I do not cut apart! Presently own masses badly need cohesive messages as the nation stands divided on religious and socio-political matters. Thus it believes in the constructive thought of the healing process rather than the destructive one. Thirdly, S?f?s are not only accommodative to the opposing thoughts and beliefs but they also maintain high esteem for other communities. This ideology of “live and let live” merits greater promotion. Fourthly, they find God in the heart of man and winning hearts and minds of the people would offer benefits out of proportion. The American and allied troops endeavoured to do the same in Afghanistan but failed in their mission. Had they adhered to the S?f? school, perhaps they may have succeeded. Fifth, the S?f?s teach the message of tolerance and respect for other religions, faiths and sects and hence would help in countering the growing threat of extremism. Seventh, S?f? poetry is impressive with an appeal to all segments of the society. They use local metaphors which are understandable by the common people. They live within the community they belong and solve the problems faced by common masses, regardless of their ethnic origin, creed and religion but appeal to the senses and soul like no other medium, transcending all barriers of caste and creed. Caution must be exercised to pitch S?f?sm against any other competing faith as S?f?sm does not believe in divisive messages; they prefer unity and cohesion among human beings. Pakistani culture has the potential to promote the Islamic values taking the roots of S?f?sm. They are generous and kind in treating other communities regardless of their faith, caste and creed. S?f?sm projects values of justice as historical evidence proves that S?f? Saints in the past had been pleading forgiveness for the guilty and justice for the innocent from rulers of the time. S?f?s also offer guidance to the rulers on Islamic values and good governance to rules of the time. Their cultural revival in Pakistan would be not only useful but serve as a panacea to its ills.