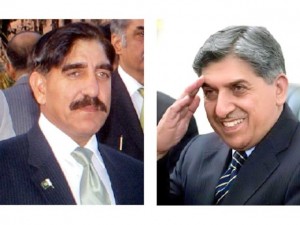 Second week of December 2012, has brought an embracement to Indian National Investigation Agency (NIA) and its traitors when  U.S. government has informed a New York court that the Inter Services Intelligence (ISI) and its former chiefs “enjoy immunity” in the case filed by relatives of Mumbai attacks victims. Indian government has overtly provided the funds for the trial.  Though, apparently aim of heirs of US and Israeli victim was to claim compensation but the real objective behind this case was to malign Pakistan and embroil supreme Intelligence agency (ISI) and declare it a terrorist organization. Anyhow the decision of immunity was totally unacceptable to India but at the same time one of the local, out spoken and freelancer service provider journalist of the largest segment of media has waved a storey basing on self crafted assumptions and concocted linkages. The writer of the story has tried to link the ISI immunity with the Raymond Davice release.

He also tried to implicate Hafiz saeed, Zaki ur Rehman Lakhvi and other affiliates who were alleged as the perpetrators and master mind of the gory incident. Thus, we can say that the frustration of India is understandable who wanted to Involve ISI and Malign Pakistan. But the fairytale prepared against ISI by one of the writer of renowned media segment is totally illogical and irrational. His linking of Immunity case with other deals only is a pointer towards serving somebody’s agenda.  Being Pakistani one must hail the decision of the US government  that has supported the claim of Govt of Pakistan rather then being sarcastic and making concocted story.

According to the actual back ground of the case, in November 2010, a civil law suit was filed by the six legal heirs of Mumbai terrorist attacks in the district court in New York. The cases filed were against ISI, its two Directors Generals and few others for monetary damages worth millions of dollars for the wrongful death, injuries, and survival claims. The plaintiffs argued that the Mumbai attacks were knowingly planned and supervised by the ISI and its two Director Generals; Law firm Kreindler and Kreindler (Lockerbie fame) is representing plaintiffs/legal heirs. In this regard government of Pakistan, after extensive deliberations at PM level  decided to strongly defend the case against ISI and its two commanders, A law firm M/s Locke lord and Bissel(LL&B)  was hired to represent the case for ISI, MOFA was nominated as lead Ministry. Mr. Ahmer Bilal Soofi was hired as local attorney.

However, In July 2011 defence counsel submitted motion and declaration papers in support for the dismissal of the motion on grounds of Sovereign Immunity, Political Question and Jurisdiction based on the proposition that ISI and its two Director Generals are not subject to the jurisdiction of the court of another state on account of foreign sovereign immunity act as per International Laws. There on the instructions of government of Pakistan, ambassador in DC has written twice to legal advisor of the US State Department for assistance in dismissal of case by issuing statement of interest/ suggestion of Immunity. Since then, no worthwhile development has taken place and the case remained pending fore decision by the court. Now word about David Headly Issue, in Oct 2009, FBI arrested David Coleman Headly from Chicago on the allegations of his involvement in 26/11. In March 2010, Headly entered into a plea bargain and confessed carrying out the reconnaissance of various targets in India.

In June 2010, India’s National Investigation Agency (NIA) visited USA to cross examined the Headly.  As per latest U.S. print media reports Headly will be sentenced on 17 Jan 2013 For his involvement in the attacks.   Meanwhile, in Nov 2012, India has again requested the US extradition of the Headly which although is against the Article 6 of Indo-US Extradition treaty. (Which states that defendant shall not be extradited to India for any offence that he has been convicted for under the plea bargain agreement. Anyhow, on December 17 Indian desire of implicating ISI went into air when court gave immunity to Lt General Ahmed Shuja Pasha and Lt. General Nadeem Taj.   The journalist also tried to twist the meeting between Admiral Mike Mullen and General Ashfaq Kayani that was held in Oman on 22nd February 20ll. According to his report, the meeting was meant to overcome the diplomatic crisis threatening the Pak-US ties in the wake of the arrest of Raymond Davis, an undercover CIA agent. The report also referred to the summons issued by the US court in November 2010 to Lt. General Ahmed Shuja Pasha and Lt. General Nadeem Taj for their alleged involvement in the Mumbai attacks, asking them to appear before it. “The Pakistani side made it clear that any understanding to improve the ties, including the release of Davis, would include the withdrawal of the summons against the ISI chief.

Subsequent to the clandestine deal, Raymond Davis was set free on March 16, 2011 by a Pakistani court after the families of the two killed men were paid $2.4 million as blood money”. He conveniently forgot that Pakistan government had engaged lawyers from US firm Locke Lord Bissell and Liddell to represent the Inter-Services Intelligence (ISI) in a lawsuit filed in New York last November by families of victims of the 26/11 attacks in Mumbai.

The lawsuit had alleged that the ISI and its current and former directors-general, Lt. General (r)Ahmed Shuja Pasha and Lt. General (retd) Nadeem Taj, supported the 26/11 plotters. Locke Lord Bissell and Liddell’s lobbying arm – Locke Lord Strategies – represented the Pakistani government in Washington. Earlier, a spokesperson also confirmed that the Pakistani embassy in the US had said that the “Government of Pakistan directed the embassy to assist ISI in its legal defence. It is worth mentioning that the day Raymond Davis was released, there was a drone attack. And later the day then ISI Chief Ahmed Shuja Pasha had meeting with the then CIA Director Leon Panetta, a drone attack killed six people in South Waziristan. Had there been a deal in release of Raymond Davis, America would not have launched a drone attack the same day, as a matter of courtesy at least.

Concluding, I would like to reveal that some of journalists of print and electronic media by design seem to implement agenda of rival countries in Pakistan. They never spare the chance of criticizing country’s security forces and intelligence agencies. They close their eyes on RAW, CIA and Mossad activities in Balochistan and KPK. The recent attacks on Peshawar Air Port and targeting poor workers of “Polio Campaign” in Karachi and KPK very clearly reveals that RAW supported foreign and local elements are behind this militancy. In short, Pakistan government should frame some policy and laws to control that vibrant media segment which deliberately or intestinally promote foreign agenda.