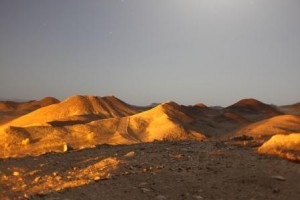 By Zaheerul HassanThe International Centre for Settlement of Investment Disputed (ICSID) has allowed Balochistan government and nuclear scientist Dr Samar Mubarakmand to do mining in Smelting Project in Reko Diq area.The Advocate General of Balochistan, Amanullah Kinrani, told reporters outside the Supreme Court building on 14 December that the ICSID tribunal, which had reserved its ruling on Nov 6, released a 45-page unanimous decision allowing the provincial government to carry out the mining activity.

The tribunal was seized with a dispute between Pakistan and Tethyan Copper Company-Austria (TCC) after the latter’s application was rejected by the mining authority of Balochistan on the grounds that the company had submitted feasibility reports of only six kilometers area comprising two deposits, whereas it wanted to acquire 99 kilometers which contained 14 deposits.

Established under the auspices of the World Bank, the ICSID comprising Dr Klaus Sachs, Dr Stanimir Alexandrov and Lord Hoffman had, however, asked the provincial government to keep it abreast of all activities on a regular basis to be carried out in Reko Diq by Dr. Samar and his team, said Kinrani who came to attend the Supreme Court hearing of the mining licence case which could not be taken up because the bench was not complete.

The TCC had invoked the jurisdiction of the International Chambers of Commerce (ICC) and the ICSID against the prospective Reko Diq minerals licence. Reportedly, Barrick Gold Corporation of Canada (a Jew’s company) and Antofagasta of Chile have a joint-ownership of the copper-gold deposit at Reko Diq.  Reportedly, the most credible natural deposit might have been sold to the Zionist controlled regimes by the TCC at a price of $21 billion.  Advocate Ahmed Bilal Soofi, who represented the federal and Balochistan governments before the ICSID, confirmed to the media he had received the order issued by the tribunal. He said TCC in its application had requested the Balochistan government to stop work in an area spread over 99 square kilometers, including H-4 where Dr Mubarakmand was working.

The government in its reply before ICSID had said they were working on H-4 area which was 12km away from H-14 and H-15 for which TCC had submitted feasibility reports.   Dr Mubarakmand had also appeared before the tribunal in London to explain technical details about his project. He said early development of H-4 deposits was in the interest of the people of Balochistan and Pakistan. Legal arguments on behalf of Pakistan were advanced by Ahmer Bilal Soofi, Arthur Marriott QC, Ms Mahnaz Malik, John Kingston and Ms Cherie Blair. Earlier, on 3 December 2012, The Chief Justice of Pakistan (CJP) Iftikhar Muhammad Chaudhry hearing the case on Reko Diq exploration has also said that local laws are also applicable on foreign investors too.  He also very rightly pointed out that it was mandatory to adhere to local laws in trade agreements, adding that every country had made it mandatory for foreigners to strictly follow their laws.

“We welcome every foreign company in Pakistan but its agreements must be subject to our laws and not to its own dictations. We are a sovereign country and welcome such investments,” the chief justice said.  Reko Diq is a small town in Chagai District, Baluchistan located 70 kilometers northwest of Naukundi, near to the Iran-Afghan border. The town has the world´s largest Gold and Copper reserves containing 12.3 million tons of copper and 20.9 million ounces of gold in inferred and indicated resources.

Rough estimates suggest that the gold and copper at the surface accounts for $65 billion worth of deposits which is believed to be four times larger in copper ore tonnage than Saindak project and even bigger than Sarcheshmeh in Iran and Escondida in Chile. The under discussion deposits are being explored by Tethyan Copper Company Pty Ltd (75%) and the (BDA) Balochistan Development Authority (25%). Tethyan Copper Company is held jointly (50:50) by Barrick Gold Corporation and Antofagasta Minerals.

The company has prepared the feasibility but Balochistan government went to the Supreme Court and raised objections over the distribution of share of potential income of the deposit. Its pre-feasibility study was completed in third quarter 2009 and work on full scale is expected to be commenced after completion of Supreme Court litigation. However, the TCC went against Balochistan govt to ICSID for allowing them mining in the project area but was rejected.

In fact, the development of the deposit defiantly will bring prosperity in the most neglected province of Pakistan i.e. “Balochistan” where 88 per cent of its population lives in subhuman conditions. But at the same all this economic boost is directly conditioned to the Baluchistan’s security.  Present situation still is not very conducive in the Balochistan because of involvement of foreign hands. U.S., Afghanistan and India are exploiting the situation while providing shelters to the rebellions of Balochistan. The greatest sin of our rulers has been that they have never tried to improve the economic and political conditions in Balochistan. It is important to remove the mistrust between the Baloch and the Federation. The negotiation on actual demands for Baloch rights should begin and equally important is the identification of Indian designs of creating unrest in Balochistan. The massive growth of development in Balochistan has become sore in the eyes of U.S. and Indian strategists. India is fanning unrest on while: widening the gulf between Punjabis and Balochs on the Gwadar Port by making it believe that the developmental projects are aimed at turning the Balochs into a minority, widely publicizing incidents of Human rights violation in Balochistan by highlighting the so-called miseries of Balochs, like disappearances, political victimization and displacement due to clean-up operations.

RAW is also generating suspicions in ethnic Balochs that Islamabad wants to possess the riches of Balochistan. CIA is cultivating in the minds of the Baloch nationalists that China intends to occupy their natural resources.  Above all, CIA’s activities in Balochistan have become now quite intolerable which also put a big question mark over U.S. growing interest in this region. In fact, Creation of “Greater Balochistan” is the top most agenda of U.S., India and Israel collaboration. Their obvious objectives are: (1) weakening Pakistan, Iran and Afghanistan, (2) establishing strong hold in Central Asian Region even after culmination of war on terror, (3) denting Chinese economic interests in African and Middle East while creating impediment in full scale operation of Gwadar Port, development of Reko Deq project and the last is looking after Indian and Israeli interests in the region.

In this regards, the American establishment has started supporting pro Independent Balochistan Movement, and anti Pakistan elements in Balochistan. In this connection, CIA supported elements are using America, UK, India and Afghanistan as their platforms for organizing, planning and operational bases for execution of the plan of Independent Balochistan. Moreover, some militarily supported political lobbies of America and Uk are facilitating anti Pakistan elements (so called liberators) to carryout nefarious activities against Pakistan.

On April 28, 2011 former US Ambassador Cameron Munter, visited first time Balochistan and attended a Pashtun tribal Jirga in Quetta. He went there on the invitation of convener of Pakhtun Ulas Qaumi Jirga Nawab Ayaz Jogezai. The Jirga brought together 16 Pashtun tribal elders from Balochistan who discussed issues of mutual interest, including economic development in the province and matters pertaining to security.

It is worth mentioning here that Pakistan Army is displaying tremendous efforts in the development of Balochistan. Number of projects like; educational institutions, building of hospitals, construction of communication infrastructures, employing locals in the armed forces and development of Gawadar Port have been completed or under progress. At the same time The “Aghaz-e-Haqooq-e-Balochistan” package has already been announced by federal government but needs to be implemented in letter and spirit to address the deprivations of Baloch people.

In short, the ICSID decision will assist in augmenting of Balochistan resources which will defiantly alleviate the lives of poor masses of the province. Anyhow, Balochistan and federal governments should immediately take on the project and speed up the suspended work in Smelting Project of Reko Diq area. I would also like to appreciate and  congratulate the team of Advocate Ahmed Bilal Soofi that really has done a great service to Pakistan. It is suggested that government of Pakistan should announce highest civil award to Ahmed Bila Soofi and his team on doing a commendable job for the country. Morever, his services should also be hired for guarding national interest on water issues in ICA.

The writer can be approach through zameer36@gmail.com