No Covert Deal with the US 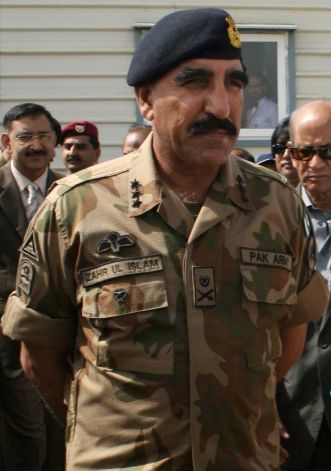 Since the DG of the Inter-Services Intelligence (ISI) Lt. Gen. Zaheerul Islam returned Pakistan, both foreign and our media analysts have been misguiding the general masses regarding the outcome of his trip to the US.

Initially, false reports had already started by some of US so-called think tanks and media just after the meeting of DG ISI with CIA Director David Petraeus. In this regard, without knowing facts, and showing contradictions, a report of the Combating Terrorism Centre of the US Military Academy in West Point allegedly pointed out, “Dreaded Haqqani Network receives financial and logistic support from the Pakistani military.” At the same time, the report said that the “relationship between the Haqqani network and the Pakistani spy agency ISI is not that smooth and very often there is friction between the two.”

In its paradoxical report, the Wall Street Journal pointed out on August 4, “signifying some progress towards building mutual trust between US and Pakistan, the two spy chiefs agreed on joint counter terrorism campaigns and operations in Afghanistan and Pakistan to contain militancy…the campaigns would target the sanctuaries of Haqqani militant group in North Waziristan which has mounted several attacks on US soldiers as well as Taliban fighters who have launched attacks on Pakistan.”

The Journal further elaborated, “Pakistanis have named the planned offensive in North Waziristan as Operation, Tight Screw…however; no breakthrough was reported between the two countries’ talks on stopping the drone attacks in Pakistan.”

Besides, quoting unnamed American officials, some American renowned newspapers revealed that US and Pakistani spy chiefs exchanged grievances in their first official meeting, but it was unclear, if the two uneasy allies made any progress about the Haqqani militants or on US drone strikes on Pakistan.

However, without knowing reality about the talks of DG ISI Lt. Gen. Zaheerul Islam with his CIA counterpart, Pakistan’s domestic media anchors and political experts totally ignored the conflicting reports of the US think tanks and media. They deduced their ill-conceived points about the outcome of the meeting. While speaking in the tone of these foreign elements, it is due to wrong speculations of our country’s politicians and media anchors that rumours have commenced spreading among the public that Pakistan Army is going to start a joint military operation in North Waziristan-based Haqqani network.

These internal elements also misperceived that DG ISI failed in convincing CIA Director David Petraeus to end drone bombings including handing over drone technology to Pakistan, and sharing target intelligence with Pakistan. Some analysts went on to stress that the spymasters of both the intelligence agencies concluded a secret deal, and the ISI Chief accepted all the demands of his counterpart, while the idea of strategic depth in Afghanistan has also been abandoned by Pakistan under US pressure. Nevertheless, in view of the misleading speculations there is a need to correct misperceptions on DG ISI’s visit to Washington in order to counter disinformation, and project facts.

During the negotiations with his American counterpart, DG ISI discussed new framework for intelligence sharing and counterterrorism cooperation between the two countries. But he flatly refused Pak-US joint counter terrorism operations in North Waziristan and Afghanistan. In this context, on August 7, a military spokesman rejected the report of the Wall Street Journal and other media speculations regarding joint operation (Tight Screw) in North Waziristan.

While remaining strict on the issue of predators’ strikes on Pakistan’s soil, DG ISI Lt. Gen. Zaheerul Islam clearly told the CIA Director to evolve some framework to end these attacks on Pak tribal area. He emphatically pointed out that these strikes by the unmanned aircraft are proving counterproductive, giving a greater incentive to the fundamentalist and extremist elements in Pakistan. And will bring more subversive acts in Pakistan, ultimately damaging US interests in the region at this hour when US needs Islamabad’s help for stability in Afghanistan, while NATO troops are going to start withdrawal of their troops from that war-torn country in 2013.

Besides, talking note about public backlash inside the country, ISI Chief said that strikes by the American spy planes are a violation of country’s sovereignty and are increasing anti-US sentiment among the people.

DG ISI suggested to CIA Director David Petraeus that Pakistan needs this precision strike capability to avoid collateral damage and its political fallout. The best way is that the US locates the target and informs us, and we would ourselves destroy it.

As regards the Haqqani network, DG ISI denied the blame game of America, while saying to CIA Chief that Haqqani network was an Afghan entity and Pakistan had nothing to do with it.

Reliable sources suggest that during his negotiations with CIA Director David Petraeus, ISI Chief Lt-Gen. Zaheerul Islam also took up the issue of repeated cross-border incursions of militants in Pakistan from the Afghanistan side, asking him to adopt some mechanism to stop this cross-border insurgency in his country. He also asked him as to why ISAF/NATO troops did not take any action against the safe-havens of militants in Afghanistan’s Kunar and Nooristan provinces, while Pakistan provided accurate information in this regard.

It is mentionable that when Islamabad reopened the NATO supply into Afghanistan on July 4, 2012, some of country’s political and religious parties including media analysts were propagating that these transport routes were opened after a secret deal with America. They forgot that Pakistan’s civil and military leadership remained stern on its demand for seven months and these supply lines were resumed after US apology regarding the US-led strike which killed 26 soldiers on Slala checks posts, last year. But Foreign Minister Hina Rabbani Khar repeatedly stated that Pakistan had not engaged in any ‘secret deal’ with the US for reopening the key supply routes. She openly pointed out that Pakistan will continue talks with the US over drone attacks.

Earlier, Sherry Rehman stated that Pakistan and the US are set to resume broader talks on other issues in the wake of an agreement to reopen NATO supply lines. She added, “I certainly think, it opened the door to many other issues…both sides can use this opportunity to build a path to durable ties.”

Meanwhile, quite opposite to the misjudgment of the internal entities, Pakistan and the US signed a new agreement; the Memorandum of Understanding (MoU) on July 31 about NATO supplies through Pakistan. The new agreement is part of an overall review Pakistan has sought in its ties with the US.

Nevertheless, the misperceptions and disinformation of the foreign and domestic media about the outcome of the DG ISI’s visit to the US can be assessed from the statement of the US State Department. Its official recently revealed that both the chiefs of spy agencies held “substantive, professional and productive talks, a new sign of easing tensions between the two countries and to work together to counter the terrorist presence in the region that threatens both US and Pakistani national security.”

Notably, to a query, Pakistani Foreign Ministry spokesman stated on August 10, the visit of the DG ISI to US remained productive, adding, “There are certain proposals under consideration”, and we are working on them.

If despite the positive meeting of DG ISI with CIA Director David Petraeus, predator’s strikes on FATA continued, these could create a greater obstacle in settling other issues between both the countries, even taking the Pak-US relations to the point of no return.

Regrettably, by spreading disinformation about the secret deal of ISI Chief Lt-Gen. Zaheerul Islam with his CIA counterpart, Pakistan’s political and religious parties are misguiding the general masses through ‘stereotypes’ to increase their vote bank in the coming elections, while, some of our media commentators are also doing the same. By abandoning their irrational approach, these internal entities must know that cordial Pak-US relations will remove misunderstanding, yielding positive results for Pakistan.