Pakistan in the Era of Building Drones

Pakistan is on the cusp of joining an elite group of countries capable of manufacturing unmanned aircraft capable of killing as well as spying, a senior defence official has claims.

Publicly, Islamabad, which officially objects to lethal drone strikes carried out by the CIA along its border with Afghanistan, says it is only developing remote-controlled aircraft for surveillance purposes.

But last week, during a major arms fair held in Karachi, military officials briefed some of Pakistan’s closest allies about efforts by the army to develop its own combat unmanned aerial vehicle (UAV). 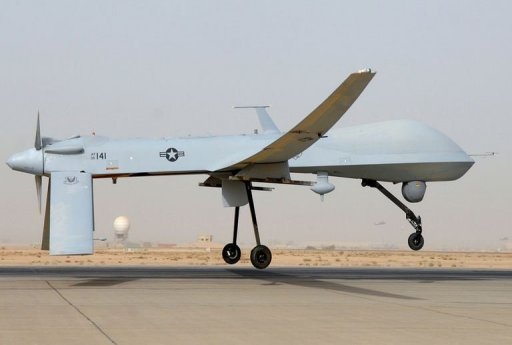 The official said Pakistan wanted to demonstrate to friendly countries, principally Turkey and the Gulf, that it can be self-sufficient in a technology that is revolutionising warfare and which is currently dominated by a handful of countries that do not readily share the capability.

“It does not have the efficiency and performance as good as Predator,” he said, referring to the US combat drone widely used to attack militant targets. “But it does exist.”

He gave no details about the capabilities of the aircraft, or even its name.

Huw Williams, an expert on unmanned systems at Jane’s Defence Weekly, expressed doubts that Pakistan could have succeeded in progressing very far from the “pretty basic” small reconnaissance drones, which the country publicly exhibited at the weapons show, including the Shahpar and Uqab aircraft developed by the state-owned consortium Global Industrial and Defence Solutions.

“The smaller systems are not greatly beyond that of a model aircraft,” he said. “But the larger, long-endurance drones are a step up in technology across the board.”

Only the US and Israel are currently believed to have drones that can fire missiles. China and Turkey are also working on large-scale combat drones.

Both countries exhibited models of drones at the sprawling Karachi conference centre, which included Pakistani companies marketing everything from guns that shoot around corners to inflatable tanks intended to fox surveillance aircraft.

The big claims about Pakistan’s developing drone capacity highlights the enormous interest in the technology from armies around the world.

“Everyone has been asking us whether our drones can carry weapons,” said Raja Sabri Khan, chief executive of Integrated Dynamics, a company that showed off a wide range of small and mid-size reconnaissance drones. “But that’s a business for the big boys only.”

Khan has been deliberately refocusing his company’s efforts on smaller drones, many of which are launched by hand, which are mostly intended for civilian use.

A Pakistani army colonel attending the exhibition, after recently finishing a tour fighting against militants in the country’s border region, said such small drones were a vital tool.

“We have these small drones, but not enough of them and we do not always get them when we have operations,” said the colonel, who did not wish to be named. “They are excellent for observing the Taliban, their movements and deployments.”

It was the seventh arms fair hosted by Pakistan intended to show off the country’s defence industry.

Organisers conceded that this year had not been a major commercial success but were pleased with the turnout after the last event in 2010 had to be cancelled.

Several exhibitors said Pakistani companies – many of which are directly owned by the country’s military – offered a cheaper alternative to developing countries looking to buy everything from tanks to computer simulators used to train pilots.