For Pakistanis living on the front lines, there is no denying the horror that extremists create. Last year, I toured the Swat Valley with a barrel-chested police chief  who recounted all the cops he lost when the Taliban overran his city.  Militants bombed his police barracks and beheaded one of his beloved  officers on film. I’ll never forget the stony look on his face as he  described how the perpetrators handed out videos of the killing. 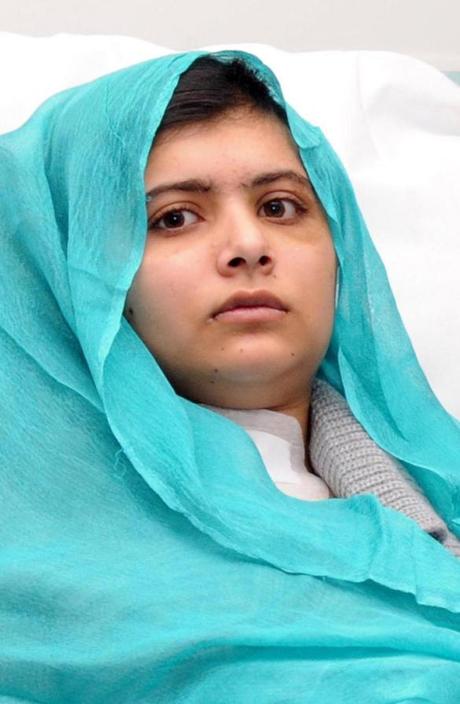 The Pakistani military retook the valley in 2009 in one of the  largest air operations in the country’s history. Since then, ordinary  citizens with Kalashnikovs have kept watch to prevent a Taliban return.  These unpaid neighborhood watch committees are proof that most  Pakistanis reject the Taliban way of life. Pakistan is, after all, a  country of scientists, female politicians, movie fans, and musicians. So why, then, hasn’t Pakistan made more progress in its fight against extremism? One big reason is its chronic habit of denying that such  homegrown extremism exists. After the attacks of Sept. 11, 2001, Major General Hamid Gul,  former-intelligence-chief-turned-talking-head, took to Pakistan’s  airwaves peddling the conspiracy theory that Osama bin Laden was   innocent and that the attack was an Israeli coup against the government  of the United States. As a result, only 4 percent of Pakistanis believe Al Qaeda was  responsible for 9/11, while 19 percent believe the United States  attacked itself. Last year, after bin Laden was killed in Abbottabad, a Pakistani  military town, excuse-mongers tried to explain away that embarrassment  as well. An Urdu-language newspaper reported that Americans killed bin  Laden somewhere else, but manufactured the story of the raid to justify  its ongoing war. Other pundits insisted bin Laden wasn’t really dead. Recently, the denial industry in Pakistan has been working overtime  to explain away the assassination attempt against Malala Yousafzai, a  14-year-old girl who was shot in the head on a school bus in Swat Valley after becoming an outspoken advocate of girls’ education. Although a Taliban spokesman took credit for the shooting — and even  vowed to finish off the job after she survived the attack — the  excuse-mongers don’t take the Taliban at their word. Nor do they admit  the Taliban had strayed far from Islam, and far from the Pashtun honor  code. Instead, they come up with bizarre explanations that invariably  lay blame at someone else’s feet. “CIA footprints are all over the script and narrative of this entire  incident,” wrote Haider Mehdi, a columnist with the Nation newspaper. This bombastic assertion bothered me so much that I wrote to Mehdi to ask for the evidence. He wrote back, “Proof: These are the same Taliban who were called freedom fighters to fight against the Soviet Union and  invited by Ronald Reagan to the White House.” In reality, the main suspect in the shooting of Malala is Atta Ullah  Khan, a 23-year-old chemistry student who was a newborn baby the year  Reagan left office. But Mehdi continued on, undaunted by facts: “The  capitalistic culture and system is a curse for humanity, but it is in  the driver’s seat of global affairs,” he told me. “Malala is one of the  instruments of this devious doctrine and its functional and operational  tentacles.” Huh? A 14-year-old girl is an “operational tentacle” of American  imperialism? But Mehdi was quick to assure me that he knows what he is  talking about. “I have been a professor at a major prestigious foreign university  outside of Pakistan, and I earned a doctorate from Columbia University,” he wrote. Therein lies the real crux of the problem. The denial industry in  Pakistan is being perpetrated by the very people who ought to know  better. Too many of Pakistan’s elite — the same people who studied at  Western universities, who invariably send their own daughters to good  schools — can’t find it in themselves to speak up for girls like Malala.
Imran Khan, the cricketeer-turned-politician, studied at Oxford. But  instead of speaking up unequivocally about girls’ education, he has  directed most of his outrage against US drone attacks. In a way, I don’t blame the professional deniers; the fight against  extremism is an existential one — and a dangerous one. It can’t be won  by drones. It must be won by Pakistanis like Malala, who have the  courage to speak the truth.
Tweet
‹ Previous Next ›