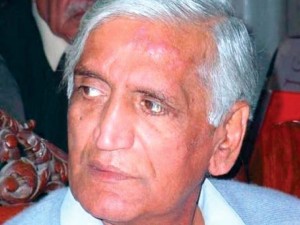 On December 21, 2012 at least six people have been killed and 18 sustained injuries in a blast in Peshawar. According to the  reports, the suicidal blast took place near a political gathering of ANP in Qissa Khawani Bazaar area of Peshawar.  Senior Provincial Minister and renowned political leader of ANP, M. Bashir Ahmed Bilour  embraced shahadat. Station Police officer Sattar and personal sectary of Bislour were also martyred in the attack. TTP spokesman Ihsanullah Ihsan accepted the responsibility of the attack while speaking with Saleem Safi (Senior Journalist). In this blast 20 people injured.

Earlier, in this weak terrorist attacked innocent polio workers in Peshawar, Charsada and Karachi. Moreover, on 15 December, terrorists attacked PAF Air Base and Air Port In this attack four civilian have been killed and 10 terrorists have been gun downed  During Muharam last Muharram mourning procession on Misrihall road in Rawalpindi, The police sources had told him that the blast took place in the mourning procession near Dhok Saeydan.

President, Prime Minister Raja Pervez Ashraf and PML(N) Chief Nawaz Shrief condemned the suicidal attack on ANP leader and expressed grief and sorrow over the loss of precious lives in the unfortunate incident. The Prime Minister directed the concerned authorities to immediately start relief operation and provide best medical treatment to the injured. He directed the concerned authorities to investigate the incident and submit a report in this regard.

The blasts wave in Pakistan reveals that foreign sponsored Taliban and other anti-state elements have been activated with a view to spread violence in the country.

In short, attacking Peshawar, targeting Polio teams, air base and Malala Yousafzai could be the part of TTP current move against Pakistan. Anyhow, security forces are determined to fight back the foreign sponsored terrorism.

According to ISPR, price paid in fight against terrorism by Army / FC since 2001 till to date, Shaheed – 3109 and Wounded – 9681. The terrorism in FATA, Balochistan and KPK will likely to continue due to U.S. forces presence in the region. It is advocated here that the nation should stand up with security forces with a view to defeat terrorists and condemn those elements which are providing them shelters.

Anyhow, there is a need to show solidarity against TTP and foreign sponsored elements those are determent to impose their agenda by force. All political leaders should come out and condemn the anti-Pakistan elements. Pakistani religious leaders should also give statements against TTP since they are foreign being sponsored and playing the foreign hands for giving live losses to the peaceful and innocent citizens.

The writer can be approach via zameer36@gmail.com