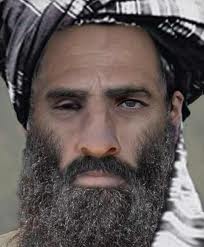 KABUL, Afghanistan — The Taliban’s reclusive leader said Thursday that his fighters have infiltrated the Afghan police and army and were successfully killing a rising number of U.S.-led coalition forces.

Mullah Mohammad Omar, the one-eyed chief of the Afghan insurgency, emailed his eight-page message to news organizations ahead of the Eid al-Fitr holiday marking the end of the Muslim holy month of Ramadan.

Omar said Afghan security forces were assisting Taliban fighters who infiltrate their ranks, kill foreign troops and then carry their government-issued weapons back to insurgent camps.

“They are able to (safely) enter bases, offices and intelligence centers of the enemy,” he said. “Then, they easily carry out decisive and coordinated attacks, inflicting heavy losses on the enemy.”

Attacks where Afghan soldiers or policemen, or militants wearing Afghan uniforms kill their foreign partners is on the rise, but the coalition claims only 10 percent of the attacks can be linked to infiltrators.

So far this year, 34 foreign troops have been killed in 27 attacks, according to The Associated Press. Last year, 20 international soldiers were killed in 11 such attacks.

White House spokesman Jay Carney said on Thursday that such attacks were deeply concerning. He said the U.S.-led coalition was continually assessing and refining procedures to ensure the safety of NATO troops.

“It is important to remember first of all that our relationship with our Afghan partners is strong and that every day our forces fight alongside Afghan forces,” Carney said, adding that international forces partner with about 350,000 Afghan forces on 90 percent of operations.
The Taliban leader urged Afghan government workers to also switch sides and join the Taliban.

The Taliban have set up a new department named “Call and Guidance, Luring and Integration,” to help those who leave the government and join the insurgency, he said. It’s a response to the Afghan government’s reintegration program to lure Taliban foot soldiers off the battlefield, help them set up a new life back in their communities and provide development assistance to their villages.

The Taliban leader also called on his fighters to protect the life and property of the Afghan people.

The U.N. says more than three-fourths of the 1,145 civilian deaths in the first six months of this year were blamed on insurgents.

“I urge you emphatically to be careful about the civilian losses and take this on yourselves as an explicit responsibility,” Omar told his followers.
On other topics, he said the gradual plan under way to transfer security responsibility to Afghan forces by the end of 2014 is a “deceiving drama” that the international community has orchestrated to hide its defeat.

That is in contrast to coalition claims that Afghan security forces are increasingly able to lead operations and already have started to assume responsibility for security in areas of the country that are home to 75 percent of the Afghan population.

The Taliban leader’s message came on the same day that a U.S. military helicopter crashed during a firefight with insurgents in a remote area of southern Afghanistan, killing seven Americans and four Afghans in one of the deadliest air disasters of a war now into its second decade.

The Taliban claimed they gunned down the Black Hawk. Omar did not refer to Thursday’s crash in his message.