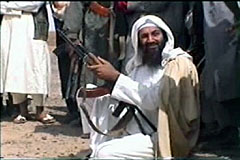 The leaked Abbottabad Commission Report is the ongoing hot topic. It has reopened the wounds that had begun to heal. A little over two years ago the US Navy SEALs mounted in four Blackhawk stealth helicopters had secretly intruded into Pakistan airspace on late night of May 1/2, 2011. After killing Osama bin Laden (OBL) in his compound in Abbottabad the raiders took away his body and later dumped it in the sea. When the people got up in the morning, to their horror they learnt that the most wanted man was residing in Abbottabad for the last six years and that the US raiding team after accomplishing its mission had got away unnoticed and uncontested.

It was the blackest day for Pakistan and everyone felt deeply hurt that Pakistan’s so-called ally had stabbed Pakistan in the back by grossly violating Pakistan’s sovereignty. People were equally angry with our security forces for failing to strike down the raiding helicopters. The startling news was highly agonizing for those in Pakistan who idolized OBL. To rub salt in the wounded pride of the shocked nation, President Zardari and PM Gilani instead of condemning the unilateral US act and terming it as an act of war, eulogized it. It was puzzling as to how Zardari managed to get his article in praise of the US action published in Washington Post on 2 May.

Our media too got fixated on failure of military and intelligence agencies and underplayed the aggressive act of the US. It promoted the US theme that the military establishment was either complicit or incompetent. Paid writers suggested that OBL was actively involved in guiding al-Qaeda terrorist activities. Role of a foreign NGO ‘Save the Children’ patronized by CIA and its utilization of Dr Shakil Afridi to carryout fake polio vaccination program to ascertain presence of OBL in Abbottabad and existence of CIA network came to light.

The way OBL was hastily buried under mysterious circumstances gave rise to speculations that it was a false flag operation to undermine Pak Army, Air Force and ISI and to defame Pakistan. To assuage the anger of the public, PM Gilani held a joint session of the Parliament on May 12 in which DG ISI Lt Gen Pasha was asked to explain about the security lapse. Army chief Gen Kayani attended the rowdy session, in which the opposition wanted to roll the heads of Army, Air Force and ISI chiefs.

Setting up four-member Commission headed by retired Justice Javed Iqbal in July 2011 was another step to mollify the temper of the people. The Commission was mandated to determine why OBL’s presence couldn’t be discovered, why the US raid couldn’t be detected and to apportion blame. It took the Commission two years to complete the investigations. Presumably, the draft prepared by one of the members Jahangir Ashraf Qazi in October 2012 was objected to by another member Lt Gen Nadeem Ahmad for being too vindictive. Final draft was watered down and submitted to former PM Raja Ashraf on January 2, 2013 which including the dissenting note of Qazi. Instead of sharing it with the public, a Parliamentary Committee was formed. Al-Jazeera TV leaked the draft of Qazi and not the final version approved by Chairman Justice Iqbal.

It may be recalled that Pakistan’s sovereignty was violated by the US on 2 May at a time when Pakistan’s sovereignty had already been compromised because of total subservience to the US dictates. Gen Musharraf had initially opened the doors for CIA, FBI and US officials to scan Pakistan at will. On September 26, 2001, Altaf Hussain had sought ISI’s disbandment and in return offered the services of MQM to do the bidding of Britain. Zardari led team in which MQM was again the coalition partner went two steps ahead in granting the US liberty to micro manage Pakistan’s internal and external policies.

Rahman Malik and Hussain Haqqani were instrumental in facilitating entry of Blackwater and establishment of countrywide CIA network in Pakistan to compromise the overall security apparatus. CIA worked in unison with TTP and other terrorist groups to achieve its ends. When the ISI started to re-assert its authority from 2008 onwards, an effort was made to put ISI under Ministry of Interior and cut it to size.

The police was politicized and mostly employed on VIP duties, and complicit with terrorist groups and mafias. Civil agencies had taken up a backseat and had shifted the whole burden of internal and external security on ISI and MI. Dysfunctional government and ineffective state organs forced ISI and MI to take on onerous job of counterterrorism outside its realm of responsibilities. There was no coordination and cooperation between military and civil agencies.

By forcing the Army to launch major operations in Swat, Shangla, Buner, Dir, Bajaur and South Waziristan in 2009, 147000 troops got tied down in the northwest. To keep Washington placated, security forces were pushed to keep complying with its orders. Kerry Lugar Bill with harmful clauses for Pakistan’s security was gladly accepted, which paved the way for entry of hundreds of US paid NGOs filled with CIA spies in the garb of aid coordinators and security contractors. It led to Raymond Davis incident in January 2011.

The US was unhappy with Gen Kayani for refusing to undertake a major operation in North Waziristan and was exerting all sorts of pressures. Raid in Abbottabad, acceleration in drone attacks and stoppage of CSF were link of the same chain.

Lava of Balochistan under apathetic, corrupt and inefficient government had reached a boiling point. While police mostly linked with criminals was ineffective, the FC and ISI were purposely lambasted on account of missing persons and mutilated bodies of Baloch nationalists.

When the ISI started to dismantle the CIA network after 2 May incident, attack on Mehran naval base on May 22, 2011 destroying three PC-3 Orion aircraft followed by Salala incident on November 26, 2011 took place. When the air force took defensive measures to guard against violation of airspace from the western front by placing mobile radars and positioning its Swedish AWACs, CIA planned Kamra airbase terrorist attack in 2012 to destroy three non-offensive AWACs parked in foreign built hangers. Such attacks may occur again since Pakistan doesn’t have the wherewithal to tackle US technology and satellite communication.

While efforts should be made to analyze the recommendations made by the Abbottabad Commission and correct the mistakes so that suchlike debacles may not occur again, a lobby in Pakistan in concert with foreign agencies is engaged in targeting the Army, Air Force and ISI. It wants rolling of heads and not rectification. This anti-military establishment lobby is unhappy with the submitted report in which the Commission has mentioned ‘collective failure’ and has not blamed individuals and institutions. It infers that the Chairman, Lt Gen Nadeem and Abbas Khan didn’t perform their duty honestly and conjectures that military establishment might have exerted its authority to influence the Commission to tone down the report.

The initial draft prepared by Qazi was intentionally leaked since it was highly critical of armed forces and ISI and is being played up by vested interests. This suspicion gets further reinforced with the appearance of another scandalizing story framed by notorious Umar Cheema. He has made a calculated effort to smear the reputation of Justice Iqbal and Lt Gen Nadeem by suggesting that the two collaborated to defeat Qazi’s report. He also casts aspersion on another member Abbas Khan saying that he feigned illness and prolonged his stay in USA to avoid signing the report or putting his dissenting note.

Cheema obliquely hints that Nadeem is GHQ and ISI man mandated to cover up their failings. His suggestion that Nadeem was successfully cultivated by ‘Save the Children’ NGO and he passed over progress of investigation of the Commission on regular basis to the Director David Wright and Deputy Director M. Hassan Noor Saadi of this NGO is callous. He claims that all four reports were also handed over. Purpose behind this character assassination is to discredit Khakis by disgracing Lt Gen Nadeem and to spoil civil-military relations.

Personally knowing Nadeem, he can be safely counted among few noble and upright Generals. None can doubt his honesty and integrity. Segment of media is entirely focused on maligning the image of military and in spoiling civil-military relations. This unholy practice of demeaning the Khakis on false pretext must end. PEMRA rather than backtracking from its initial version it gave to the Media Commission should gather courage and call a spade a spade and take steps to weed out the black sheep in media houses. The media should build rather than tarnish the image of armed forces and that too on trumped up charges.

The writer is a retired Brig and a defence analyst. asifharoonraja@gmail.com