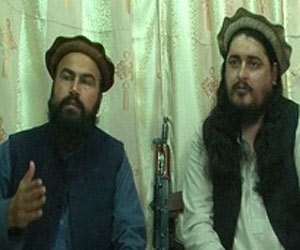 Banned outfit TTP Chief Hakimullah Mehsud said they were ready to come to the table with the government but not to be disarmed. He said this in a video of 40 minutes duration released on Thursday where he himself, his deputy Wali-ur-Rehman and on one occasion TTP spokesman Ehsanullah Ehsan could be seen. TTP has launched many suicidal attacks against innocent Pakistani civilians and against Security Forces. Reportedly, TTP is being funded by foreign intelligence agencies to foment terrorism in Pakistan. PTI and JI hesitation in condemning their anti Pakistan activities is encouraging them to keep on launching attacks against Pakistani security forces. Any how government should make TPP clear , first to stop their activities against the sate and civilian, if they are serious in negotiations.