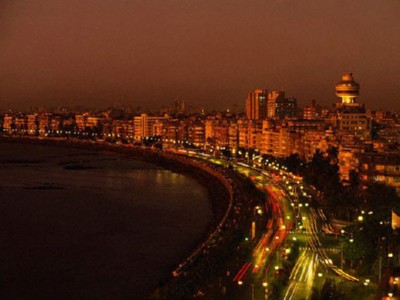 “I am going to address a crowd of brainless dummies”, the Indian Union Minister Mr. Shashi Throor might have been thinking when he was getting his video-message recorded for the Young Indo-Pak Entrepreneurs Conference to be held at Jinnah Auditorium Islamabad on 29th October this year. The audience included 22 Indian delegates and officials of the Indian High Commission, including envoy TCA Raghavan. The rest of them were delegates from Pakistan, Pakistani officials, international media-men, and foreign diplomats. Mr. Throor began his video-address by emphasizing the importance and need to strengthen bilateral trade but later took a harder line and started suggesting to the Pakistani government what it must do for the improvement of its relations with India. He shifted all blame onto the shoulders of Pakistan by saying, “Incidents like the Mumbai attacks and the recent violations on Line of Control show a gap between Pakistan’s official statements and military actions. Pakistan’s civilian government is not entirely in control of the security apparatus.” He further said, “Pakistan is unfortunately pursuing the flawed policy of selectively targeting some terrorists and extremists and ignoring or actively supporting others”. Throor’s unjust and prejudiced criticism on Pakistan made the atmosphere severely tense and the Pakistani audience started protesting his comments, so   the organizers had to cut off the video. Later on Mr. Tharoor reacted on Twitter saying, “Pity they didn’t hear the whole speech. It balanced calls for more trade and less terror!” The way Mr. Tharoor behaved or I would say presented his national approach is highly shameful and condemnable. His video address seems a part of the same baseless propaganda movement which has been in vogue since long against vital institutions of Pakistan including Pak Army, Intelligence Agencies and other Law Enforcing Agencies and even the democratically elected government of Pakistan. More unfortunate is the fact that the Pakistani promoters of so-called Indo-Pak friendly relationship remained deaf and dumb over these shamefully insulting remarks of Shashi Throor.

Deep rooted hostility of India against Pakistan and Pakistan’s sincere desire and efforts for improving its relations with all its neighbours including India; both the realities are beyond any doubt. Pakistan leaves no stone unturned whenever it finds any possibility of bettering the situation through dialogue and table-talks. Be it the conflict with India or confrontation with the so-called militants, the use of force always remains the last option for Pakistan though being a nuclear power Pakistan has all means, skill and courage to counter and crush the hostile forces of all types.  Unluckily, sometimes this peace-loving approach of Pakistan is erroneously taken as weakness by its ‘hostile friends’.

As far as relationship with India is concerned, it is something very much clear that most of the people in Pakistan have a very strong desire for peaceful and cordial relations with India and same are the feelings of the government of Pakistan but unfortunately this desire for peace and harmony never receives affirmatively positive response from the other side. This desire of peace and harmony is sometimes paid back in form of the Mumbai Blast episode and sometimes in shape of attack on the Samjhota Express. Pakistan has been facing a never-ending blame game since long with patience and endurance simply because it wants to support and promote an air of peace and harmony in the region and generate an atmosphere of mutual trust and confidence among the regional countries. The permission granted to Mr. Throor to deliver his video-speech in Islamabad, the Capital city of Pakistan, is the best example of Pakistan’s efforts in this regard but Mr. Throor simply misused and exploited the opportunity provided to him. The government of India must take him to task for such a childish behavior.

It is a very commonly prevalent feeling that Pakistan is standing all alone on the world map. And all other countries, including most of the Muslim countries, are using all their means and resources to crush and destabilize Pakistan; and this type of situation is not a new one; for almost more than a decade Pakistan has been sailing in the same troubled waters but in spite of all these intimidating forces, Pakistan is still there on the world map. It proves that Pakistan has all capabilities of countering all conspiracies designed against it. Framing Pakistan in the murder of Hakimullah Mehsood or blaming Pakistan for its involvement in the Mumbai blasts could never be fruitful. Pakistan is a truth and it is next to impossible to crush, squash or mash the Truth.