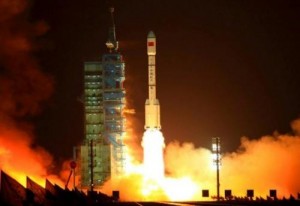 China has launched commercial and public services across the Asia-Pacific region on its domestic satellite navigation network built to rival the US global positioning system.

The Beidou, or compass, system started providing services to civilians in the region on Thursday and is expected to provide global coverage by 2020, state media reported. Ran Chengqi, spokesman for the China Satellite Navigation Office said the system’s performance was “comparable” to GPS, the China Daily said. “Signals from Beidou can be received in countries such as Australia,” he said. It is the latest accomplishment in space technology for China, which aims to build a space station by the end of the decade and eventually send a manned mission to the moon. China sees the multi-billion-dollar programme as a symbol of its rising global stature, growing technical expertise, and the Communist Party’s success in turning around the fortunes of the once poverty-stricken nation. The Beidou system comprises 16 navigation satellites and four experimental satellites, the paper said. Ran added that the system would ultimately provide global navigation, positioning and timing services. The start of commercial services comes a year after Beidou began a limited positioning service for China and adjacent areas.

This NASA file image shows the Great Wall of China and Inner Mongolia, photographed by Expedition 10 Commander Leroy Chiao on the ISS, on April 22, 2009. China has launched commercial and public services across the Asia-Pacific region on its own domestic satellite navigation network, built to rival the US global positioning system.China began building the network in 2000 to avoid relying on GPS. “Having a satellite navigation system is of great strategic significance,” the Global Times newspaper, which has links to the Communist Party, said in an editorial. “China has a large market, where the Beidou system can benefit both the military and civilians,” the paper said. “With increases in profit, the Beidou system will be able to eventually develop into a global navigation satellite system which can compete with GPS.” In a separate report, the paper said satellite navigation was seen as one of China’s “strategic emerging industries”.