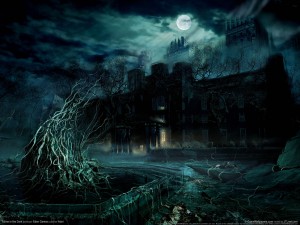 Tuesday marked yet another day of violence in Pakistan’s north-west. After the audacious attack on the PAF base in Peshawar on Saturday and the shoot-out in a nearby village with some of the fugitive attackers the following day, the deadly car bombing in Jamrud on Monday, and yesterday’s grenade attack on an army recruiting centre in Nowshera district, the area has suffered from an outburst of organised terrorism. And yet the public remains clueless about what is going on in this troubled area in and around Peshawar, one of Pakistan’s largest and most populated cities. Security imperatives obviously demand some level of secrecy about any plans to tackle the problem. But what is perfectly within the rights of Pakistani citizens, and especially the residents of the affected areas, to expect is some indication about the nature of the various threats and what the authorities intend to do about them.

One particularly opaque question that has emerged as a result of the airbase attack is that of the presence of Russian and Central Asian fighters alongside Pakistani militants. While foreigners are known to have collaborated with factions of the Pakistani Taliban in the tribal areas, this is a rare instance — aside from the Mehran airbase incident and the Bannu jailbreak — of their involvement in an attack in the settled areas. The implication is clear: Pakistani security forces have been unable to convince Fata’s most powerful tribal leaders, either through deals or the threat or use of force, to stop harbouring foreign fighters. In fact, collaboration has only grown more audacious. Maulvi Nazir may have taken a stand against them in South Waziristan, but they have simply sought refuge elsewhere, particularly in North Waziristan, with other Pakistani groups. With both Afghanistan and their own countries no longer safe for them, Pakistan clearly continues to be their safe haven of choice. How many such fighters there are, and who is offering them shelter and using their services, is information that Pakistani authorities have never shared with the public.

The last few days have created yet another moment that demonstrates Pakistan’s militancy problem is far from over. That the airbase attack took place despite available intelligence, and that the Jamrud and Nowshera attacks were able to take place despite the heightened security that should subsequently have been put in place, are worrying facts. But given the official reaction thus far, this will likely turn into another moment that both civilian and military authorities will fail to capture to inform the public about the extent of the danger, or to turn public opinion against those responsible.(Courtesy:Daily Dawn)