Priyanka Chopra on a roll at Marrakech Film Festival 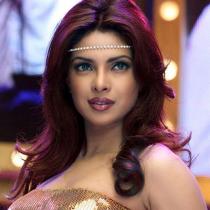 It’s been a super year for Priyanka Chopra. After the success of Barfi!, in which where she played the character of an autistic person, she kept the momentum going with the international release of her single ‘In my city’. And now, she is gearing up to spend two special days at the International
Film Festival of Marrakech in Morocco.

We’re informed that three Bollywood films featuring the actor will be screened at the festival, which is celebrating the centenary of Indian cinema. A source close to the actor says, “Priyanka will reach the festival late at night on December 6. On day one, Barfi! will be screened. She will be the only one from the film’s team who will be present there.” The source adds, “On day two, two of her other films — Don and Don 2 will be screened. Though Shah Rukh Khan (her co-star in the Don series) will be present at the festival during this time, Priyanka is the only one so far who has confirmed her attendance at the screening.

The movie screenings on both days will be followed by a grand dinner party, which will also be attended by Priyanka. “She is very excited about this as she’s being given such wonderful treatment there.”

Of late, Priyanka has been busy shooting for her next, the Zanjeer remake, with co-star Ram Charan Teja. However, the actor has taken time off from her schedule for the film festival. The source says, “Many big names from Bollywood will be attending the festival. So she decided to go for at least two days.”

After her return, Priyanka will start attending the preparatory workshops for Sanjay Leela Bhansali’s biopic on the Olympic medal-winning Indian boxer, Mary Kom.