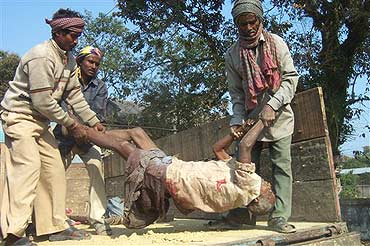 The renowned media personality Hamid Mir’s write-up (The News, Nov 2012) has called on the state of Pakistan to apologize to Bangladesh for the alleged atrocities committed by Pakistani Armed Forces and other paramilitary forces on Bengalis in 1971. Astonishingly, by advocating that Pakistan should apologize to Bangladesh, the author looked in complete oblivion of the barbaric atrocities also carried out by Indian sponsored Mukti Bahinis and mercenaries who marauded not only the Pakistani armed forces personnel on whom they could lay their hands on but also the great numbers of people belonging to the western wing. Having analyzed related write-ups in the press and listening to regular tirades against the security establishment and a particular political party, the popularity seeker anchorpersons are bent upon humiliating the state of Pakistan and its security establishment to a point where the state can be castigated as a failed state. Also, Mr. Mir’s much trumpeted reminders of his alleged abduction by a security agency and beating the hell out of him, he normally surpasses civilized limits by casually degrading and satirically pointing fingers on states’ sensitive issues and security establishment on a particular channel. His over emphasized overtures on the state’s sensitive issues and military forces sometimes gives an impression that he is either pursuing some foreign agenda or doing it for some kind of revenge. Using the power of microphone and routinely inviting like minded guests he also manages to make his invitees look as if they are a party to his conspiratorial theories as well in trying to create differences in the society and pitching states’ institutions against each other.

The recent apology to Bangladesh issue, an annual ritual now, started with Pakistan’s Foreign Minister Hina Rabbani Khar’s visit to Bangladesh wherein she personally delivered an invitation to Hasina Wajid to attend D-8 Conference in Islamabad on 22nd November. No sooner Hina arrived in Bangladesh she had addressed Bangladesh as a brotherly Islamic country and she was happy to be in Bangladesh. What she got instead was a terse demand that Pakistan should first apologize to Bangladesh for its alleged atrocities in 1971 war before Bangladesh could consider taking its relationship with Pakistan forward. The Bangladeshi Prime Minister also declared that she would not visit Pakistan just after two days after receiving the personal invitation. Despite repeated expressions of grief over 1971 tragedy, the Bangladesh’s demand for an apology is unfounded for Pakistanis belonging the Western Wing also suffered the same fate as did their brothers and sisters in the Eastern Wing at the hands if Mufti Baines and Indian administered mercenaries’ squads of death .

It is over forty years now but our zealous pseudo intellectuals, all-round commentators and experts do not appear inclined to go through the history that brought turn-around in the eastern wing of the then Pakistan and its eventual break-up from the state of Pakistan. They will do well if they go through Indian writer Sharmila Bose’s book titled ‘Dead Reckoning : Memoirs of the 1971 Bangladesh War.” Other books written on East Pakistan saga include ‘The Lightening Campaign’ by Major General D K Platt and ‘The Libration War’ by A K Subrananium and Mr. Ayub are also a testimony to the facts that makes Bangladesh’s demand for an apology irrelevant. Today, what the Bengalis call a genocide, in fact was an organized mass scale massacre of Pakistanis by Indian sponsored Mukti Bahinis and hired teams of Indian trained mercenaries. History is testimony to the fact that Sheikh Mujib’s Awami League had entered into an agreement with India back in 1940 seeking latter’s help to secede Bengali dominated Eastern Wing from West Pakistan. The Prime Minister of India Mrs. Indra Gandhi while addressing the Lok Sabha on 27th March of the fateful year of 1971 had addressed Indian Parliament and minced no words in declaring that India will not hesitate in taking timely action in East Pakistan when required. Same day, A K Subramaniam, the then head of India’s Institute of Strategic Studies told a seminar in Delhi that India could not find a better opportunity to dismember Pakistan. Since that time on India connived with Sheikh Mujib and Russia and ran an international campaign to justify its attack on the eastern wing of Pakistan, now called Bangladesh.

The fact that Hasina Wajid refused the invitation was against he goodwill that would have accrued had she agreed to visit Pakistan and attended the D-8 Conference in Islamabad. Both the sides need to reconcile with the history as the large scale killings that took in that fateful era was a tumult that shaped the events like a violently churning whirlpool. Bangladesh would do a lot of good not only to its future generations but the South Asia as well if it reconcile with an incident that took away lives of both the peoples and make up for lost opportunities for giving our new generations to grow and prosper. By sticking to a 40-year demand that has no relavence now with the dictates of a peaceful, regional and bilateral development environment, it is aiding divides in the future generations of both the countries. This is certainly against the vision of Shiekh Mujibur Rahman who wanted to see Bangladesh as a friendly, progressive and responsible country in the comity of nations.