Time to quell militancy in Pakistan 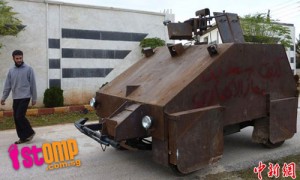 HAMID MIR, a prominent journalist and TV anchor of widely seen ‘Capital Talk’ show, sustained an assassination attempt last month when police defused a bomb planted under his car in Islamabad. The device in a metal box (half a kilo of explosives fitted with detonator) was found stuck under the front passenger seat of Hamid Mir’s car.

The Tehrik-i-Taliban Pakistan (TTP) spokesman Ehsanullah Ehsan has accepted the responsibility for the assassination attempt, saying that Hamid Mir was following a secular agenda and was helping those who were working against the principles of Islam. Mir is known for his previous contacts with the top leadership of Taliban, Al Qaeda and Sipah-e-Sahaba. However, in recent years, Hamid Mir has started criticizing the hard face of TTP in his talk shows as well as in the columns he writes for the Jang newspaper.

Most recently, Hamid Mir was bitterly criticized by the Taliban leadership on his views on the gruesome attempt on the live of a Swati school girl Malala Yousufzai by the extremist element in October 2012. Taliban bombers shot Malala on her school bus in Swat Valley because she had campaigned for girls’ rights to go to school. The 15-year-old girl survived and became beacon of light for others. According to the Intelligence agencies based on intercept reports, a group of suicide bombers are planning to target journalists and media persons in retaliation. It is pertinent to mention that suicide attacks are one of the most effective tactics of the banned TTP to retaliate, sending a direct message to Pakistan’s leadership and citizens. The life attempt on Hamid Mir has warned the government that Talibanization process is still active in Swat and Malakand areas by the splinter groups of TTP.

Pakistan faces a long-term challenge from Talibanization, which is, in fact, a gift from Afghanistan that spread from FATA along the Afghan border deeper into the Khyber PakhtunKhwa and mainland with Swat becoming a major stronghold for Pakistani Taliban. Militancy is bolstered by religious, social, and political networks in Pakistan by the spread of Deobandism and conservative nationalist politics. Religious divide and intolerance have increased so much in our society that each religious group is adamant on the righteousness of one’s own religion while interpreting others’ religious views as shrouded in ignorance fraught with the wrath of Allah.

Taliban militants wanted to enforce their own brand of laws in the region and started challenging the writ of the Government by attacking government buildings, courts and security forces in Bunner, Dir and Shangla. The orthodox right-wing political groups support Taliban style of thinking. The Jamaat-i-Islami and the JUI and their cohorts sharing similar theological philosophy, engage in a fanatical allegiance with Taliban-style of thinking. To them, anti-American sentiments are probably due to: a) American arrogance to Islamic vaues, b) using foul language against the Prophet of Islam, c) American presence in polluting the Pakistani society with her cultural values towards freedom of sex, d) drawing of caricatures, e) US annexation of Afghanistan is aimed to diminish Islam and Islamic values under the so called war on terror, f) continuous launching of the drones against tribal people where countless innocent civilians have been killed. The Taliban and hard-line political groups in Pakistan are also against those who support American policies. They want the Pakistan government to change its policies and adopt a friendly attitude towards the Taliban.

The leaning of Islamic parties towards the Taliban has emboldened them to attack on national strategic installations as well as resorting to intimidate those who publicly criticize their doctrine. As in the case of Lal Masjid-2007 episode, the two maulana brother Abdul Rashid Ghazi and Abdul Aziz, tried to impose an extremist view in the name of propagation of virtue and preventing vice from the society by kidnapping Chinese women they thought to be prostitutes, denying women to drive a car, forcing women to wear veil and forcing the owners of CDs shops to shut their businesses. These acts were not only un-Islamic but also against the spirit of Islam, which teaches humility and tolerance. It was simply a blatant attempt at Talibanization which would push the people back into the dark ages in the name of Islam. This scenario necessitates to quell militancy from Pakistan.

In order to accomplish the objective, Pakistan Armed Forces carried out successful operations in Swat, Malakand, South Waziristan, Mohmand and Bajaur Agencies against terrorists and militants, with full support of the nation articulated by the parliament of Pakistan. The Swat de-radicalization Programme was a model for other relevant organizations to learn from and replicate. Equally worth mentioning is the efforts of our intelligence agencies that have led to apprehensions of hundreds of al-Qaeda operatives and targeting of their leadership. Pakistani counterterrorism intelligence efforts at national level have become quite effective in the recent years, but politicians having vested interests are reluctant to muster public support for the war. Owing to brave resistance by Pakistan’s armed forces coupled with effective internal counter-insurgency strategy, the TTP umbrella organization has splintered into smaller factions that often rival one another.

In the same milieu, Pakistan has banned 38 organizations that fomented terrorism and sectarianism in the society. The loopholes in funding for the TTP organization have been appropriately plugged, possibly resulting in less spectacular attacks. Still, the TTP has shown great resilience. It continues to operate in North and South Waziristan as well as Dir, Chitral, and adjacent safe havens in Afghanistan. Presently, a number of factors hinder the province’s fight against terrorism, including a justice system ill-equipped to handle terrorism cases, poor prison security, support to militants from a powerful Deobandi religious network, public antipathy toward military operations, and the absence of a clear-cut anti-jihadist strategy.The attack on journalists by a Taliban group has given an opportunity for how the de-radicalization process is to be further embarked upon. Needless to say, there is no military solution to terrorism since military strategy can only provide enabling environment.

The menace has to be tackled which warrants a comprehensive response entailing synergy by all elements of national power. Some of the essential features to counter it are: i) Pakistan must keep the Western powers at bay and never allow them any role in this de-radicalization process. Both the government and the people should be determined to go without it. Raymond Davis’s role in Pakistan is a point in case, ii) “Political will” is a must to defeat terrorism.

All political parties must have unflinching commitment to stamp out extremism in national interest of Pakistan. The Islamic parties should convince the Taliban to moderate their behaviour and work within the framework of Pakistan’s constitution and law. This will be their major positive contribution towards promoting societal harmony and stability in Pakistan, iii) Pakistan Army derives its strength from the people of Pakistan and is answerable to the people and their representatives in the Parliament, therefore, public support/awareness is a must.

Public should be made aware of sacrifices they have to offer in men and material during the course of security forces’ operations. The Nation must be prepared to endure the fall out of a counter insurgency campaign, iv) Armed Forces must be provided with every essential weapon/equipment to meet growing threat, v) Intelligence agencies should proactively identify suicide sleeper cadres/cells before initiate any untoward incident of terrorism.More importantly, long term pathway to address radicalization process is linked to the process of character-building. One does not require any law to offer five times prayers, behave honestly, speak truthfully, treat others fairly and be morally upright. A particular society through its socializing agents like parents, teachers etc, inculcates these worthy attributes in the individuals.

The environmental influences nurture these values and encourage conducive environment for personality progression and growth. ‘Social education’ is instrumental in ‘Character building’ which means a bundle of virtues, the highest sense of honour and integrity, and that you will not sell your principles for anything in the world, however tempting it may be. These are the characteristics which go to make a healthy community. When a crisis arises, if you live up to these virtues, no one on the surface of the earth can defeat you. Coming generations must be developed, and renewal must occur naturally, from within and by democratic means against extremist religious bigoted forces to secure the future of Pakistan.