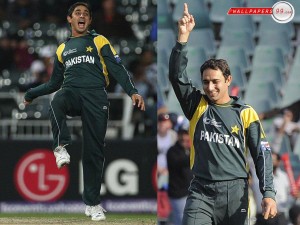 Pakistan will not boycott the ICC annual awards ceremony in Colombo , but will raise the issue of Saeed Ajmal’s omission from the shortlist of candidates for the awards at the next chief executive’s meeting of the apex body. It is mentionable here that  Saeed got 76 Wickets whereas ICC nominated bowler has able to get 56 Wickets. Pakistani nation is condemning the ICC biased   attitude towards  world number one  bowler ”  Saeed Ajmal”.

The PCB said today that only a few members of the Pakistan team will attend the ceremony as a token but no senior board official will be present.   “We are not boycotting the ceremony but we will want to register our protest and feelings over Ajmal’s omission,” a spokesman of the board said.   He said the decision was taken at a meeting of senior board officials who had no doubt that the ICC had done great injustice to Ajmal.   “The PCB believes that the omission of Ajmal’s name is injustice to the talent and achievements of the said player.

The PCB feels that the ICC’s process of the short-listing needs to be reviewed and there should be mechanism to correct errors,” the spokesman added.   “The matter will be raised in the upcoming CEC meeting of the ICC and a review of the process would to be sought to avoid any such incidents in future. Corrective measures would be suggested,” he said.   Pakistan had threatened to boycott the ICC ceremony after Ajmal’s omission from the shortlist.