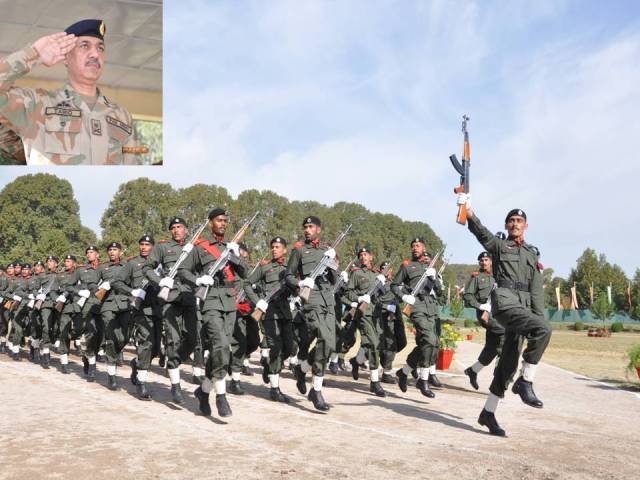 Sheikh Mujibur Rahman had nurtured the dream of independent Bengal from early days. He and his henchmen got in touch with Indian intelligence agencies and during one of the meetings in Agartala in November 1963, finalized the plan to detach East Pakistan from rest of Pakistan. Under the garb of remedying political and economic grievances of East Pakistan, he formulated six points formula and fanned Bengali nationalism. Unearthing of Agartala conspiracy case in 1968 turned the secessionist into a hero in the eyes of Bengalis. Indian media was instrumental in lionizing Mujib.

Breakup of One-Unit Scheme, one-man-one-vote and change of separate electorate to joint electorate by Gen Yahya Khan so as to appease the agitating Bengalis gave the Awami League (AL) electoral victory in a platter. Year-long election campaign allowed Mujib to use high-handed tactics to not only intimidate the people of East Pakistan but also inflame Bengali nationalism. Indian media and secular Bengali intellectuals presented West Pakistan as a villain and publicized Mujib’s six point program as a panacea for all the problems of East Pakistan, which in actuality amounted to secession. All criminal and illegal acts of AL thugs were ignored under the policy of appeasement.

After sweeping the elections through massive rigging, Mujib and his henchmen became more arrogant and uncompromising. They stubbornly maintained that new constitution will be framed strictly in accordance with six points and refused to accommodate viewpoint of second largest party PPP. The situation became uncontrollable in Dacca on 1 March after Yahya unwisely postponed inaugural session scheduled in Dacca on 3 March on the insistence of Bhutto and hawkish Generals. It sparked horrible conflagration and let loose genie of Bengali nationalism.

On the afternoon of 3 March, Mujib demanded immediate return of troops to barracks and to hand over security of Dacca to him, or else his men would resist them. He also demanded cessation of flow of reinforcement from West Pakistan and disarming of non-Bengalis. Eastern Command Commander Lt Gen Sahibzada Yaqub capitulated to his wrongful demands, which was a blunder. Gen Gul Hassan said that to allow Mujib to restore calm was ‘somewhat like leaving a virgin in the care of a habitual rapist’.

A state within state was created and Bengalis took orders from Mujib only. Everywhere the chanting of ‘Joi Bangla’ could be heard. New Bangladesh flag was hoisted. Mujib’s hostile tantrums amounted to virtual independence. In order to provoke Gen Yahya to use force and thus give an excuse to start a popular civil war aided by India, a planned massacre of non-Bengalis including Biharis and pro-government Bengalis and rape of West Pakistani girls was unleashed. Their properties were torched and valuables looted. The madness continued till 25 March filling the roads and streets of Dacca and other major towns with blood. Stench of the dead bodies littered on the roads unattended became unbearable and it became difficult to breathe. Over 100,000 people, mostly Biharis were hacked to death. Stories of ‘torture to death’ are too horrifying and blood curdling to narrate and have been narrated in hundreds of books.

Non-Bengali and loyal elements butchery continued with unabated venom. None came to the rescue of the hounded. They were baffled and found themselves at the mercy of hounding wolves. They had no weapons to fend for themselves and no place to hide and as such got slaughtered like sheep. Even our media was blanked on the ill-conceived ground that broadcasting of atrocities would evoke a severe backlash against Bengalis in West Pakistan. The biased western media team located in Dacca turned a blind eye to the carnage of non-Bengalis. It also turned a blind eye to India’s meddling and induction of 90,000 Indian soldiers in West Bengal in March 1971.

Sizeable number of men in Khaki and their families particularly those serving in East Pakistan Rifles (EPR) and East Pakistan Civil Armed Forces were hacked to death. By such acts, the Army was being deliberately provoked to lose patience and to take punitive action. This would have given Mujib and his henchmen a weapon to whip up anti-Army emotions thereby dubbing the Army as an occupation Army. It would have paved the way for civil war thereby fulfilling the requirement of India.

Yahya’s regime was subjected to extreme criticism for its procrastinating attitude and its passivity to confront Bengali defiance against the state. All those who mattered in West Pakistan and pro-Pakistan Bengalis exerted extreme pressure on President Yahya to take punitive action against the dissidents. Even Bhutto prodded him to use full force regardless of casualties before it was too late.

During the ten-day negotiations in Dacca in March 1971, Yahya team trying to find a way out of impasse remained totally defensive and apologetic and had no card to play. They kept giving in and got nothing in return. No political leader including Bhutto could soften up Mujib. The Mujib led team on the other hand maintained a highly belligerent and uncompromising posture. It was amply clear that AL simply didn’t want a constitutional agreement conducive to the retention of national identity. His mentors had briefed him not to agree on any point or concession offered at any cost.

Matiur Rahman in his book ‘Bangladesh Today’ writes, ‘It was indeed most mind boggling to note that while Yahya Khan and his team persistently offered power to Mujib, the latter constantly hedged, refused to agree to any settlement, shifted his position from six points and refused to accept any formula within the framework of a united Pakistan’.

It was on the evening of 24 March 1971 when Yahya got convinced that Mujib didn’t want anything short of confederation that he gave green signal to Gen Tikka Khan to save the federation. Orders to unit commanders were passed verbally on the morning of 25th March. The toughest challenge was in Dacca where the outcome of crackdown would have decided the fate of East Pakistan. The city and its suburbs housed heaviest concentration of armed rebels followed by Chittagong. As per foreign press reports, there were 200,000 weapons with the militants in East Pakistan.

Despite extremely heavy odds, the troops numbering 12000 went into action and by early morning of 26th, Dacca was cleared of miscreants and in next few days all other critical towns were also taken over since the rebels had fled. Reinforcement from West Pakistan were rushed in only when it was found that EBR, EPR and Police had also rebelled and rebellion had got transformed into a well-planned civil war supported by India.

When the prejudiced foreign journalists were ousted from Dacca by Gen Tikka, the jilted journalists got settled in Calcutta and played into the hands of Indian media. Indo-western-AL media cooked up fabricated stories of all kinds of atrocities and quoted highly bloated figures of those killed in Army action on 25th March and subsequently. All this was done to smoke-screen the large-scale atrocities committed by AL urchins and anti-social elements. The next round of killings and rapes was undertaken by Mukti Bahini after 23 November 1971, later joined by Indian forces. Raping of Bengali girls and women at a mass scale was undertaken by Indian Army and BSF soldiers in the refugee camps in India during their confinement period of over nine months.

It is ironic that today the AL led government at the behest of India is demanding apology from Pakistan for the so-called war crimes, and is convicting aged Jamaat-e-Islami members through Kangaroo courts, who had played their honorable part to save their motherland, but is completely ignoring the barbarities of its own members against Biharis and West Pakistanis and their collaboration with hostile India.

The writer is a retired Brig, a defence analyst and a columnist. Email:asifharoonraja@gmail.com