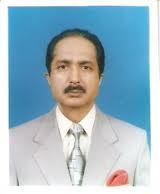 The US track record during and after the Cold War is that it has always attacked economically and militarily poor countries. Excepting Israel and India, the aid it lends to its allies is always attached with tough conditions and for self-serving purposes. Besides bloody wars, destabilization of elected governments or regime change through gruesome covert operations is another favorite hobby of American leaders. Pakistan has suffered the most at the hands of US and its ally India.

Pakistan has emerged as the sole Muslim country with nuclear capability backed by robust armed forces with reasonably strong defence industrial and technical base and plenty of skilled labor force. Israel has remained worried that Pakistan may not gift Islamic bombs to radical Muslim countries in its neighborhood. India is more vexed since nuclear parity has blunted its blackmailing tactics and imperialist designs. The US is concerned about Sino-Pakistan conviviality since the future role assigned to India cannot be accomplished without breaking up Pakistan or making it a compliant State of India. It is vying to wean away Central Asian Republics brimming with natural resources from Sino-Russo influence and for piping out oil and gas for western markets through Port Gawadar. Indo-US-Israeli nexus has been striving hard since 1980s to denuclearize Pakistan and make it a Satellite State of India. Their efforts were stepped up after 2001 and they nearly succeeded in declaring Pakistan a failing and ungovernable State when the PPP regime was in power.

Consequent to change of government in Pakistan in May 2013 and changing alignments in Middle East, Riyadh, Bahrain and other Gulf States have begun to lean more heavily upon Pakistan. Its high officials undertook series of visits to Pakistan in January-February this year and inked several MoUs. Pak-Turk cooperation has also keyed up. South Korea has offered to make investments in Pakistan. Notwithstanding positive developments, what is worrying for Pakistan is not so friendly behavior of Afghanistan and Iran and growing strategic partnership of Iran and Afghanistan with India. Fast track development of Chahbahar Port in Iran by India is aimed at undermining Gawadar Port.

India under extremist Narendra Modi, known for his anti-Muslim/Pakistan stance and Afghanistan under pro-India Dr Abdullah may not auger well for Pakistan. Latest revelation made by Carlotta Gall that Pakistan and not Afghanistan was the real target lends strength to my repeated write ups asserting that the US is a foe and not a friend. There are worrying reports that India-Israel-Afghanistan-Iran backed by CIA have chalked out a sinister plan to launch a full-scale propaganda assault against Pakistan. Engineered attack on Hamid Mir and calculated assault of media on ISI could be a link of the same chain.

Besides nuclear Pakistan, China which has emerged as the chief rival of USA with all the trappings of future super power is the major source of concern for the policy makers in Washington. The US leans upon India to help it in encircling and containing phenomenal rise of China. The US in league with India is trying hard to win over as many littoral States around the Indian Ocean to check China’s ingress into the Indian Ocean laced with critical choke points and Sea Lanes of Communication (SLOC). It is building coalitions with regional allies like Australia, Japan and the Philippines, and partners like Vietnam and India to bring Indian Ocean under full control to ensure uninterrupted flow of oil. Washington is currently promoting an ‘Indo-Pacific’ concept, which connects the Indian and Pacific Oceans as part of its approach towards Indian Ocean. Haunted by the threat to its corporate capitalism because of China’s economic model which has lifted 300 million Chinese out of poverty; American writers are accusing China of endangering global stability.

Although China’s strategic focus continues to be on the Pacific, China’s priority will always be on protecting its energy security interests by way of securing the SLOC, spreading from the Gulf to the South China Sea. China is keen to develop Gawadar seaport so that its navy could checkmate Indo-US dominance of Indian Ocean and protect the SLOC, vital for the country’s energy imports. China has made deep inroads in the Middle East and Africa which include many Littoral States. Revival of old Silk Route through envisaged economic corridor from Kashgar to Gawadar and Karachi has the potential to make the region prosperous and self reliant. It will however upset Indo-US game-plan of developing an alternative Silk Route in which the duo would be major beneficiaries.

In 1992 the US emerged as the unchallenged sole super power. In 2001 when George W. Bush triggered the Global War on Terror and the whole world fell in line, the US was economically, politically, diplomatically and militarily the strongest nation in the world. It was the largest aid-giver and leader of the First World. It had $ 15 trillion economy, and was looked at with awe and envy for being the “sole superpower.” In little over two decades, uni-polarism has begun to totter and it is speculated that all-powerful USA is fast running out of steam and sooner than later uni-polarity will be replaced by multi-polarity. Many say that the era of the US global hegemony is over. While Putin is looked at with respect for his boldness and deft handling of critical situations, American elite judge Obama as a weak president responsible for the loss of global clout which the US enjoyed.

Today the US is burdened with a national debt of $ 16.3 trillion and a total debt close to $ 59 trillion with very little chance of recovery in the foreseeable future despite the discovery of Shale gas. Apart from the debt which it has accumulated because of its craze for foreign adventures, the US leadership has also amassed tons of hate against America around the world, raging particularly in the Muslim world. This is in spite of the US doling out aid/grants to the needy countries generously and making substantive contributions in terms of science and technology. Still, the US is presently one of the most hated nations on earth.

Among the major reasons of USA’s decline are its dual standards and discriminatory policy with regard to Palestinian/Kashmir issues and its subservience to Israel, aggressive policies of pre-emption and unilateralism, anti-Islam/Muslim policy, its grandiose plans to redraw the boundaries of the Middle East and to take control of oil resources, lust for untapped mineral resources of Central Asia, over indulgence in highly expensive war on terror and in covert wars to neo-colonize the Muslim world. All its high-flying objectives have gone for a six after it got stuck in the quagmire of Afghanistan. Last but not least, the 2008 global recession has badly impacted the US and European economies. Rag-tag Afghan Mujahideen having humbled the Soviet Empire have now rolled the honor and prestige of the sole super/hyper power in dust. The US is blaming Pakistan for its defeat.

The US sudden and rapid decline has made its self-created financial institutions like IMF and World Bank weary and defiant. They are not favoring the US suggestion to create alternative financial institutions by BRICS. While majority of Latin American States have moved out of the influence of North America, even Europe led by Germany and France is showing signs of non-cooperation. Putin is cleverly playing upon the sensitivities of European countries to draw a wedge between Europe and USA. China has reduced American influence in Africa to insignificance and is raring to become an economic super power by 2025. Saudi Arabia and other Gulf States no more crave for US friendship. New power centres have emerged and new alignments are shaping up. The invincible NATO is breaking up after its humiliation in Iraq and particularly in Afghanistan. Despite using excessive force, Islam couldn’t be undermined. Rather, it has gained ground and biggest conversion rate to Islam is in USA. Growing isolation of the US in the world has blurred ‘American Century’ dream.

The US can recover ground if the leadership changes its posture from arrogance to affability, restrain Pentagon from adventurism, CIA from covert operations and media from propaganda war, gets rid of perverse influence of Israel, India and UK, decentralize power concentrated in the hands of 1% American elites, formulate even-handed global policies to make the world peaceful and last but not least, mend fences with the Muslim world.