Who will be caretaker prime minister?” 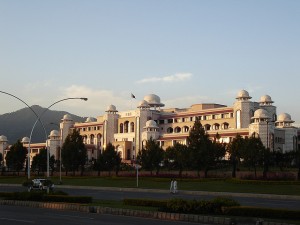 Mr Najam Sethi’s September 17 article in The News “Who will be caretaker prime minister?” (in the interim setup for conducting next general elections) must have been read with keen interest; it shows how deep has the Aapas ki Baat-fame journalist an ingress in the circles of power. His article seems sowing seeds of many divides: that (a) government and army are not on same page; (b) Zardari and Nawaz are a duo, and the duo is helpless against the army that controls Balochistan through FC; (c) Mengals are the only Sardars and Marris are the only Nawabs in Balochistan, not the Magsis or Raisanis, etc; (d) the people of Balochistan who are the worst sufferers and actual stakeholders, do not exist in the scheme of things. This ‘theory’ leads us to believe that the military has been isolated from the national mainstream, as well as attempted to be made a party, particularly in Balochistan against the Sardars-Nawabs duo and insurgents-people uprising.

Therefore, the army would ultimately be the sole target of internal and external pressures. Very interestingly Mr Sethi has recognized that there is an Indian and foreign hand involved in Balochistan, a fact which the pro-India lobbyists have lately been refusing to accept. Secondly, the pro-independent Balochistan propagandists who base their campaign on enumerating sufferings of the people of the province seem to revolve around certain Nawabs and Sardars.

The trumpeted pain seems unreal. The army is being projected as the brute force, using FC as its extension. The targeting is so direct and audacious that the collaborators seem to clinch the Balochistan Trophy out of the Great Game. The scenario is being painted as that of the pre-1971East Pakistan, where cleansing of Punjabis and non-Balochs is under way under a well-thought out plan. A systematic realization amongst the Punjabis and Pakhtuns is being injected to raise the issue that ends up in creating clear lines of ethnic divide. The deliberate apathy on part of provincial government, civil administration and Sardars in power and cosmetic concern on part of the federal government have left the area as if on the mercy of FC. The Centre and the federal government are doing less towards rising up to the situation.

Instead a UN working group has been invited to internationalize the issue and invite world interference. In the IG FC, Major General Obaid’s words, the FC is the only difference between a Balochistan of today and tomorrow. The question is who is really responsible to put the house in order; who is not doing enough in accordance with the mandate entrusted through people’s vote? And if the Zardari-Nawaz duo is honestly sincere in bringing back the angry Baloch leaders to let them handle their own affairs, the idea being given to Sardar Mengal not to accept the PM’s slot for interim setup, itself doesn’t help towards correcting wrongs in Balochistan. Who cares?