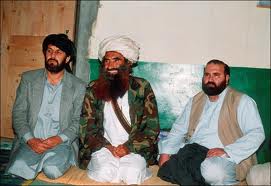 American top officials have continuously accused Pakistan Army and country’s intelligence agency, ISI of supporting North Waziristan-based Haqqani network for killing Americans in Afghanistan. In June, this year, US Defence Secretary of State, Leon Panetta repeatedly stated that drone attacks would continue on safe havens of terrorists Pakistan offered to insurgents in Afghanistan, while blaming the Haqqani insurgents for some of the deadliest attacks in Afghanistan.

In fact, as part of conspiracy against Pakistan in order to continue intermittent predator strikes on North Waziristan, and to make ground for a full-fledged invasion of tribal areas, especially against Haqqani militants, on September 7, this year, US designated the Haqqani network a foreign terrorist organisation.

In response, to US move, on September 8, Taliban said that there was “no separate entity in Afghanistan by the name of Haqqani,” adding that the network’s founder and its fighters were totally loyal to Taliban supreme leader Mullah Omar.”  They stated that such moves against its members in the past had no impact on their war of liberation, and “This latest announcement will also be ineffective.”

During her visit to Islamabad in October 20, 2011, US Secretary of State Hillary Clinton agreed with Pakistan’s stance, saying, “Now US is realising that launching new military operation in North Waziristan does not suit Pakistan’s situation.” She had emphasised Islamabad to help and “encourage Taliban and Haqqani militants to enter negotiations in good faith,” adding that “Pakistan has a critical role to play in supporting Afghan reconciliation and ending the conflict.”

While responding to Hillary Clinton’s statement with skepticism, a senior Haqqani commander told Reuters on October 25, 2011 that the “Afghan Haqqani group will not take part in any peace talks with the United States which will not be able to find a possible solution to the Afghan conflict unless they hold talks with the Taliban—led by the Taliban leadership seriously. He revealed, “Americans had made several attempts for talks which we rejected as we are an integral part of the Taliban led by Mullah Omar…we are united to liberate our homeland-Afghanistan.”

It is of particular attention that on September 17, 2012, in a rare interview by telephone from an undisclosed location, leader of the Haqqani militant network, Sirajuddin Haqqani disclosed that the group has become so confident after battlefield gains in Afghanistan that “it no longer has sanctuaries in Pakistan, and instead, felt secure inside Afghanistan.”

Pakistan’s Federal Interior Minister Rehman Malik also remarked on July 12 that Haqqani network was an Afghan entity and Pakistan had nothing to do with it.

On the other hand, by self-created differentiation between Taliban led by Mullah Umer and Haqqani group, US intends to implement anti-Pakistan designs. In this regard, in the last 10 months, strikes by the CIA-operated unmanned aircraft on North Waziristan have coincided with the statements of US high officials who have accelerated their pressure on Islamabad to launch joint military operations in North Wazirisan. America which has always emphasised Pakistan to ‘do more’ against the militants has now focused North Waziristan. For this aim, their media and high officials have started a well-organised campaign in the western countries that Haqqanis are the real terrorists who are perennially targeting NATO installations in Afghanistan. Another aim is to get the sympathies of other NATO countries to invade North Wiziristan.

Meanwhile, Indian officials and media have also started propaganda by projecting that US troops may get directly involved in North Waziristan in case Pakistan Army undertakes an operation in that area. New Delhi is creating doubts about Pakistan’s commitment in relation to war against terrorism and its cooperation with US and international community.

Besides, false reports had already started by the US and foreign media just after the meeting of DG ISI Lt. Gen. Zaheerul Islam with CIA Director David Petraeus. In this context, the Wall Street Journal pointed out on August 4, “the two spy chiefs agreed on joint counter terrorism campaigns and operations in Afghanistan and Pakistan…the campaigns would target the sanctuaries of Haqqani militant group in North Waziristan.” The Journal explained, “Pakistanis have named the planned offensive in North Waziristan as Operation, Tight Screw.”

On August 15, US State Department spokeswoman also stated that the US was in talks with Pakistan and Afghanistan on joint action against Haqqani group.

It was due to the rumours spread by external media and also unfortunately by our internal political parties and media that in the recent past, reports of military operation in North Waziristan caused a lot of panic among the majority of locals who began fleeing the area.

Notably, on August 7, a military spokesman also rejected the report of the Wall Street Journal and other media speculations about joint operation (Tight Screw) in North Waziristan. Taking cognisance of US intentions and baseless media reports, after his meeting with Gen. James N. Mattis, Commander US CENTCOM, on August 17, Chief of Army Staff Gen. Ashfaq Parvez Kayani categorically dispelled the speculative reporting in foreign media regarding joint operations in North Waziristan. He reiterated, “We might, if necessary, undertake operations in NWA, in the timeframe of our choosing and requirements” as “determined only by our political and military requirements. It will never be a result of any outside pressure.”

In fact, US has been building international pressure on Pakistan to launch military operation in North Waziristan. Under this pretext, America seeks to fulfill a number of sinister designs. First, US wants that like the militants of Tehreek-e-Taliban Pakistan (TTP), Haqqanis must also conduct acts of sabotage in Pakistan owing to the drone attacks which would result in more terrorism in Pakistan as these strikes are already provoking the tribal people against Pakistan’s security forces, and are increasing recruitment of insurgents. Second, now US seeks to incite the Haqqanis against Pakistan’s security forces. Third, by setting aside the resolution of parliament, new rapprochement between Islamabad and Washington after the reopening of NATO supply routes to Afghanistan in wake of public protests, and despite the opposition of civil and military leadership, without bothering for any internal backlash, America wants to create a rift between Pak Army on one side and the political and religious parties led by people on the other. And on October 6, Chairman Imran Khan of Pakistan Tehreek-e-Insaf has launched a ‘peace march’ to South Waziristan so as to protest against the drone strikes, while Taliban has stated that Imran Khan is doing it for political purposes to gain people’s sympathies.

Fourth, under the cover of Haqqani militants, US-led NATO forces want to make Pakistan a scapegoat of their defeat in Afghanistan, and want to pacify their public by raising false allegations against Pak Army and ISI. Fifth, American President Obama also intends to win second tenure in the presidential election by shifting blame game of US misadventure in Afghanistan towards Islamabad. Sixth, Pakistan is the only nuclear country in the Islamic World. Hence, US, India and Israel seem determined to weaken it by targeting the North Waziristan by propaganda that safe havens of Haqqani insurgents exist in Pakistan. In this context, other subversive activities arranged by American CIA, Indian RAW and Israeli Mossad in various cities of Pakistan, particularly in Balochistan are also part of the same game.

However, America must grasp ground realties; if it is serious in establishing stability and peace in Afghanistan with the assistance of Pakistan as NATO troops are going to commence withdrawal from Afghanistan, which will be completed in 2014. In this regard, first of all, it should end blame game against Islamabad in relation to sanctuaries of Haqqani militants in Pak tribal areas including all anti-Pakistan activities. America should also take notice that since April 2011, heavily-armed insurgents from Afghanistan’s side entered Pakistan’s region intermittently, targeting the security check posts and other infrastructure. US-led NATO forces must end this infiltration including drone attacks on tribal areas. US should also know that Pak-Afghan border is porous with heavy terrain. So, appropriate coordination between NATO and Pakistan forces is essential to prevent cross-border incursions.

Consequently, instead of insisting upon military operation in North Waziristan, America must realise the fact that “Haqqani Network’ is a fake created nick of CIA, RAW and Afghan sponsored Taliban. “Real freedom fighter Haqqani”   might not be of that Pashtune fighter who is struggling against Americans occupation only.

Sajjad Shaukat writes on international affairs and is author of the book: US vs Islamic Militants, Invisible Balance of Power: Dangerous Shift in International Affairs